Brendon Gibbens Has a Fleet of Surfcraft For Skyward Journeys 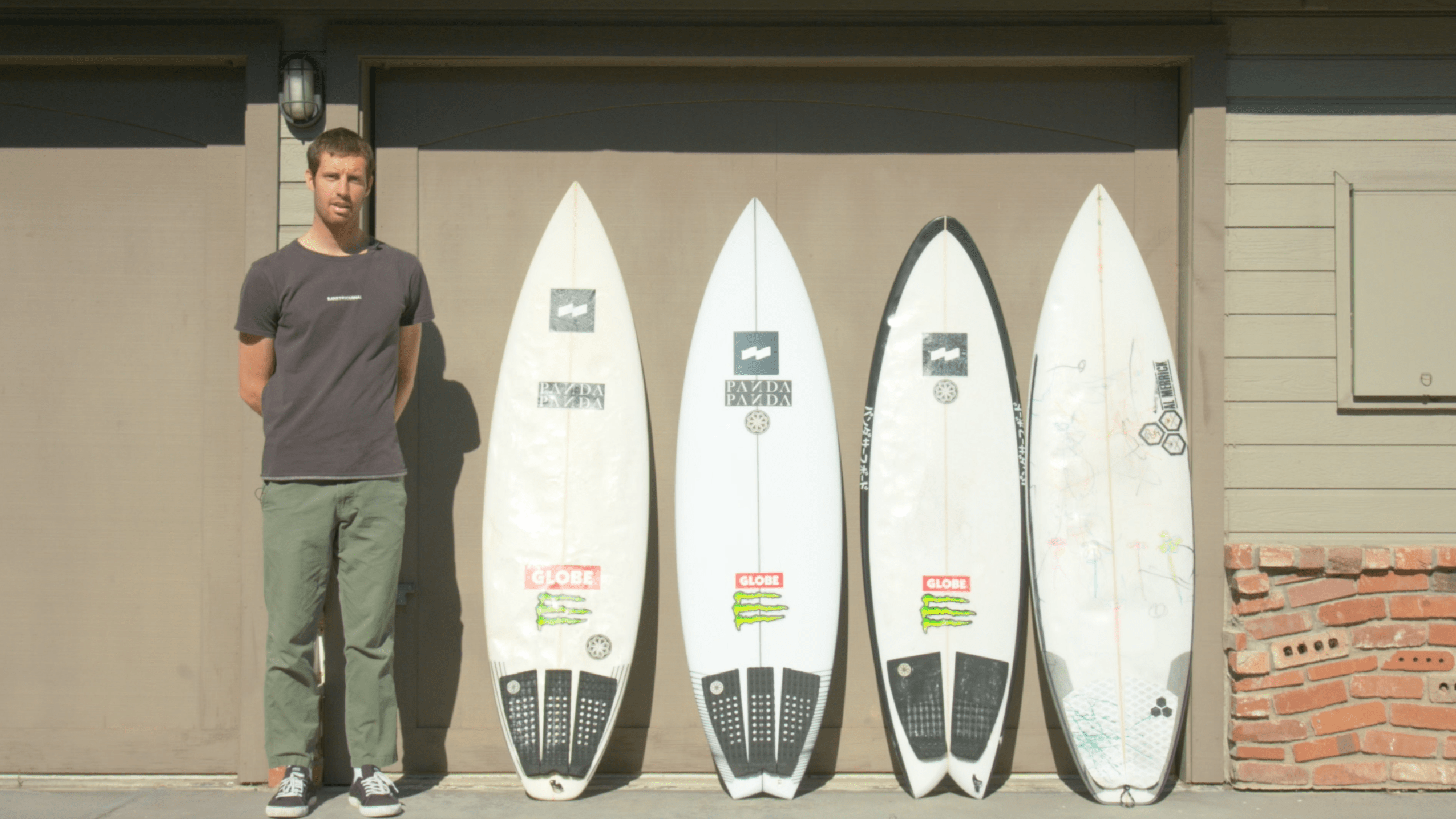 Whether he admits it or not, Brendon Gibbens enjoys being out of the water more than actually in it. We’re talking high-and-dry, above-the-lip surfing here, folks. So his choice in surfboards must enable a jet-like propulsion before the inevitable blast-off, be it on the majestic walls of J-Bay or in SoCal’s mushy beachbreaks. A five-year relationship with shaper Blake Peters of the Newport Beach-based Panda Surfboards has resulted in countless intergalactic air ships with a mere two duds (the surfer-shaper duo settled on blaming the blanks acquired from an unfamiliar source).

While Peters’ blades make up most of Gibbens’ California quiver, he’s taken Panda’s well-rounded “The Norts” model back to the motherland and scored heaps of quality waves around Cape Town and beyond. Peters also procured a funky-looking-but-functional quad/twinny hybrid, which Gibbens surfed miraculously well out at Cloudbreak.

“I never learned all the technical aspects of a board, like the concaves and whatever,” Gibbens says. “I’ve just always relied on that initial first wave on a new board. It’s how you know if a board is going to be good or not. It’s quite rare for me to get a board and ride it and then find it’s a lot better than I initially thought it was.”

But that doesn’t mean his best sessions are necessarily his first sessions when it comes to a fresh stick.

“My shaper in South Africa — DVG Shapes, Dave van Ginkel is his name — he has this analogy of comparing a surfboard to a favorite pair of shoes,” Gibbens says. “If you get a new pair of shoes, they’re almost too new and don’t feel good. You need to break them in. And I find that’s quite true about boards. A new board is beautiful…clean, but I really like it when you surf it a few times and give it a few pressure dents — really just lay your footprint into it.”

Perhaps this is why, in the newest episode of “Quivers” above, he’s raving about a used Channel Islands shape he nabbed from Dane Reynolds on a trip to Portugal. But no matter the shaper or the time peg of the board’s lifespan, Gibbens has an uncanny sense for the crafts that propel him inside, outside, upside down and all around when he’s riding waves.

To get a closer look at Bendon’s four-board arsenal, press play in our newest episode of “Quivers” above.

Featured boards in order of appearance:

“The Norts” by Panda Surfboards

“The Sweetleaf” by Panda Surfboards

“The Shrizz” by Panda Surfboards