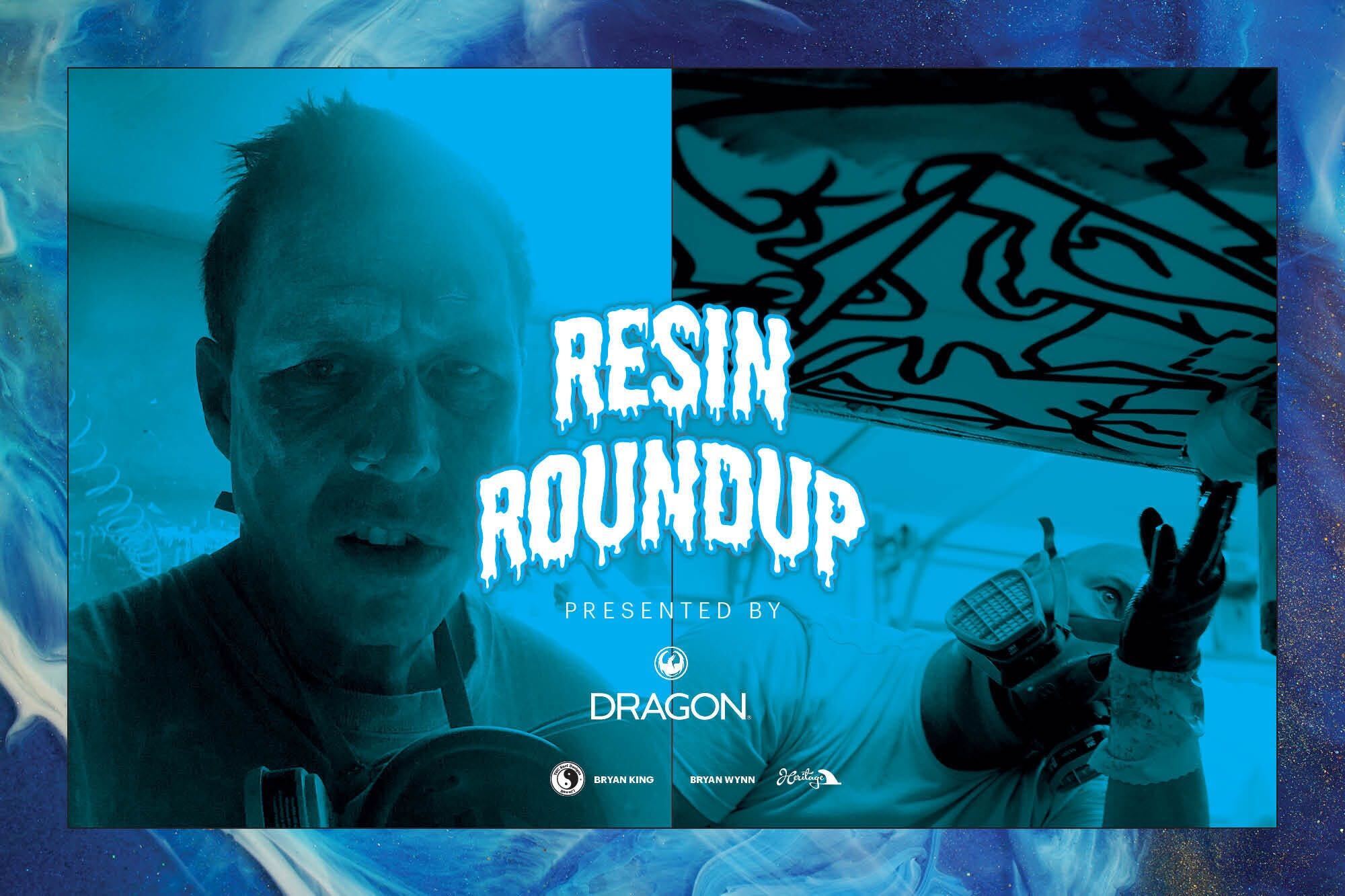 Your favorite tripped-out surfboard art competition, the Resin Roundup, is back next week when you’ll be able to feast your eyes on some of the most beautiful abstract resin designs by world-class artists and vote for who poured it best. The first matchup features legendary glassers representing two of surfing’s most iconic surf shops and board brands: Hawaii’s Town & Country Surf Designs and New Jersey’s Heritage. Let’s meet the artists behind the boards, shall we?

[Above: if you think this Brian King-glassed craft is pretty, just wait to see his entry into the competition]

When T&C entered into this year’s Resin Roundup, they recruited a pinch hitter — err, pinch pourer? — in Brian King. King runs his own glassing operation on the North Shore and is one of the most respected laminators around, glassing boards for some pretty heavy hitters. Like John John Florence, for example — perhaps you’ve heard of him? Oh, and fellow world champ Tyler Wright, too. “I glass a lot of boards of consequence,” he says, and by that he means boards ridden in waves of consequence, often with things like elite-level contests and world titles on the line. So, yeah, he knows his way around a glassing bay. He should, he glassed his first board 42 years ago and has been a full-time glasser for more than 20 years now. Want to get a board glassed to tackle serious North Shore action? Give King a call, maybe ping him at his IG account, @BraBraSurf.

King is also great for stories about “The North Shore”. No, not the place (although probably that, too), but the 1987 movie. He’s part of the inspiration, along with legendary sander Charlie Walker, for the character Turtle, played by John Philbin. He also helped write the movie. “I’ve stolen girls from Philbin, been in fights with the guy, but we’re friends,” King says. You can either credit or blame King for Turtle’s pidgin speak in the movie too. When you’ve been imitating Turtle, you’ve really been imitating King.