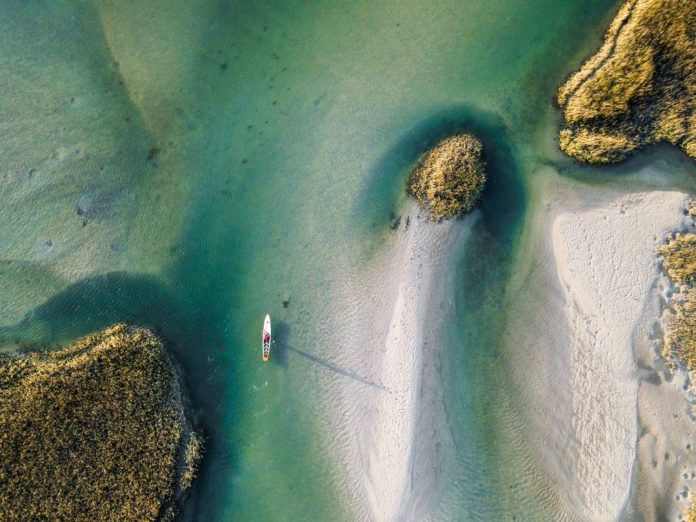 Some of you may not have noticed this guy cross the finish line at the 2022 Carolina Cup 13.2 mile Graveyard race, but Scott Johnson’s finish may have been the greatest highlight to an already stellar day of racing in Wrightsville Beach, North Carolina.

You see, Scott Johnson is a double lung transplant survivor.  Scott was diagnosed with Cystic Fibrosis at an early age and the fact that he completed 13.2 miles of paddling on the Graveyard course tells a story unto itself.

“Double or Nothing”: Upcoming Film About Resilience & Hope

Scott Johnson’s story is not ‘usual’. Most people diagnosed with Cystic Fibrosis, a genetic degenerative lung disease, are not able to compete on the level that Scott Johnson just represented at the Carolina Cup. Neither are most able to do what he is preparing for in the near future which is paddle 80 non-stop miles from Bimini to the Florida coastline in this year’s Crossing for Cystic Fibrosis event.

Scott Johnson is, quite simply, a walking, breathing, paddling symbol of HOPE for all of us.  His journey is not an easy one. You can read a recent interview we did with Scott in the FALL 2021 issue of Standup Journal.

The resilience of this CF warrior is something we can all tap into. The singular strength to beat the odds of this disease, survive double lung transplants and then come back to compete in multiple Iron Man events, the Graveyard course at the 2022 Carolina Cup and, next, to paddle across the Florida Strait as part of this year’s Crossing for Cystic Fibrosis are all extra-ordinary achievements.  In fact, we – at Standup Journal – are riveted by them.

Scott Johnson’s story includes his wish to give hope to his community. Therefore, he has agreed to film his life story.  ‘Double or Nothing‘, the title of this film echoes the miracle of Scott’s successful double lung transplant and his 20-year anniversary since the operation. It is also the name of this fundraising team for this year’s 80-mile paddle. The upcoming nighttime paddle on June 25-26th, open ocean hardship and Scott’s efforts will all be captured moment-by-moment for the upcoming film.

Be a part of this extraordinary telling of a story of hope and resilience by offering support to the KICKSTARTER CAMPAIGN for the film HERE.  Watch the trailer in link provided and be inspired by one man’s courage and commitment to live his life against the odds.