The Black Surfing Association is Empowering Black Youth in Rockaway 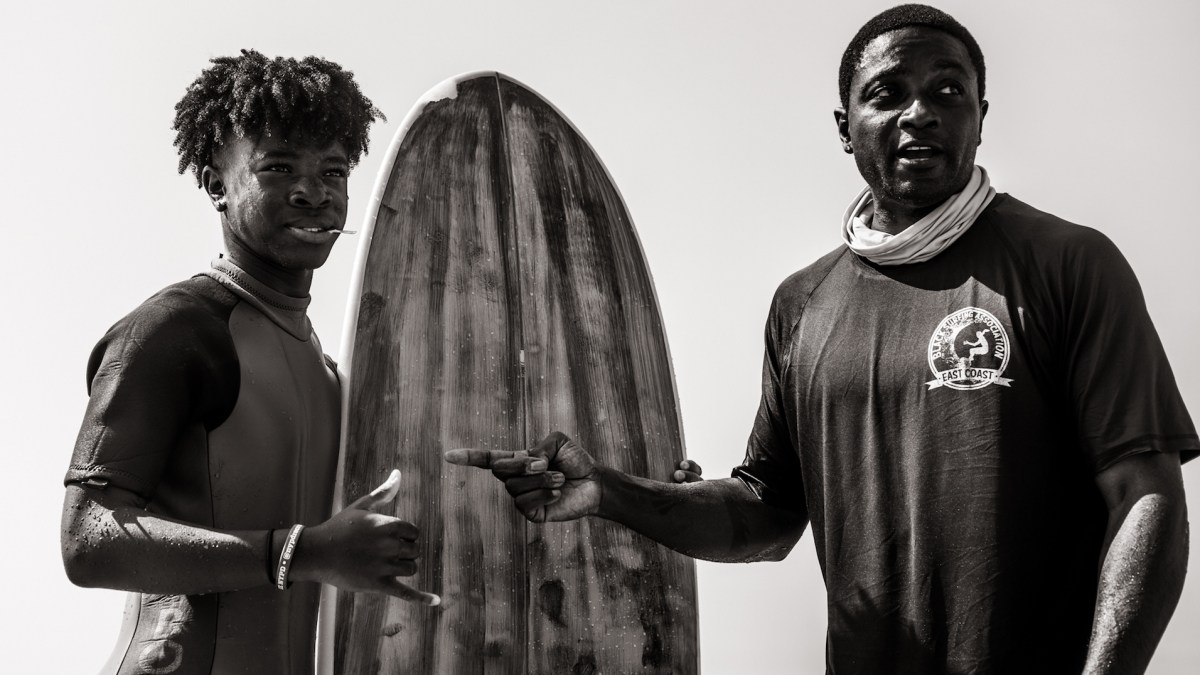 Harris took a job working as a doorman at a high-end, Upper East Side apartment building, opting for the otherwise dreaded 12 a.m. to 9 a.m. graveyard shift just so that he could be at the beach in the Rockaways to begin free surf lessons at 11a.m., which he runs until 1 p.m. on weekdays in the summer and occasionally in the winter. He tries to be home and ideally in bed by 2 p.m. so he can catch enough shut-eye to be back in uptown Manhattan for work again by midnight. On Saturdays, when he’s not working, “Mr. Lou”, as his students call him, starts lessons at 9 a.m.

Lately, the surfing community at large has been organizing paddle outs in solidarity with the Black Lives Matter movement, holding memorials for Breonna Taylor and George Floyd, among the countless others who’ve also lost their lives to systemic racism and police brutality. At the time of this writing, the East Coast Chapter of the Black Surfing Association has held three such events this spring and summer. On June 5, Harris and co. held a paddle out for Breonna Taylor, a 26-year-old EMT who was shot and killed by officers who forced their way into her home in the middle of the night in Louisville, Kentucky. The following day, adding a layer of symbolism to the paddle-out ritual, Harris led an 8-block paddle in honor of George Floyd, who was killed by police in Minneapolis, Minnesota after being pinned to the ground and suffocated for over 8 minutes. Some 350 surfers showed up in support.

The paddle culminated in a circle at Beach 83rd Street, where the protesters held hands, raised their fists, and chanted “No justice, no peace”.

At the time of this writing, two more paddle outs have taken place since, with surfers carrying flowers, holding signs in support of Black Lives Matter and against systemic racism, and chanting the names of Taylor, Floyd and others. On Saturday, August 22, Harris led surfers from Rockaway’s Beach 73rd Street in a 13-block paddle for Taylor, who was killed on March 13. The paddle culminated in a circle at Beach 83rd Street, where the protesters held hands, raised their fists, and chanted “No justice, no peace”. Back on shore, even more protesters walked the 13 blocks in solidarity.