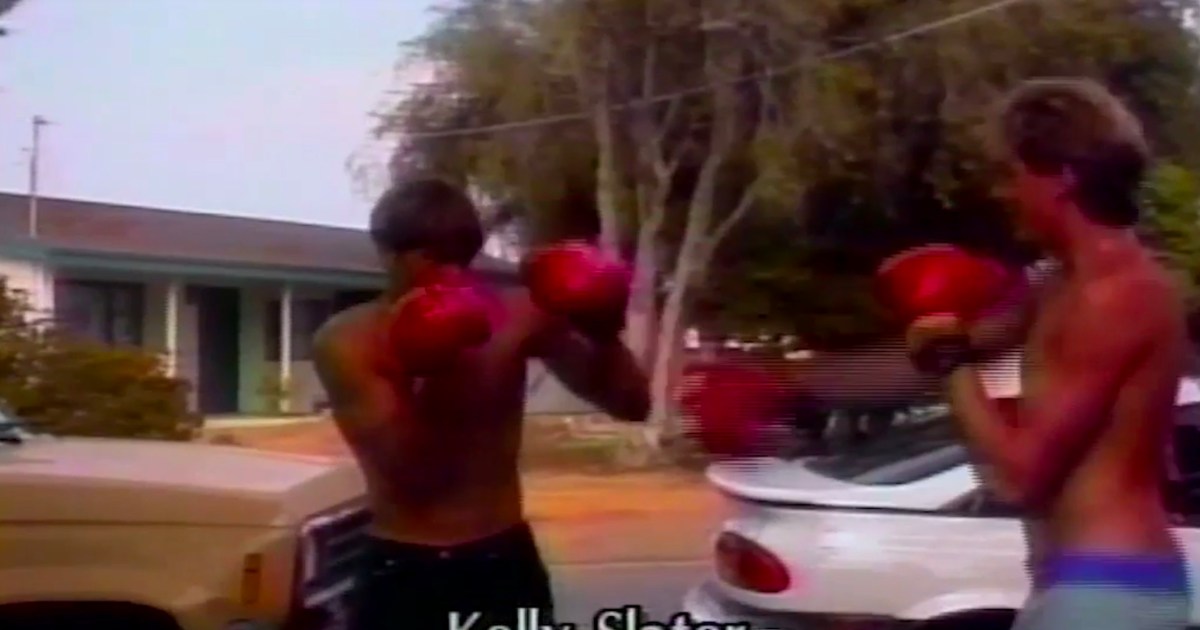 In 1992 Kelly Slater won his first world title. That same year, he also earned his first (of many) closing sections in a Taylor Steele film, “Momentum”.

Scored to an epic Bad Religion track, the section features the new-school approach that won Slater his maiden world title. But the best part isn’t the surfing. It’s the opener: A boxing match between Slater and then pro-bodyboarder Paul Roach, who clocks Slater straightaway, causing him to rip off his gloves and forfeit the match in frustration 20 seconds in. “I’ve got surf tomorrow. I’m outta here,” says Slater. “Let’s go video some surfing.”

Revisit above in this week’s throwback clip of the week.