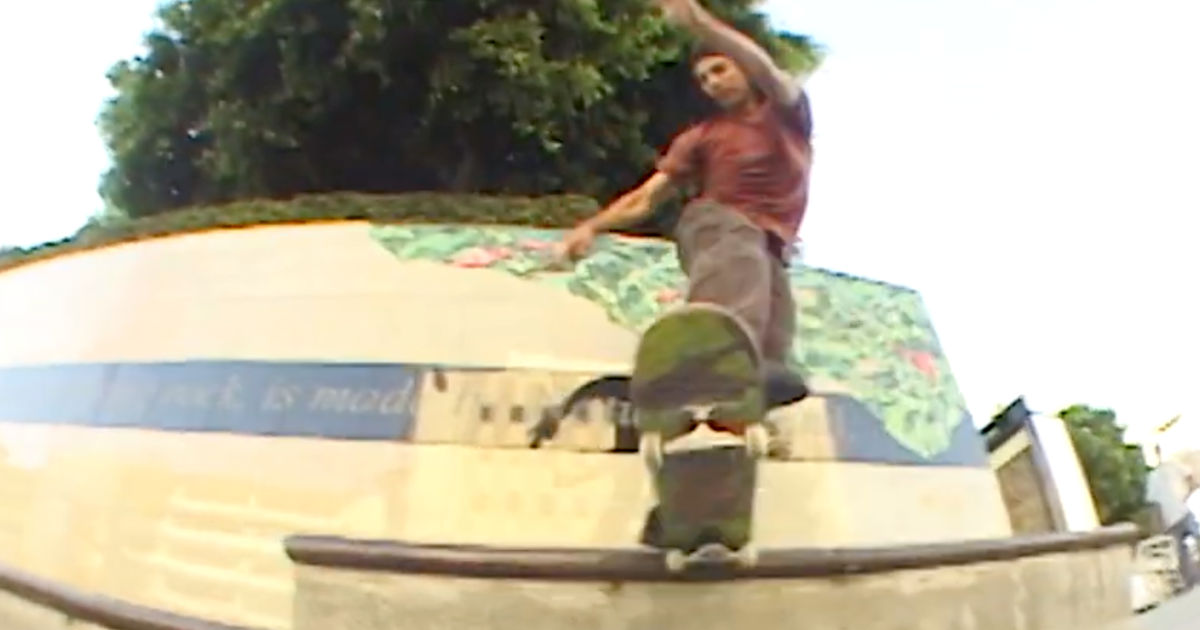 Alex Olson stayed with Daniel (Shimizu) and I for a few months. He was so mature and cool for his age, I think he was 16. He would cook his own food, clean up after himself, and he wasn’t loud, actually he was quiet. The perfect type of house guest. His style was awesome, I think he was getting boards from Alien OR Toy Machine, but as we all know he ended up on Girl (pre 917). This is the second time that blue barrier has shown up on my tapes, I found it somewhere and kept it at our apartment. Every now and then I would find a spot and bring it there.

Some filming inspiration: I was very into Fred Montage, Kirk Dianda, Ty Evans, and Jon Holland’s filming style. Fred’s rolling long lens and zooms were a big inspiration. I know I tried (and copied) how he shot stuff. I have a feeling he was inspired by another filmmaker as well. I get pretty annoyed about today’s filming style. It’s my opinion that most filmmakers are copying a certain look. It could be full circle—maybe that’s how Ty, Greg, Fred, and Kirk felt about me..? Like I was just copying them and wasn’t original, but I have no clue. Of course this is my opinion.

PS: I’m not to the point in my tapes yet, but I do remember a “breakthrough” on one of my many filming trips to Spain where I stayed with Oliver Barton. Ollie showed me this amazing documentary Baraka and that opened the floodgates of ideas. I wanted to emulate that film with skating—lots of time lapse, incorporate the city and people with tricks, and show how cool these spots and locations looked that we were skating at. But of course that wasn’t just shooting, I would need to mesh that with a certain editing style.