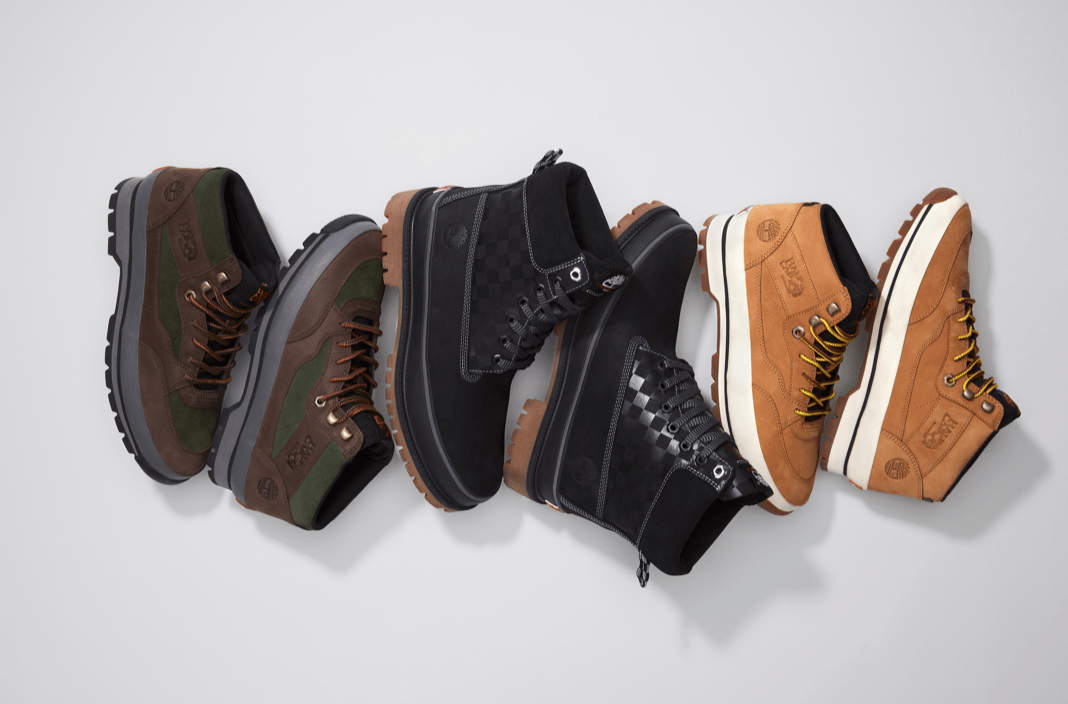 Vans’ iconic Half Cab, a storied skate shoe that was first released in 1992, is nearing the culmination of its year-long 30th-anniversary celebration. Over the past 12 months, a set of releases that encapsulates the Half Cab’s wide-reaching cultural influence have hit shelves, so for the grand finale, it’s only right for the Half Cab to head down a bold new trail and into the world of Timberland. Vans and Timberland have come together for an entirely new hybrid silhouette dubbed the Vans Skateboarding x Timberland Half Cab Hiker, a design that’s half skate shoe, half hiking boot and entirely unique.

The Half Cab Hiker draws equal inspiration from the Half Cab and Timberland’s Euro Hiker, a lightweight yet surprisingly sturdy hiking boot created in 1988 that, just like the Half Cab, has transcended its original purpose to be adopted by a variety of subcultures worldwide. The Euro Hiker’s clean silhouette, earth-inspired colorways and outdoor cred have made it a wintertime staple for style-conscious city dwellers – much in the same way skaters still look to the Half Cab for timeless performance.