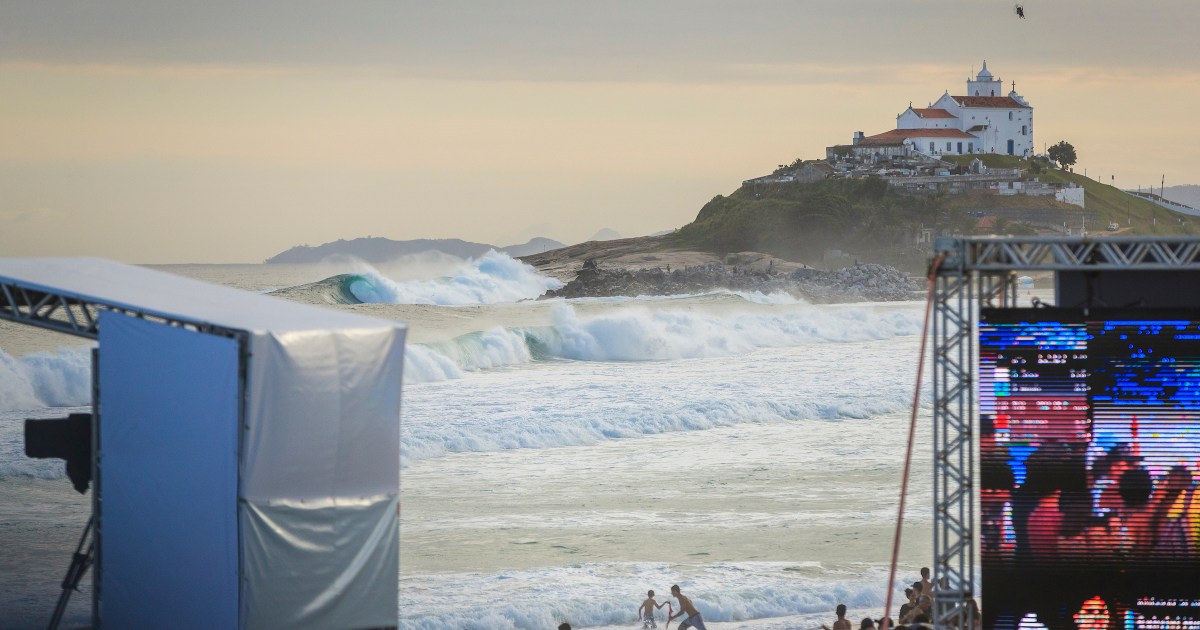 On the heels of a rather quickly executed event in El Salvador, the ‘CT is now heading to Brazil where the Oi Rio Pro will commence in the next couple of days. As the eighth stop on Tour, the Oi Rio Pro will have a big impact on who’s heading to Trestles to compete in the WSL’s finals. With a few major names out with an injury (JJF, Slater and Seth Moniz), wildcards have the opportunity to be a part of some major shake-ups. Continue reading for the WSL’s breakdownof which wildcards will competing in Brazil over the next week:

Gabriel Medina (BRA) and Caroline Marks (USA) will continue to compete in the back-half of the 2022 WSL CT competitions as the WSL season wildcards.

John John Florence (HAW) has withdrawn from the Oi Rio Pro to continue his recovery from a torn MCL and will be replaced by Michael Rodrigues(BRA), the highest-ranked Brazilian surfer on the men’s Challenger Series. Seth Moniz (HAW) continues to recover from his knee injury and will be replaced by Miguel Tudela (PER), the men’s Latin America Qualifying Series rankings’ leader. Yago Dora (BRA), the 2023 WSL season wildcard and 2022 injury replacement, will replace 11-time WSL Champion Kelly Slater (USA), who has withdrawn due to injury.

Sol Aguirre (PER) will join the world’s best surfers as the Oi Rio Pro wildcard, following her success at the Copa Sails of Change Galápagos and ROXY Iquique Pro Qualifying Series events. João Chianca (BRA) will return to the CT as the men’s event wildcard. Chianca was a standout in the first half of the CT season but missed the opportunity to advance after falling below the Mid-season Cut.

The 2021 CT runner-up and the current rankings leader, Filipe Toledo (BRA), is the best surfer in the 5-year history of Oi Rio Pro, winning three of the five events held between 2015 and 2019. Toledo won the first Oi Rio Pro in 2015, with the first two 10-point rides in the event’s history, at Postinho, Barra da Tijuca. The other two titles were in 2018 and 2019 in Saquarema, where Toledo only lost one heat in the three-year history on the Brazilian leg of the CT.

Five-time WSL Champion and Olympic Gold medalist, Carissa Moore (HAW), leads the CT rankings by 1,775 points heading into the Oi Rio Pro. Having entered into last year’s Rip Curl WSL Finals as the top-seeded surfer, Moore is out to keep that advantage by continuing her lead on the field. Since joining the CT, Moore has found much success in Brazil with consistent placings in the Quarterfinals or higher, along with her runner-up finish in the last edition of the Oi Rio Pro in 2019.