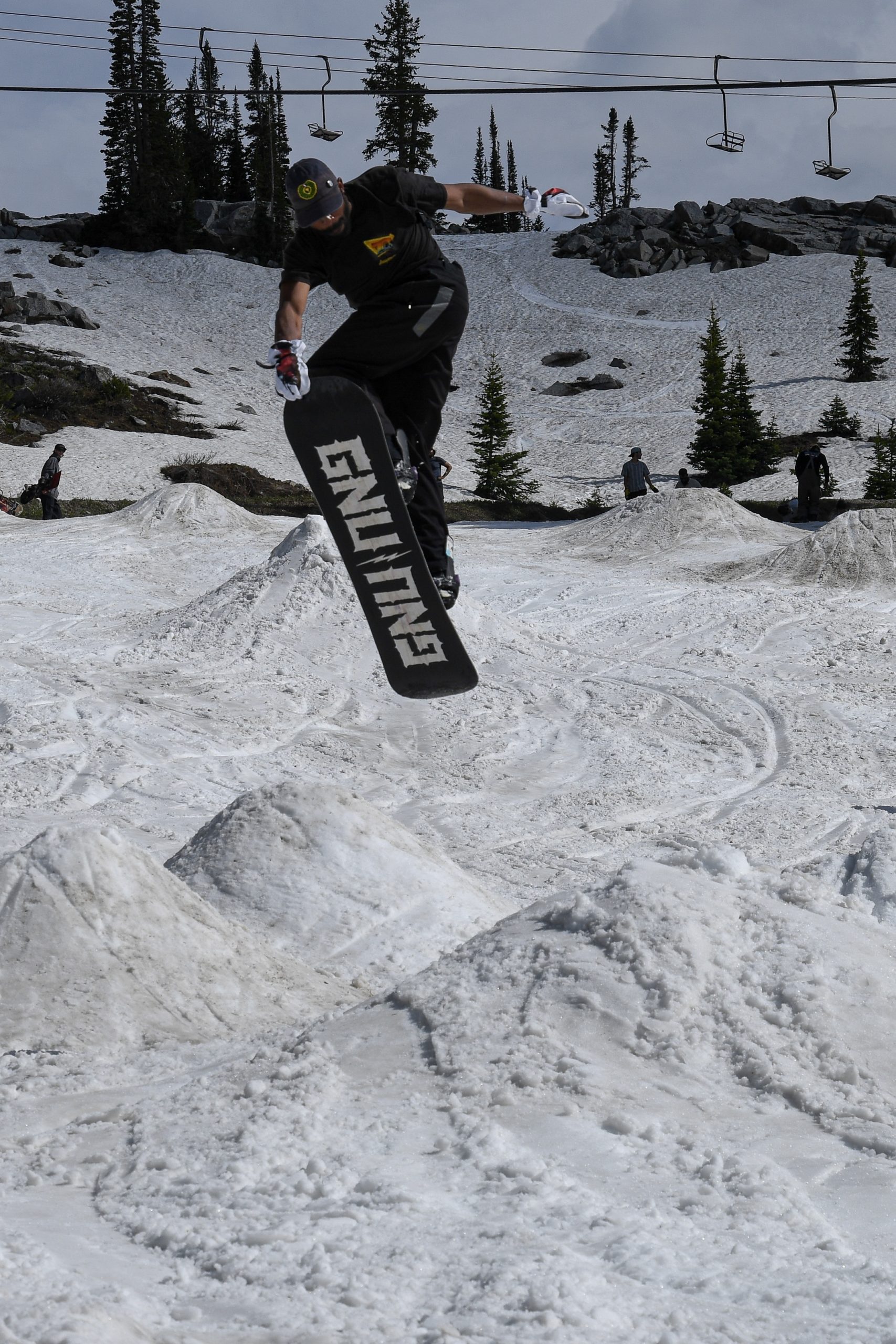 Growing up for me was nothing short of unconventional. I’m so grateful to have had the privilege of traveling and moving around most of my childhood. Being adopted, Black and bilingual set me apart wherever my family decided to settle. My loving parents were determined to see my sister and I grow and succeed, no matter what. After a few years of trying my hand at whichever sport my parents thought might pique my interest, an uncle of mine gave me my first snowboard video. The video clips of Jamie Lynn, Mark Landvik, and Willé Yli-llouma and loud music branded the thought of sliding sideways down a frozen hill into my young mind.

My first few thoughts about snowboarding were, “Are there any guys or gals out there like me?” and “How many Black snowboarders are actually out there?” The short answers I received at the time were, “Seek them out yourself” and “Very few.”

Names like Ben Hinkley, Keir Dillon, Russell Winfield, Gabby Maiden, Kody Williams, Durrell Williams and Stevie Bell became my heroes. These humans were (and still are) pioneers in action sports, making their marks on arguably the whitest sport on earth. Seeing this determination in other snowboarders of color inspired me to push past the many times my fingers, toes, and feelings would go numb in order to accomplish my goals on my board and in life.

A few years later, I was fortunate to relocate to Utah to pursue snowboarding full time and began receiving support from Technine Snowboards. Around the same time, Cole Taylor split off from the brand, and Homer Davis, the East Coast rep for T9 at the time, filled the role as U.S. team manager later that year. He had invited me on what was my first team trip to Whistler that summer and I was beyond nervous. Nothing can describe the feeling of relief showing up in the Seattle airport, knowing nobody, and finding another Black man smiling and sitting on a boardbag! Homer was warm and welcoming, but rough around the edges, which eased my apprehensions completely. From that moment on, there was an underlying sense of belonging and calm for me. Snowboarding wasn’t so cold anymore and backhanded compliments I received became something to laugh about instead of being so hurtful or discouraging.

Fast forward a year and I was working as a coach up on Mt. Hood. Technine had added me to their Global Team that winter and I was still riding the high of attending my first Superpark at Mammoth, but it still felt like my accomplishments weren’t celebrated to the extent of others in similar positions to myself at the time. How was it that you could be in the right place at the right time, know the right people, get the shot, and still be deemed “unmarketable” by some higher-up at a brand that claims to support you? Representation is something everyone strives for in life, work, art, etc., but being an outsider in your respective field makes that infinitely harder.

I’d recently met Jesse (Burtner) and Dave (Marx) from Mervin and was thinking of making a sponsor change. I often found myself riding and hiking the same features as the creative and high energy crew that Lib and Gnu brought out (to Hood) for the week. However, the idea of starting from ground zero with another company gave me a massive pit in my stomach. “What if hanging out with the people who I gel with personally is the death stroke for me in snowboarding? Homer is gonna be pissed.“ With quivering hands and a shaky voice, I called Homer for the last time to tell him I was moving on from Technine. Instead of confusion or anger at the news, he congratulated me for taking the steps I needed to in order to grow as a snowboarder and a human. The love and life lessons Homer shared with me and my teammates at that time shaped a lot of how I see snowboarding now and I wish to pass that warm and accepting attitude on to others.

The feeling of acceptance is novel in snowboarding for those who don’t fit into the toxic box of stereotypes that snowboarding is building for itself. Thankfully the sport is still relatively young and perceptions of our group can change. Skateboarders have set a wonderful example in recent years and it’s nice to see snowboarding moving in a more inclusive direction. 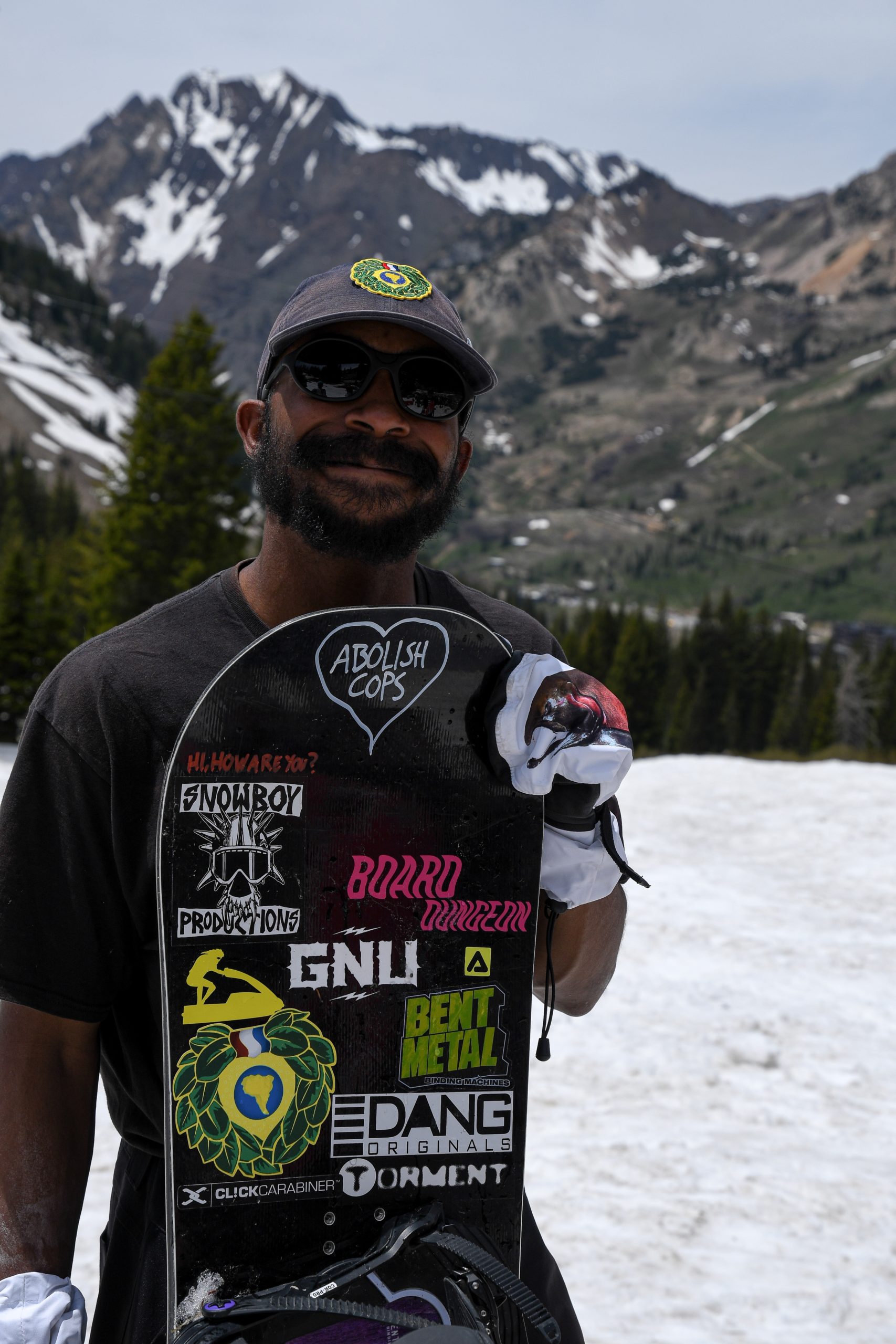 Due to nationwide uproar, the difficult conversations of racial equality and representation have been raised on all fronts. Diversity brings new ideas, perspectives, and people from all walks of life into shaping how we solve problems for the world at large. Snowboarding has the opportunity to grow as a whole and we can all learn more about how to work towards celebrating everyone’s unique qualities. Board sports rose out of the need for misfits to have a place in the world.

The fact of the matter is, snowboarding very quickly strayed from that and turned a blind eye to seeing more than the next trick-jump-trick progression or crazy big roof-to-roof transfer. Highlighting the misfit groups in snowboarding is vital now more than ever so everyone has a role model or two to grow up watching and to learn from. We can all learn from each other and grow to be more tolerant. Listen to your friends, ask questions, and use what you’ve learned to improve the world for everyone around you. Support brands that support good people and good causes. Money talks!

If you are boarding in Utah, chances are you’ll run into Michael McDaniel. Originally hailing from Mt. High, McDaniel landed in Brighton a few years ago and has since become ingrained in the Salt Lake scene under the @_tropic_thunder moniker. Between his clips in countless edits coming out of the Wasatch, Michael coached a bit with the Park City Snowboard Team and worked in online marketing before the COVID-19 shutdown. McDaniel currently rides for GNU, Bent Metal Binding Works, Dang Shades, Guayaki, Salmon Arms, Board Dungeon and Airblaster… but if you talk to him you know he is mostly just riding for the love of it.