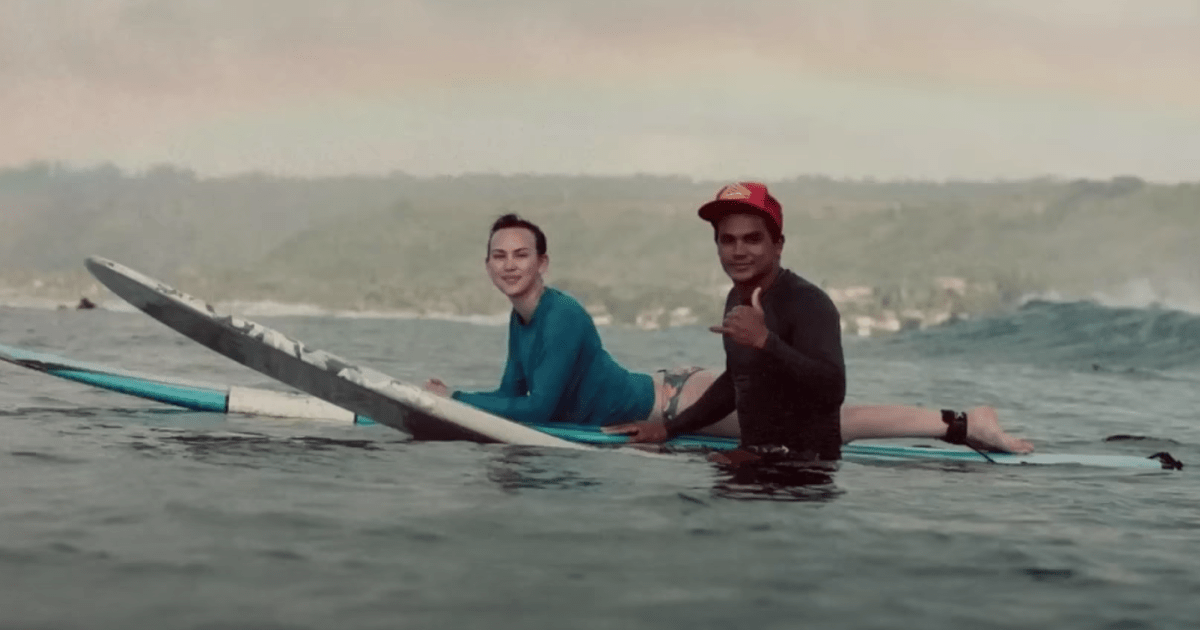 This past weekend during the Da Hui Backdoor Shootout, Hawaiian charger Kala Grace suffered a serious head injury that left him unconscious and needing to be rescued by the Hawaiian Water Patrol. Grace was rushed to the ICU, where he’s currently receiving treatment for lung injuries and face lacerations.

His father started a GoFundMe page to collect donations to cover Grace’s medical treatment. Click here to check out the page and continue reading for an update on his recovery:

“On Sunday, January 15th, one of the North Shore’s most beloved surfers and beautiful souls, Kala Grace, was rushed to the ICU after a bad wipeout whilst surfing the Da Hui Backdoor Shootout at Banzai Pipeline. He was carried onto shore by Hawaiian Water Patrol and the best team of lifeguards. Kala was held under water after a big wave wipeout and then his protective helmet was flown off. During this quick and scary few minutes, his lungs were filled with water and sand. He was able to get a lot out, but was told at the hospital that scans showed more water and sand still stuck in his lungs. In addition to his lung injuries, he suffered three deep face lacerations, one of which just barely missing his optical nerve and eye in general.

After being admitted to Queens Medical Center here in Honolulu, Hawaii, he was properly assessed. Fortunately, scans show he has no brain injuries, was very responsive and did not suffer any other bodily damage. Being heavily sedated, he stopped responding and was intubated, meaning he was put on a breathing machine. For the next 24 hours, it was a fear of when he would wake and be able to breathe on his own.

Thankfully, he is extremely strong and a very big hearted, healthy young man. He waved a nurse down to start writing and communicating to nurses and doctors. We were beyond happy to hear that he woke and was alert overnight.

Today, Monday, January 16th, Still with a breathing tube, he was resting and writing with his mother and girlfriend all day. They have been by his side non-stop, and his family and closest of friends waiting to hear all the updates, have been posted up outside the hospital all day. He has been heavily sedated, in order to let his lungs and body rest up as much as possible. With his health improving, a test was performed in order to see if it was possible for him to breathe on his own. Kala did it! And we are so elated to be able to tell everyone he was able to speak in addition to just breathing on his own. As of now, his tube is out, he is being closely monitored and has several days left in the hospital.

The next steps will be hard, as he will have to rest and recover. We are still concerned about lung and respiratory infection, due to the sand and water inevitably in there. His family will be by his side every step of the way. We appreciate all of the love, prayers, positive vibes and outpouring amounts of help being offered. As he gets better, we will utilize this account to also update everyone on his condition.

Kala Grace is one of the most giving, people-pleasing, kind-hearted solid humans out there. He’s very humble and proud, so this account is very much appreciated and we know he is so grateful for all of the help and love. From the whole Ohana to you all, MAHALO.”