Live Competition Will Return with the “Rumble at the Ranch” 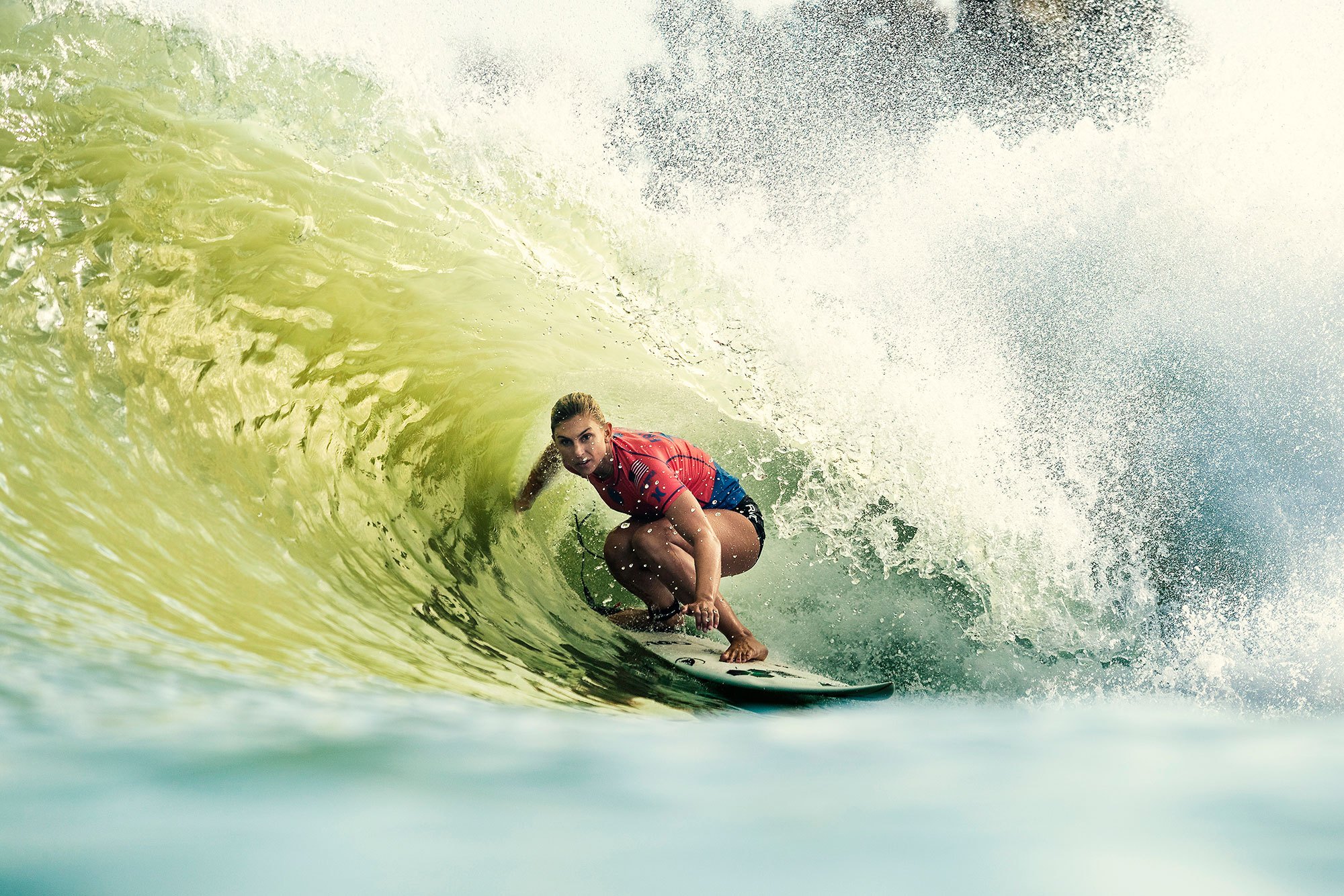 Last week the WSL announced that live-stream surf events are coming back this September, starting with a two-event “Grand Slam Of Surfing” specialty series in Australia. Turns out, there’s an event happening even sooner here in the United States: The Michelob ULTRA Pure Gold Rumble at the Ranch.

As its WWE-like name implies, the “Rumble at the Ranch” will be a specialty event held at the Surf Ranch in Lemoore, scheduled for Sunday, August 9. According to the WSL’s presser, the event will welcome “16 of the top male and female surfers currently residing in the United States to compete in a mixed-doubles team event, with prize money going to a charity selected by the winning team.” So far those surfers are Kelly Slater, Filipe Toledo, Caroline Marks, Kolohe Andino, Sage Erickson, and Carissa Moore. The other 10 surfers will be announced early next week.

As far as the format goes, the event won’t be like past ‘CT stops, and will instead be comprised of 8 co-ed teams, with names drawn at random by the WSL before the start of the event. The teams will face off head-to-head through the quarters, semis and a final. In each round, every surfer will surf one right and one left (4 waves total per team), with the top single wave from each surfer being combined. Highest total wins. (There’s also what the WSL is calling a “rebate wave”, where a surfer can give away one of their two waves to their teammate, adding strategy into the mix.)

The event will be broadcast only (even the judging will be done remotely), and the WSL has all of its COVID plans in place, which “include testing for athletes and essential staff, strict social distancing measures, temperature checks, and minimal personnel on-site.”

“I can’t wait to put the jersey back on,” Filipe Toledo says in the presser. “To know we can bring a live experience for fans from the Surf Ranch here in California, in a safe and secure way, is really exciting. It’ll be awesome for us surfing, for our sport and our fans. Let’s go!”

Toledo is likely chomping at the chance to win a comp in the pool. As is Slater, considering the artificial wave maker his creation. And while the Surf Ranch as a ‘CT stop is generally considered slightly mind-numbing for the viewer, part of that is because it takes entirely too many days and waves to run a full event in Lemoore. A one-day team comp with 16 surfers will likely be much more digestible, and hopefully, much more exciting as well.

It’s been seven months since Italo Ferreira won the world title at Pipe. At this point, we’ll take live ‘CT surfing however we can get it.