Pedal Electric’s Fleet of Sleek, Souped-Up E-Bikes Are Begging to Be Adventured On 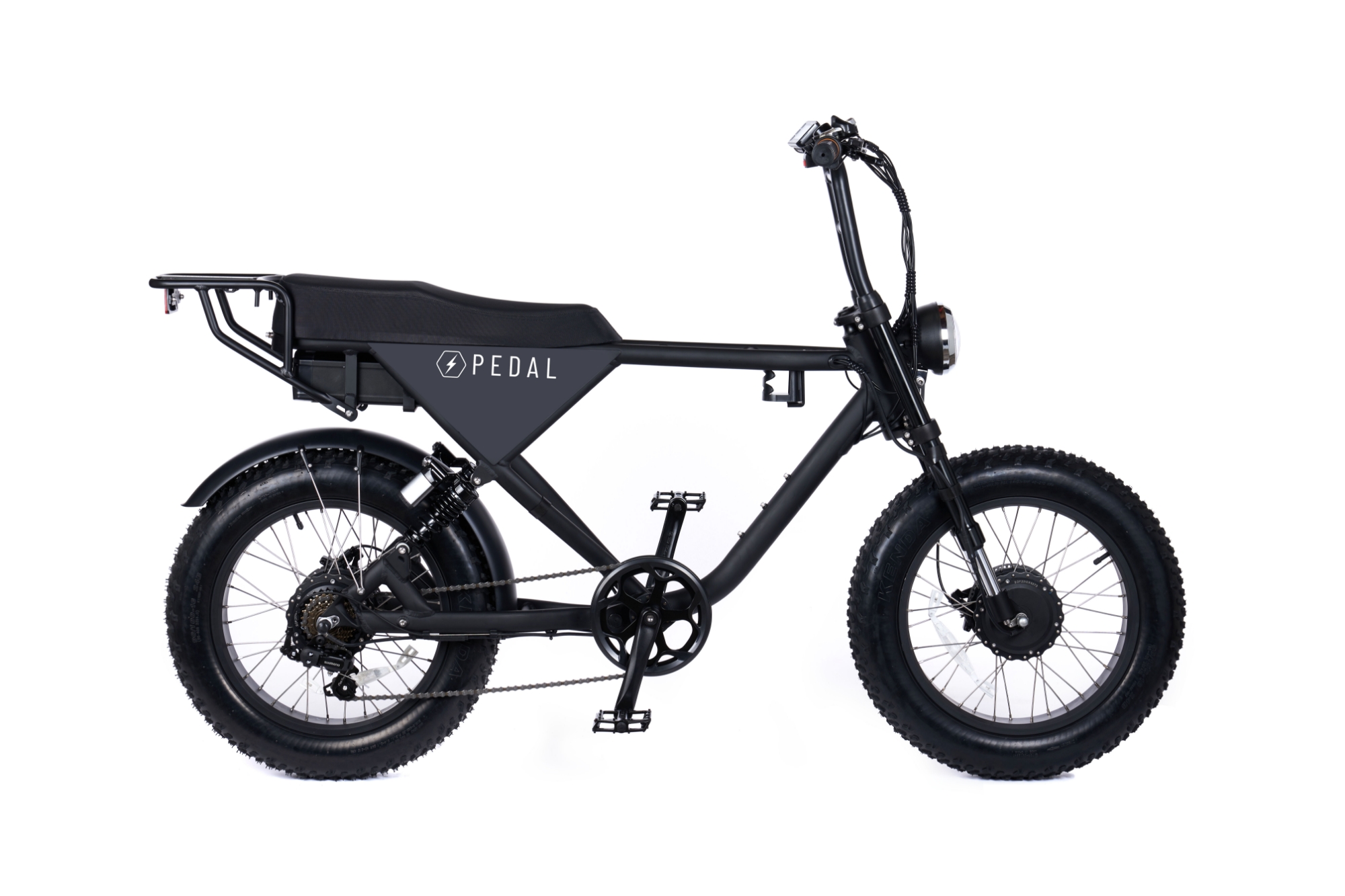 California-based surfer Spencer Gillis first stumbled on the idea to start an electric bike company when he was on a wave-hunting mission in Bali, Indonesia–the land reigned by scooter users. “I became enthralled by the island’s vehicle of choice being motorized scooters,” says Gillis today, just two short years after launching his already-popular brand PEDAL Electric.  “While that is primarily due to the dense population and the affordable pricing of petrol (at least there), it was enough to get me thinking of modern transportation, local commuting, and alternatives for the market in the States.”

New to the exploding electric bike marketplace, PEDAL is quickly gaining popularity among US-based surfers. Ripper/dad Jack Freestone has been spotted whipping around Hawaii on a PEDAL with his two kids, as has shaping guru Matt Parker of Album Surfboards in Southern California. To get a sense of what the new brand has on offer, I picked up their All-Wheel Drive II model and gave it a test-driving whirl.

According to Gillis, among PEDAL’s fleet of slick-looking rides, the All-Wheel Drive model has garnered the most attention in the surf world and beyond. And after just a few rides to the beach and back, it’s not hard to see why. First: the AWDII model has all the mechanical bells and whistles that make it smooth, extremely capable rides no matter what terrain you’re dealing with. With its not one, but two, 750W BAFANG motors, the AWDII books it up steep hills easier than other single-hub e-bikes. It was even able to get both my husband and I (riding tandem) up a notoriously precipitous incline near my house (en route to popular point break) with surprising ease.

And speaking of riding tandem, the AWDII model comes with passenger pegs and long dual passenger seating that, to be honest, rivals the comfortability of the seats in my Toyota.

But back to the bike’s features. Front and rear suspension, hydraulic breaks, all-terrain tires, and a twist throttle with a pedal assist aren’t normally things surfers get hyped about when picking out wave-chasing gear, but they’re factors that could easily make this bike a daily surf commuter for anyone near the coast. On a single charge, the AWDII can go 60-75 miles, so technically you could also live inland quite a ways and still make it to the beach and back.

One thing that should be mentioned–as both a plus and as a word of caution–is that these suckers can haul ass. Reaching up to 32-plus mph, these models have no issues handling speed on the road, on the beach or on rough terrain–just maybe consider investing in a helmet if you plan on taking this long-distance at top speeds.

Some additional features I found handy were the drink holder (great for coffee runs) and, of course, the back rack, which can haul up to 45 pounds. I was easily able to mount a surfboard rack to it (this one, in particular, if you’re in the market for one).

Most importantly, each PEDAL model offers a great way to cut down on your environmental impact with your daily surf commute. It’s been estimated (in super-duper rough calculations) that surfers collectively drive as many as 4.5 billion miles a year to surf–resulting in about 2 million metric tons of CO2 being released into the atmosphere. During the few weeks we had the Pedal model in our garage, we found ourselves reaching for the car keys less and less. And for Gillis, that’s a mindset he hopes all surfers can adopt.

“Moving towards sustainable transport that gets you where you want more efficiently, and cost-effective is the call,” says Gillis. “No matter how you cut it.”