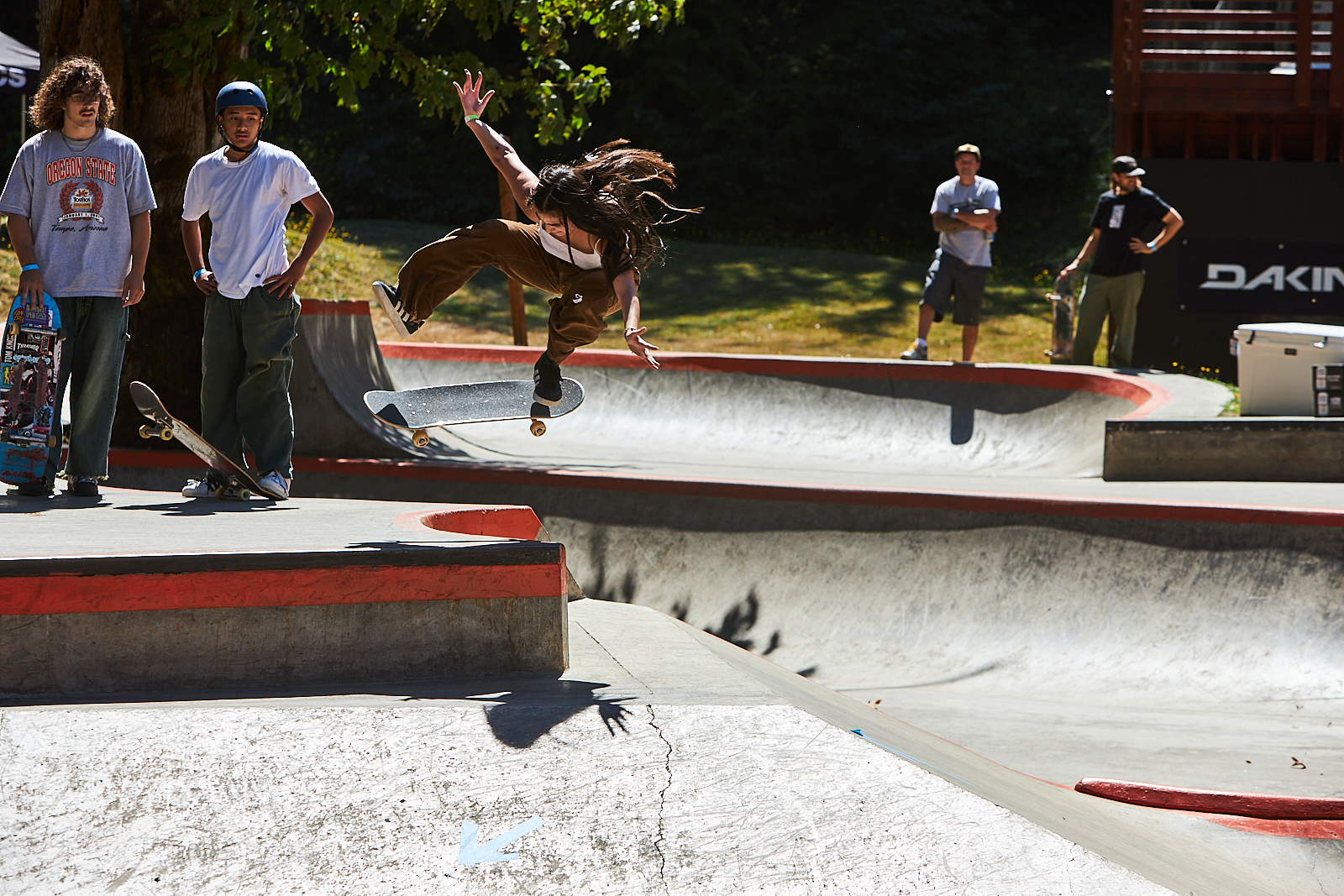 Kicking off what will hopefully be an annual event, Tactics kicked down 10 grand in cash over three days of open format contests at Seek Skate Camp in the woods of Mt. Hood, Oregon. The weekend skate/jam/party was free for all to attend, and 89,500 square feet of rippable terrain was laid bare for best trick contests, product tosses, time trials, and whatever else you can think of. The energy was high!

A lot of people stayed and camped on site too (big shout out to Poler and all the camping gear they handed out for free): Silas Baxter-Neal, Milton Martinez, Willis Kimbel, Kevin Kowalski, Chris Russell, David Gravette, the Space Program Skateboards squad and the whole Uma Landsleds team to name a few. Live music cracked off Saturday night with three ripping outfits from down the hill in Portland. The Uma team kept the party going with an impromptu downhill session on the dry slope late at night and a primo gauntlet for the fearless souls in front of their van.

One of the coolest parts of the format was that there was no format! No age or gender divisions—just everyone rip and money was handed out for tricks landed. The jams lasted until the cash was gone, then two winners were named and got an additional 250 bucks each. A loose flow we’d all like to see become more common.
On Saturday, a mini ceremony was held to thank and commemorate Jamie Weller, the concrete magician that build this place with his own hands. Park director Gregg Janecky said a few words as did Silas and a bronze plaque was presented to Jamie, and will eventually live forever in the park. Thank you Jamie! We can’t wait to see what you build in your new East Coast home!

We can’t thank Tactics enough for hosting this weekend and kicking off such a rad event in their home state. As a homegrown Oregon shop, this was an exemplary showing of how to give back to your local scene, get the skaters stoked, and grow the culture for the future. Hats off!