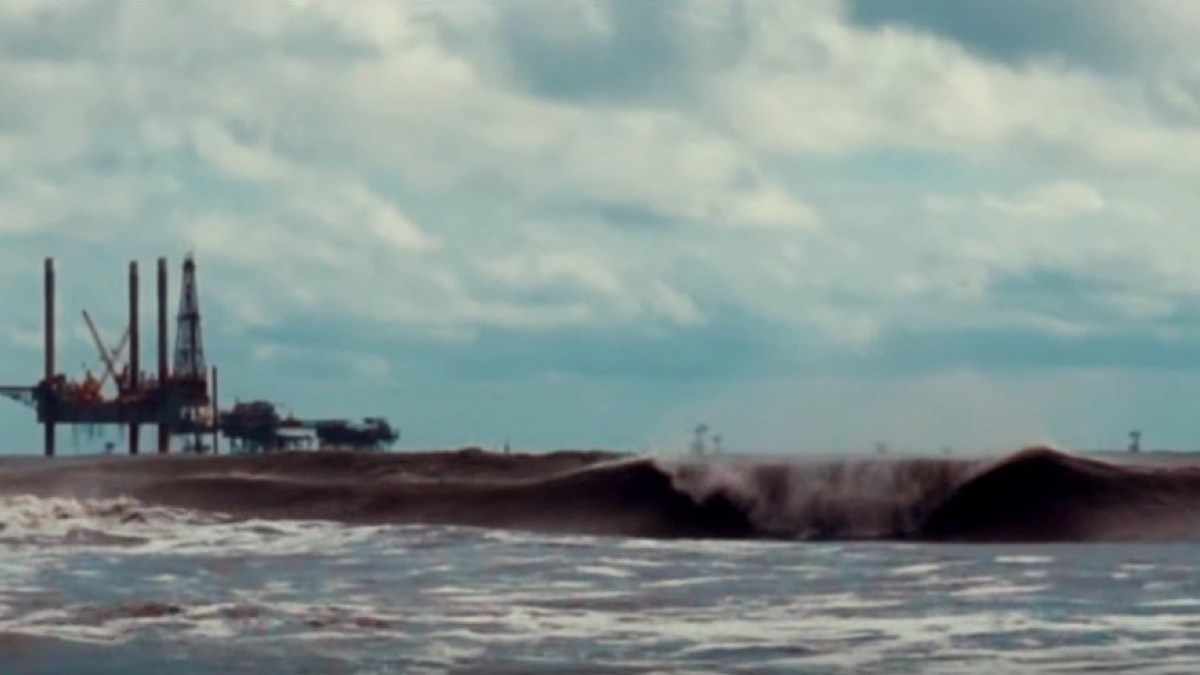 “Pontchartrain Beach is like, its freaking awesome. I don’t know what to say, it’s just so good. When you get out there, you’ll see it,” says New Orleans surfer Keegan McGuire, our beanie-clad guide to Louisiana surfing in “Making Waves”.

The break in question sits in a giant, brackish estuary fronted by a long-since-abandoned amusement park. The waves are sloppy, the water’s brown, but McGuire is having a hell of a good time. And the good vibes just keep coming in this charming documentary about an unusual surf zone, in which McGuire meets up with the original Louisiana surfer, hits a few Gulf Coast breaks you’ve certainly never heard of and picks up a new stick from Louisiana’s probably-only shaper, who lives some 3 hours from the coast.

Dylan Graves, if you’re taking suggestions for Season 3 of “Weird Waves“, you could do much worse than this stretch of Deepest South coastline colored by a few ultra-frothy surfers. Just putting it out there.