Albee Layer Tries to Get John John to Try Double-Oops, Proceeds to Stick Two Himself 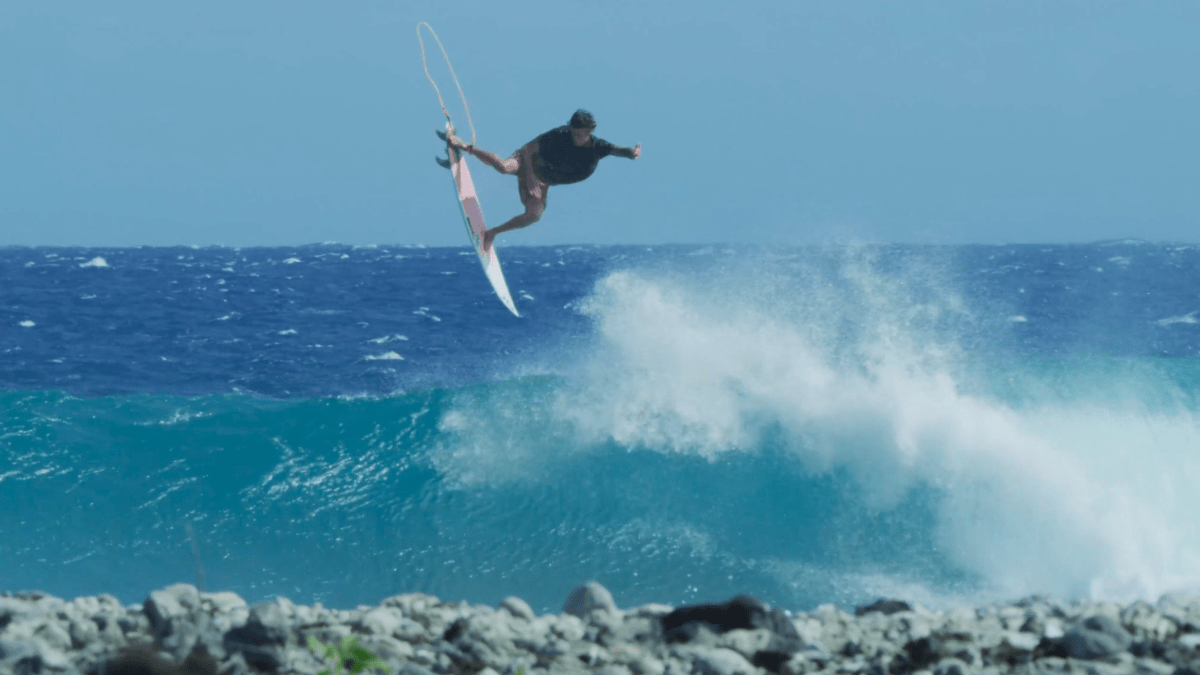 What happens when you put John and Nathan Florence, Albee Layer and Matt Meola out in chunky air wind wedges in Hawaii? You get the above edit, jam-packed with stratosphere-reaching maneuvers that only the best aerialists in the world can produce. Nate lands a backflip. Meola spins into the flats on wild 6-foot sections. John stomps a handful of tweaked straight airs. And Layer, after antagonizing John to try his trademark double alley-oop, goes out and stomps two of his own.

“If you would just try the double oop, just one time man…” quips Layer, before the second section in this edit.

“If I get a section, maybe I’ll try it,” John shoots back.

“You just want to see me fail because you made one.”

“No! I wanna see you succeed so it becomes cool, so it’s not some stupid novelty thing that I do.”

The thing about Layer’s comment is he’s telling the truth. Despite Layer and Meola landing some of the most technical and progressive airs in surfing, they haven’t caught on the way they’d hoped. Layer figures that if a world champ starts sticking tricks him and Meola do, they might actually catch on in comps. And it’s not just Florence he’s encouraging. Last week, Italo Ferreira dropped this clip on Instagram, sticking a clean double oop on a recent trip to the Maldives. And who did he thank for inspiration afterwards? Layer.

“Hands down the highlight of my surf career so far,” Layer writes, in an Instagram post of his own. “@mattmeola and I work really hard to get new tricks like this out into the world. But sometimes it feels like they live and die in a week on social media and that’s all. But having our world champ and surfing’s favorite surfer stomp one…it’s just the coolest thing of all time.”