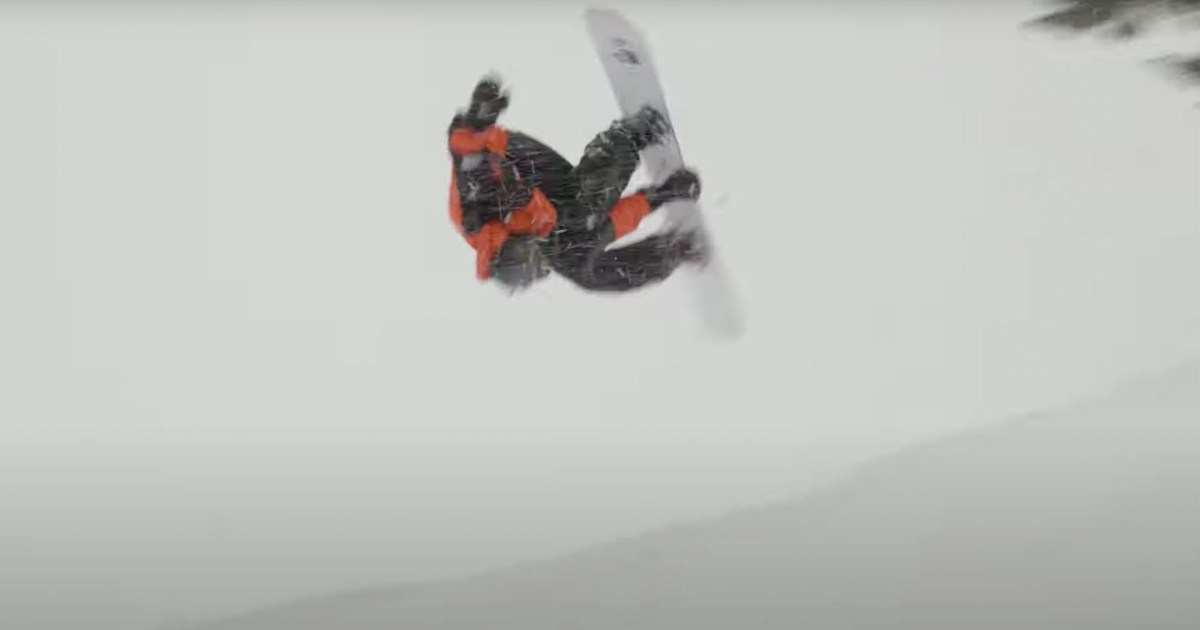 Video by Lucey, words by Sweetin.

In Loving Memory of Michael McKelvey
I met Mike the day before course inspection at Natural Selection, as I was taking laps on the Teton lift that services the course. As I exited the lift, I noticed a few people at the top of the course so I stopped to say hello.

Mike introduced himself with a big smile and offered to show us around. He knew the course in and out from the past few years of building it. He even knew the speed and how the jumps flowed. My first impression of him was nothing short of great — he seemed like an amazing human who was down to hang and share knowledge and love with a fellow boarder.

Throughout the week of Natural Selection, he brought a positive vibe to the scene every single day. When the event ended and the course opened back up, he was there to send it out of a pure passion for snowboarding.

Shortly after the event, we caught wind of an avalanche on Togwotee pass and learned that a snowboarder was buried and passed away. Later that night, we got the news that it was Mike. My heart sunk — a fellow snowboarder gone way too soon.

Although our time together was short, Mike left a large impact on me and I know he left an even bigger impact on Jackson Hole. My heart goes out to Mike’s family, friends and the entire Jackson community. This film is dedicated to Mike. Shred in peace, my friend.

One of the beautiful things about snowboarding is the community and how after just meeting someone, it can feel like you’ve known them your whole life. With all the different aspects of snowboarding, it’s rare to have so many talented boarders, female and male, from all around the world in one place for an extended period of time. I came to Jackson to compete, but I left with so much more — a deeper appreciation for snowboarding that solidified everything I already loved about it.

We set out to capture the time between the Qualifiers and the Final. The sessions in Jackson’s infamous Dick’s Ditch had 30+ snowboarders — athletes, affiliates and all-around frothers — feeding off each other’s energy and letting loose. The tricks, the carnage, the smiles, the stoke, the pure love of boarding. It was all incredible.

Those days of riding powder and sessioning natural hits will forever be embedded in my heart as one of the greatest times of my life. I mean, it’s not often that you get shown around by the prince of Jackson, Blake Paul, and get to watch Mark McMorris and Alex Yoder session the same hits.

So here’s to snowboarding, in all of its forms, being in a very good place right now.

A huge thank you to Travis Rice and the whole Natural Selection team for bringing our community together and making this event happen. I am super excited for what’s to come.