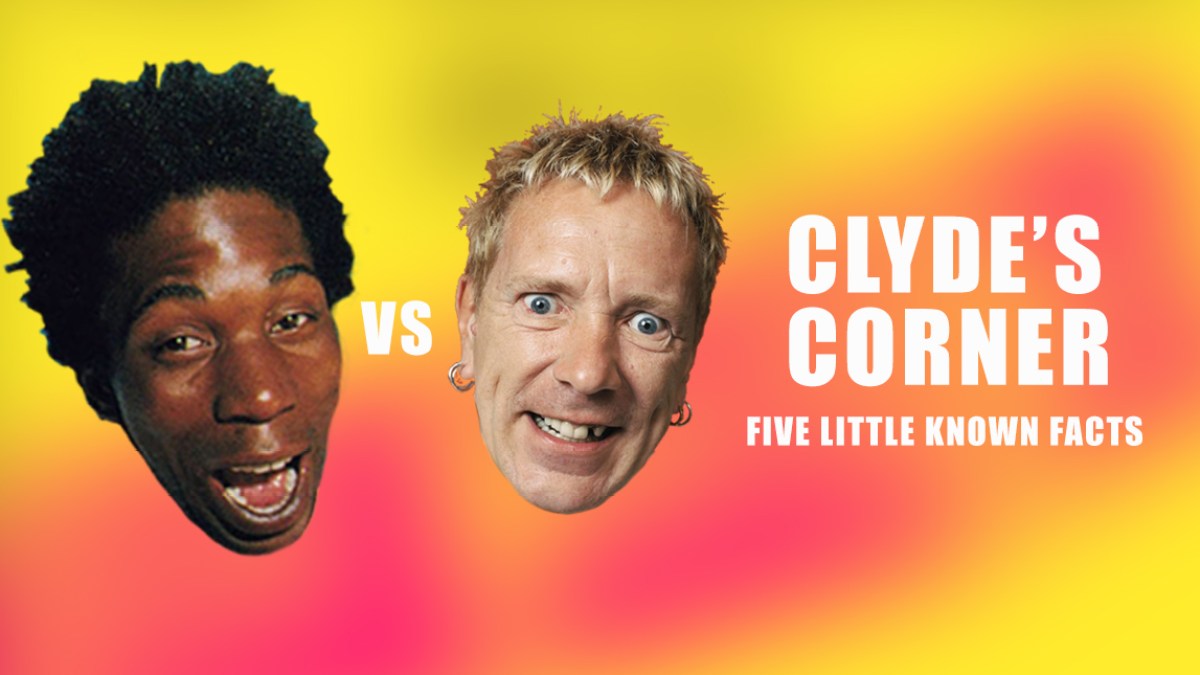 I’ve decided to share five little known facts about myself, and it’s pretty much an extended version of the movie The Jerk. Prepare to be wildly entertained at my personal expense. Sit back, thank you for being here, and enjoy.

Two Major Head Injuries In 24 Hours
For those that don’t know, I was in Prague in 2001 and I fell off an almost 30-foot bridge and cracked my skull like Humpty Dump. Woke up in ICU a few days later, then flew home against doctor’s orders. My face was partially paralyzed for a while, and alladat. But the part of the story people forget, I actually had a bad head injury the day before at the World Cup. I went flying off some six-foot tall pyramid/box contraption trying to salad grind it, cracked my coconut and was actually in the same hospital the night before I fell off the bridge. Even worse, when the ambulance picked me up, I had the same huge (now bloody) bandage wrapped around my head from the concussion the day before. It actually probably kept my head in one piece, but that’s neither here nor there. When I woke up, the doctor said I was the luckiest dude he ever met. Pretty sure he’s absolutely correct.

“When I woke up, the doctor said I was the luckiest dude he ever met.”

Jamie Thomas Put Me In The Game
When I first got to SF, almost everyone I’d known was from back East. Jamie and I knew each other from back in the NSA days. So when I got out there, he hooked it up to stay at his crib. During this time, we skated a good bit and he was always filming and putting dudes in the game. I showed up at dude’s house, and he goes, “Hey, check it out. I’m getting you on Indy.” This dude made a whole video part for me, music and alladat. That footy was also used in my first video part, so basically Jamie Thomas put me on. Somewhere in there we skated with Gonz the day of the infamous EMB kickflip, but before Mark Gonzales kickflipped the Gonz, I ripped Jamie’s Planet Earth pants on the Chinatown ledge and never replaced them. We talk about them damn pants almost every time I see him.

Clyde Vs. Johnny Rotten
I recently shared this story on my social media, but it really never gets old: Flip’s Sorry premiere in Los Angeles at the El Rey Theater. The year, doesn’t matter at this point, so I show up to host the premiere and The Sex Pistols were wrapping up a set. They direct me to the stage, and as I go to say something on the mic. This assclown Johnny Rotten rips the mic out of my hand. I yank it back, look around and go, “Who the fuck’s this old dude?!” He goes to yank it back, I snatched it. Told the old head I would whoop his ass, and broke his microphone. I recently saw a photo of him with a Make America Great shirt and lookin’ like the beer bottle in Menace—40 and broke. So I actually won twice.

“Fun part was watching this dude basically suck all the broken bones out of my foot.”

Broken Foot For About A Year
This was strange, and well, really strange. I was living in SD at the time and couldn’t really skate much. I thought it was all the sample shoes I kept buying making my toes make a fist in, which probably wasn’t helping, but I looked fly. Anyways, my girlfriend at the time finally convinced me to go to the doctor. Dude looks at my foot and says it’s just bad athlete’s foot, which was weird being my entire leg was in pain. I go home to Jax about a month later, and my leg felt like a log. I hit up a diabetic foot doctor and turned out I’d been walking on a broken toe and foot for close to a year. My pinky toe and side of my foot was mangled, and bone spurs were flying all through my foot, toe and webbing. Fun part was watching this dude basically suck all the broken bones out of my foot. Not so fun part was having pins in my foot. No stranger to danger, I flew to NYC a few weeks later, and you guessed it, skated in my foot cast. Why? Because I’m smart. That’s why.

Used To Skate Vert And Pools
This is probably the strangest fact about me, even that I know of. Real rap, one of the first things I did skating was drop in on a vert ramp. Did it on a bike, then pumped my way up until I felt comfortable enough to drop in with someone else’s skateboard. I’m not saying I was Alf or nothing, but I used to seriously get it in on some transitions. Could have personally did without getting my fits all sweaty and dirty, but make no mistake, you could catch me throwing up an invert, or even a Madonna every blue moon. Even skated pools forever, but one good slam in them joints, and trust me, you’ll start putting a lot more respect on pool skating, which all skaters should anyways, but that’s for another topic. While I’m here, I’d like to embarrass myself by unveiling I used to skate street goofy and jump and twist like Kriss Kross into a regular stance before trying a trick. Pretty amazing, and probably kept me in great shape now that I think about it. Thank Black Jesus none of you nerds ever saw me. So it really don’t count anyways.

“I used to skate street goofy and jump and twist like Kriss Kross into a regular stance before trying a trick.”

Keenan Milton And I Tied For Last Place At Tampa Pro
Oddly enough, this was somehow a victory to both of us. Considering we not only skated in the contest, but neither one of us technically got last place. Another very random fact is the night Keenan unfortunately passed was the same night I fell off the bridge in Prague. Now that I really think about it, the first time I met Keenan was here in Winston-Salem, NC. Funny how the universe works like that. I really miss Keenan and can honestly say he’s easily one of the nicest people I had the pleasure of knowing. Also, one of my top 10 skateboarders, ever. Always was, and always will be.