Firing Action on Day 1 of The Billabong Pipe Masters pres. by Hydro Flask 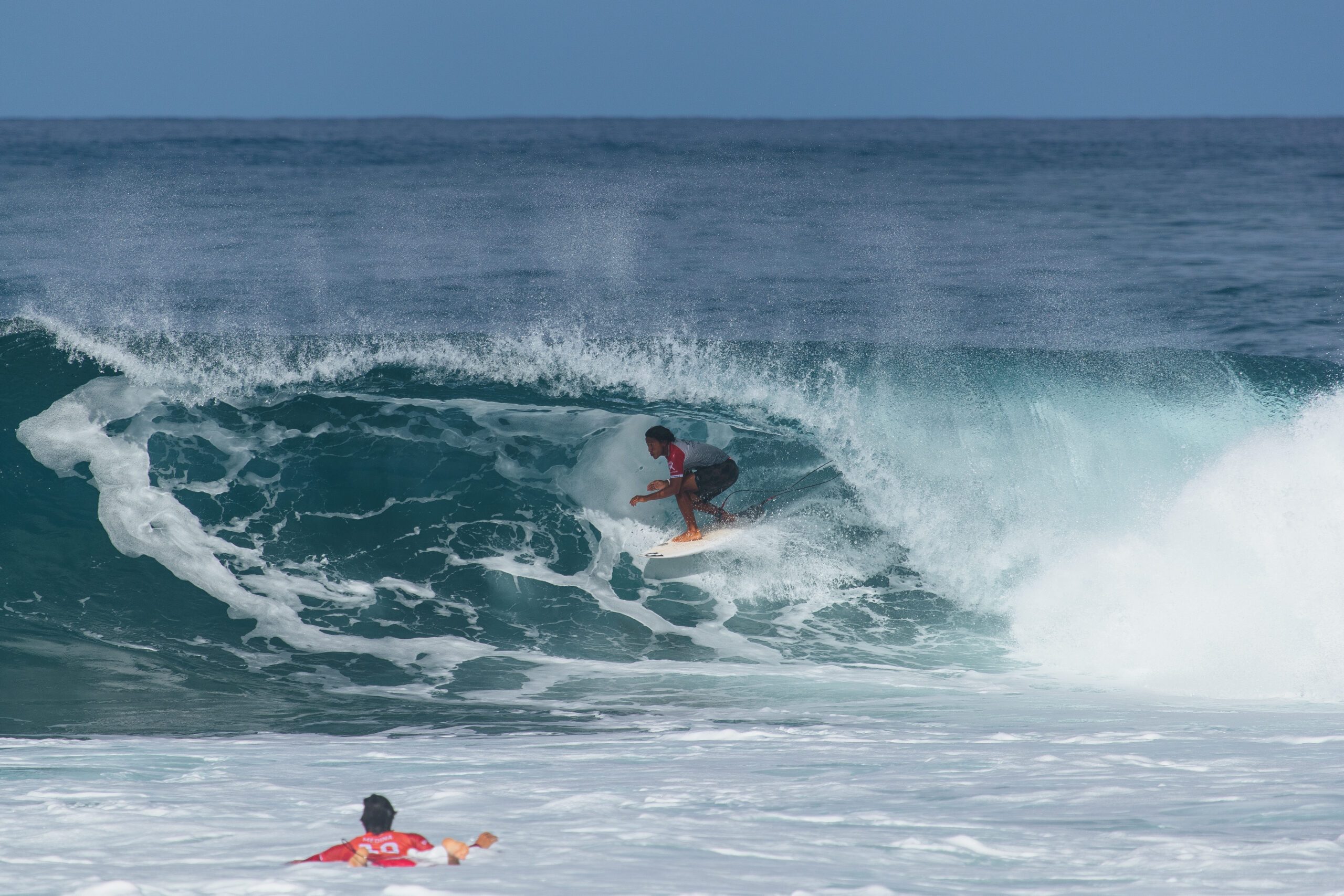 BANZAI PIPELINE, Oahu/Hawaii/USA (Wednesday, December 9, 2020): The Billabong Pipe Masters in Memory of Andy Irons presented by Hydro Flask, the first stop on the World Surf League (WSL) Men’s Championship Tour (CT), completed the opening round of competition in four-to-eight foot (1.2 – 2.4 meter) waves at the world-famous Banzai Pipeline on the North Shore of Oahu.

The day opened with the last heat of the Mikey Wright (AUS) and Leonardo Fioravanti (ITA) surf-off and it was the Italian who took the win and secured his place on the CT.

“That was an incredible morning and a great way to start the season,” said Fioravanti. “After such a hard year, I had to get all the points I needed in three heats. My career’s been full of ups and downs, but now I feel 100% so let’s hope that things stay great.”

Wright also joined the Pipe Masters lineup as the official WSL replacement and will get the call up for future CT events if any of the Top 34 surfers withdraw.

The Billabong Pipe Masters presented by Hydro Flask got underway immediately after the surf-off with the Seeding Round. World Champions Italo Ferreira (BRA), John John Florence (HAW), and Kelly Slater (USA) stamped their authority on the opening day of competition with heat wins and a place in the Round of 32.

Reigning WSL Champion and Pipe Master, Ferreira, faced rookie Matthew McGillivray (ZAF) and Pipe Invitational runner-up and event wildcard Miguel Tudela (PER). Even though McGillivray got the highest scoring wave of the heat (6.83), Ferreira was able to secure a combined score of 10.53 and took the win.

“I’m so happy to be back on the Jeep Leader Jersey,” said Ferreira. “This year we learned that tomorrow might not come, so I’m living the dream now, and enjoying the moment.”

“I had the whole year to prepare for this moment,” said Florence. “I had a lot of time to train and try new equipment. After spending all summer here in Hawaii with not a lot of surfing, I was waiting for this moment of going back and catching some good waves.”

“This is crazy, I’ve never been in a heat with two world champions,” said Moniz. “It was very interesting to watch them from up close. I’m pretty happy, having fun and feeling confident right now.”

The remaining heats of the Seeding Round saw wins from Kanoa Igarashi (JPN), Yago Dora (BRA), Filipe Toledo (BRA), Jordy Smith (ZAF), Caio Ibelli (BRA), Griffin Colapinto (USA), Jack Freestone (AUS), and Jack Robinson (AUS). The next day of competition will feature the Elimination Round and potentially some heats of the Round of 32.

There is an easing northwest swell. Expect clean 4’-6’ faces in the morning, easing to 3’-5’ faces in the afternoon and evening. The consistency is fair and best for Backdoor. There will also be light offshore wind throughout the day.

A New sizable Northwest swell with good conditions is expected to build Sunday, December 13, into Monday, December 14. Overhead to well overhead surf to rise up for Pipeline and Backdoor, with some occasional double overhead waves. This swell will then slowly ease Monday evening, through Tuesday, and mid-week.

After working with local authorities and discussing with our surfers, the WSL has made the decision not to continue running the remaining heats at Honolua Bay.

As announced on WSL social channels today, “we are working on options to complete the Maui Pro presented by ROXY event at an alternate location in Hawaii. We will update everyone soon – stay tuned.”