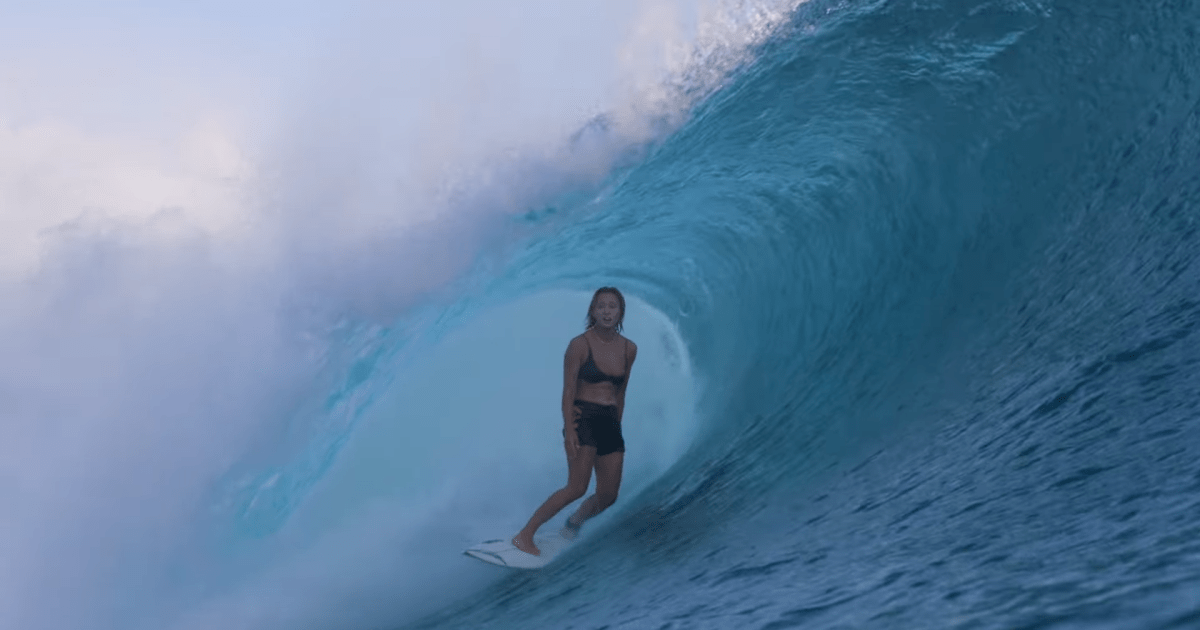 Frankie Harrer–who grew up surfing along the coast of Southern California–is a stylish expert in flawless tube riding. Whether she’s tucking into sand-bottomed drainers at home or hucking herself over the ledge in Tahitian waves of consequence, Harrer over the years has been putting on masterclasses in how to chase your tube-shooting dreams.  In her new feature film, woven expertly together by Quinn Graham, the Californian travels to Mexico, South America, Tahiti and beyond, brilliantly navigating the foam ball inside caverns of all shapes and sizes (and perfection). It’s 11 minutes of tube mastery that’ll make your jaw hit the floor.

Last year, Harrer gave birth to her daughter Yara, who she’s been traveling with alongside her partner. To any surfer thinking about starting a family but is terrified they’ll have to release the white-knuckle grip they have around their current surf life (who, me?), Harrer’s new film might also serve as a model to aspire to for future parents.