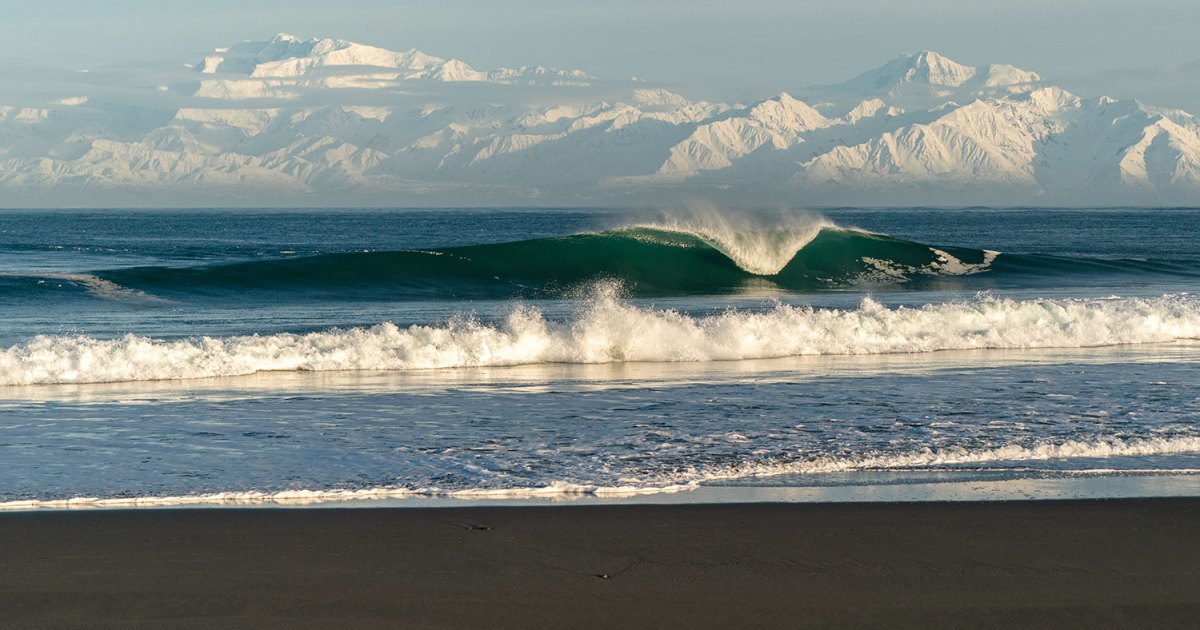 [This feature originally appeared in SURFER Volume 60, Issue 3, titled “A Frontiersman’s Work is Never Done”, in 2019.]

Almost 30 years ago, a young Josh Mulcoy embarked on his very first surf trip to Alaska. Back then, before Instagram feeds became clogged with photos of surfers standing on snow-laden beaches, hunting waves in Alaska was practically the surfy version of the Lewis and Clark Expedition. But such trips were soon to become Mulcoy’s bread and butter.

During his inaugural visit to America’s northern frontier, Mulcoy—alongside fellow surfers Brock Little and Dave Parmenter—found a bevy of fun waves, including a particularly rippable, seemingly-endless lefthander. The surf was so good, in fact, that Mulcoy would do whatever he could over the following three decades to get back to this particular coastline. He ended up visiting the area so frequently and forming such deep connections there that in 2006 he was given the keys to a nearby city.

A few years ago, while revisiting this specific stretch of coastline with photographer Mark McInnis, Mulcoy scored the mystifying left once again. But he also discovered something entirely new—a wave that has likely never been seen before. How he found it was a moment of serendipity disguised as misfortune: when driving along the beach to check the lefthander on one of the first days of their trip, the four-wheel drive in Mulcoy’s truck blew out, and he and McInnis were suddenly stranded on a snow-covered beach.

“Right where we got stuck, there was this right that was barely breaking,” remembers Mulcoy. “I’d never seen a wave break at that spot.” They were eventually rescued and upon returning to the same spot the following day, the duo found an empty, drool-inducing, peaky righthander. “It looked like a reef wave,” says Mulcoy. “We freaked out, ran out, surfed it and picked up a ton of waves.”

In the following gallery, you’ll get a glimpse at the mythical lefthander that has drawn Mulcoy back to Alaska time and time again, along with the newly unearthed gem. “I had never seen anything break there before, and there I was staring at one of the best sandbars I’ve ever seen in my life,” says Mulcoy. “It was the biggest shocking surprise ever. It sounds stupid, but that’s what I live for.”