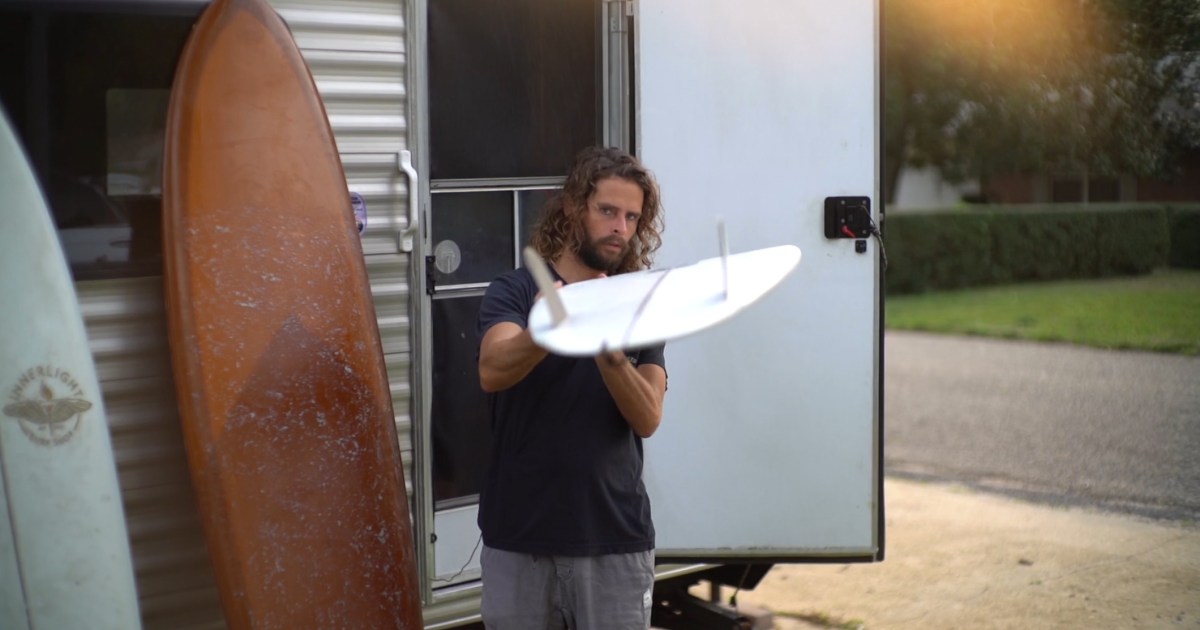 There are many ways to describe a magic surfboard. A well-shaped surf craft could be labeled as “responsive”, “drivey” or “good on rail”. But according to Gulf Coaster Sterling Spencer, a really great board could also be characterized as being “like pre-marital sex with CBD infused”.

For this episode of “Quivers”, the series that lets us peek inside our favorite surfers’ boardbags, we enlisted videographer Michael Witt to interview Spencer at his home in Pensacola, Florida about his go-to roster of shred sleds (there was a bit of confusion as to whether or not Witt was there to film “MTV Cribs” but that was quickly sorted out). As you might imagine, Spencer has collected quite an eclectic lineup of small-wave boards that match the windswell-driven conditions of the Gulf Coast. Press play to hear Spencer break down his arsenal of Chris Christenson and Wade Tokoro surfboards (dimensions of each listed below) and then take a few moments to watch our other episodes featuring Craig Anderson, Torren Martyn, Chippa Wilson and more.

[Editor’s Note: This video was originally published in 2020]