Meet the NASA Astronaut Who Photographed Surf Spots From Space 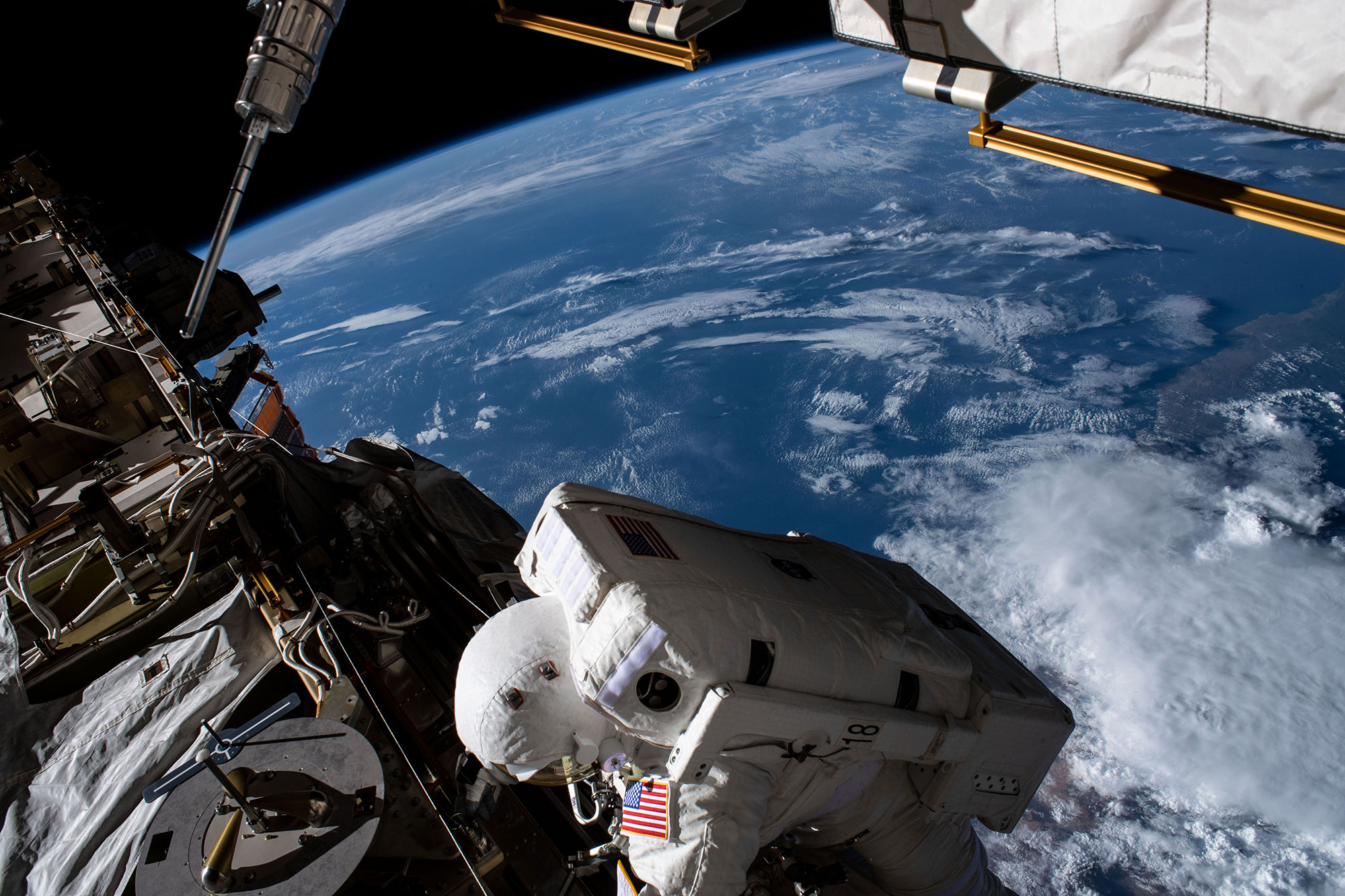 [This feature originally appeared as “Wisdom” in SURFER Volume 61, Number 3. To read our full-length interview with Christina Koch–Texas surfer and record holder for the longest continuous spaceflight by a woman–click here. And to see more from SURFER’s final issue, click here, here or here.]

There are a lot of parallels between space walking and surfing. In both surfing and space walking, you have to channel any fears or anxieties into focus. Seeing a wave approach and just knowing it’s go-time and that there are going to be ten different things to think about in the space of 3 seconds, you can’t get distracted by any one thing or any fear. I found myself relying on that same technique in space walking, where you know you have a job ahead of you, you know things might be risky and things may make you nervous. You have to compartmentalize those fears and also have a plan for what you are going to think about and techniques you’re going to use.

Surfing has taught me a lot about myself that I couldn’t have learned otherwise. It’s one place where I’ve really had to face fears. I’ve always been a little afraid of the ocean and waves. Just recognizing those inherent fears and pushing past them was a big help for me in my career.

Surfing allows you to maintain your individuality. When you join the astronaut corps, many people feel this huge cultural shift—especially somebody like me who had been previously working all over the world in very remote places. I was what I like to call a “science gypsy”—used to working with self-proclaimed “dirtbag, Antarctic seasonal scientists.” Having to shift to a very regimented, almost-military type of culture fairly quickly, I found I was losing my authentic self. I felt I had to fit into a certain stereotype of what an astronaut was. I changed my language, my style of dress. It just wasn’t me. But luckily, I had chosen to live in Galveston, about 45 minutes from Houston where I was training. Coming home to paddle out ended up serving as an affirmation of my individuality. In doing so, I was then able to bring my authentic self to my job, which helped me excel.

Space walking is my sport. I watched surf contests while I was in space and they inspired me to approach space walking with the same bravery and commitment as the athletes on the Championship Tour. I usually watched the competitions while I was working out, which we do largely to be ready for the intense physical and mental demands of spacewalks. So I would literally push myself harder seeing the strength that goes into being a professional surfer.

Scientists can be similar to surfers. A lot of people take on a seasonal science job in order to have a large swath of time off to pursue their other hobbies. For example, before I became an astronaut, I’d work on a remote island in the South Pacific for maybe 8 months at a time, and then have 4 months for outdoor exploration—climbing, skiing, hiking, etc. Surfers do the same thing.

It’s OK to try really, really hard. When I was younger, I used to really value a nomadic lifestyle. Completely giving up aspects of your professional self to hit the road and pursue climbing or surfing was really important to me. I had an epiphany when I was working to become an astronaut—a goal I’d had for my whole life. I had to work extremely hard, be in top physical shape, be at the top of my technical field. My desire to check out and hit the road was in contrast to that commitment. But I realized that so many great things in this world come from hard work and intense commitment to risky things. I realized my calling was not to completely check out, but to buckle down and devote time and energy to a passion.

Christina Koch, getting a perspective on the ocean that few surfers (perhaps none?) ever have while on a spacewalk at the ISS.

I had no idea how perfect space would be for scoping surf spots. The first glimpse I had from space of Tahiti, I could just see how perfect it was for swell. You can see in stark detail how and why certain sides of the island might get waves. You can see the swell shadowing. You can see how if a storm system comes from a certain part of the Earth, it’s going to light up certain places. You can even see the reefs. You can see lines of swell peeling left and right off of point breaks. It’s quite amazing.

Space walking has traditionally been one of the most male-dominated fields within NASA. There have only been 15 women, total, in the history of space exploration to walk in space. There’ve been over 200 men. That’s changing. I came into the astronaut training program in 2013 with eight other astronauts. It was the first class where they really prioritized that every person was trained for space walking equally and held to the same standards. It was never presented to me as an option that I might not be a space walker. Every woman in my class excelled in space walking.

Exploring space helps us value our planet more. Going to space and looking back on Earth against the backdrop of the universe is the most environmentally-positive perspective a human can take in. From space, you can see the thin blue line of the atmosphere and how tenuous it is against the vacuum of space, and it makes you appreciate how that thin blue line is all we have protecting us. Going further, you can compare the oceans, which we take for granted for their perceived vastness, to that thin line of atmosphere and realize that the depth of the oceans is so minuscule compared to the thickness of the atmosphere. To me that says we need to pay even more attention to our oceans. All of that drives home how the Earth is the only thing that unites all of us.