Part 1, The Essence of Freestyle | Lift-off: The Story of the Superpipe, Presented by Toyota 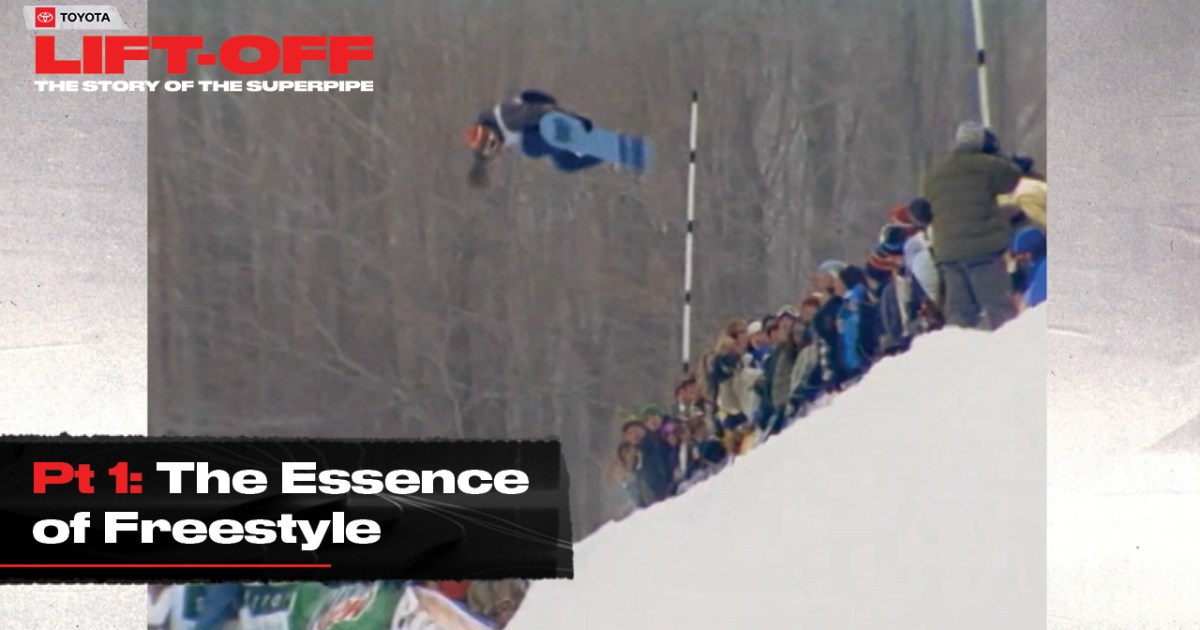 In the early days, snowboarders were banned from most ski resorts. Because of this, a few riders began to venture out on their own and started shaping transition by hand, paving the way for what is largely considered the first halfpipe. Soon, skate-style influence began to dictate more distinct guidelines, such as where and where not to grab your board. As it grew, pipes’ quality progressed and paved the way for freestyle riding, becoming a direct counterpoint to racing, cementing itself as a brand-new discipline. Eventually, this movement brought about fully established pipe contests, such as the Burton US Open in Stratton, Vermont. This newfound exposure then ushered in a new wave of halfpipe heroes, fostering epic battles and rivalries for years to come.

About Lift-off:
Lift-off: The Story of the Superpipe, presented by Toyota, originally aired on NBC as a 43-minute special, is now a four-part web series. Watch for new episodes dropping weekly starting on April 14th on DewTour.com.

From their humble beginnings as small, hand-dug ditches to the massive, 22-foot tall modified superpipes of today, halfpipes have undergone an incredible transformation over the years. What once started as a small niche of snow sports, competing in transition is now one of the most eye-catching and recognizable disciplines in the world. Momentous events have contributed to its evolution, including the double-cork arms race, the pipe dragon’s invention, the inclusion of halfpipe snowboarding in the Olympics, and much more. In this documentary, we’ll dig into the history of the halfpipe and get insight directly from the riders, legends, and park builders who have contributed to its enormous growth in popularity over the years.

These Youngsters Got Their First Taste of Perfect J-Bay

Boroughs To The Bay Sessions Ep 4

These Youngsters Got Their First Taste of Perfect J-Bay

Boroughs To The Bay Sessions Ep 4