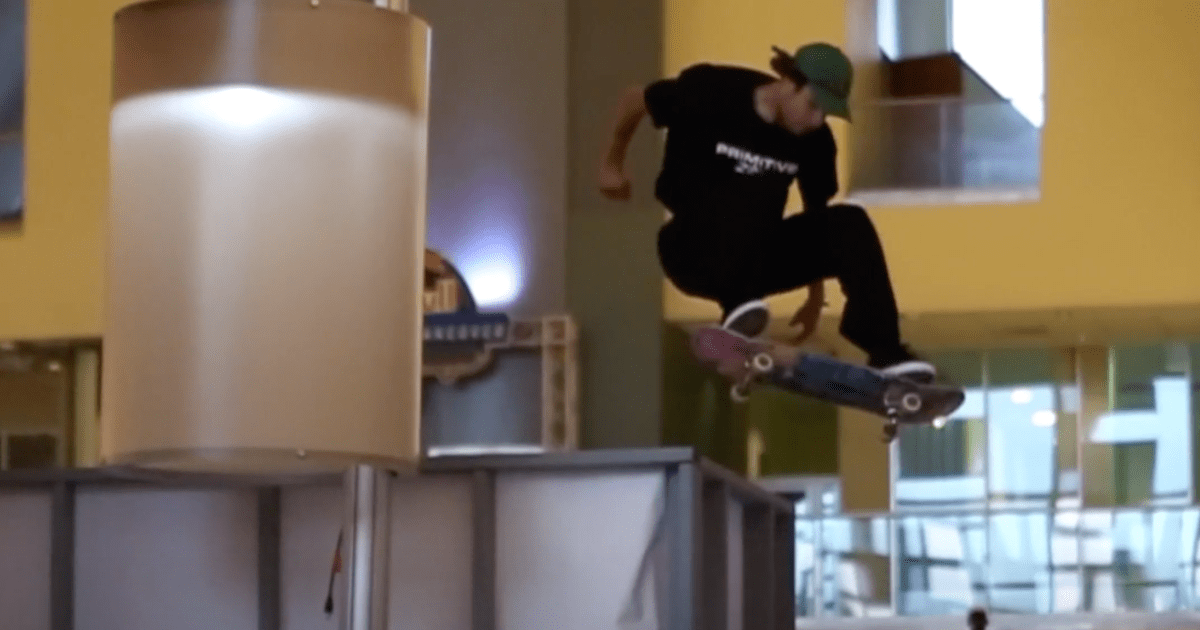 Ruckus Skate Shop riders, composed of skaters from Baton Rouge and Lafayette, are the winning crew for Red Bull Terminal Takeover 2022. As winners of the project, Ruckus was awarded $5,000 towards supporting their local skate scene. Watch their edit here.

Last month, Red Bull Terminal Takeover transformed the old New Orleans airport into the ultimate destination for park and street skateboarding. Eight crews of amateur skaters from across the country joined Red Bull at the new skatepark, along with Red Bull athlete and project visionary Jake Wooten and a stacked roster of professional skateboarders.

Teams who participated then submitted a two-minute video compilation for a fan vote of their favorite video, with the winner taking home the grand prize. Following the project, Red Bull also dropped a video showcasing its recreation of Tony Hawk Pro Skater 1+2 through the transformed old New Orleans airport. You can check it out on Red Bull Skate Youtube Channel HERE.