See Which Glassing Wizards Made the Resin Roundup Semifinals 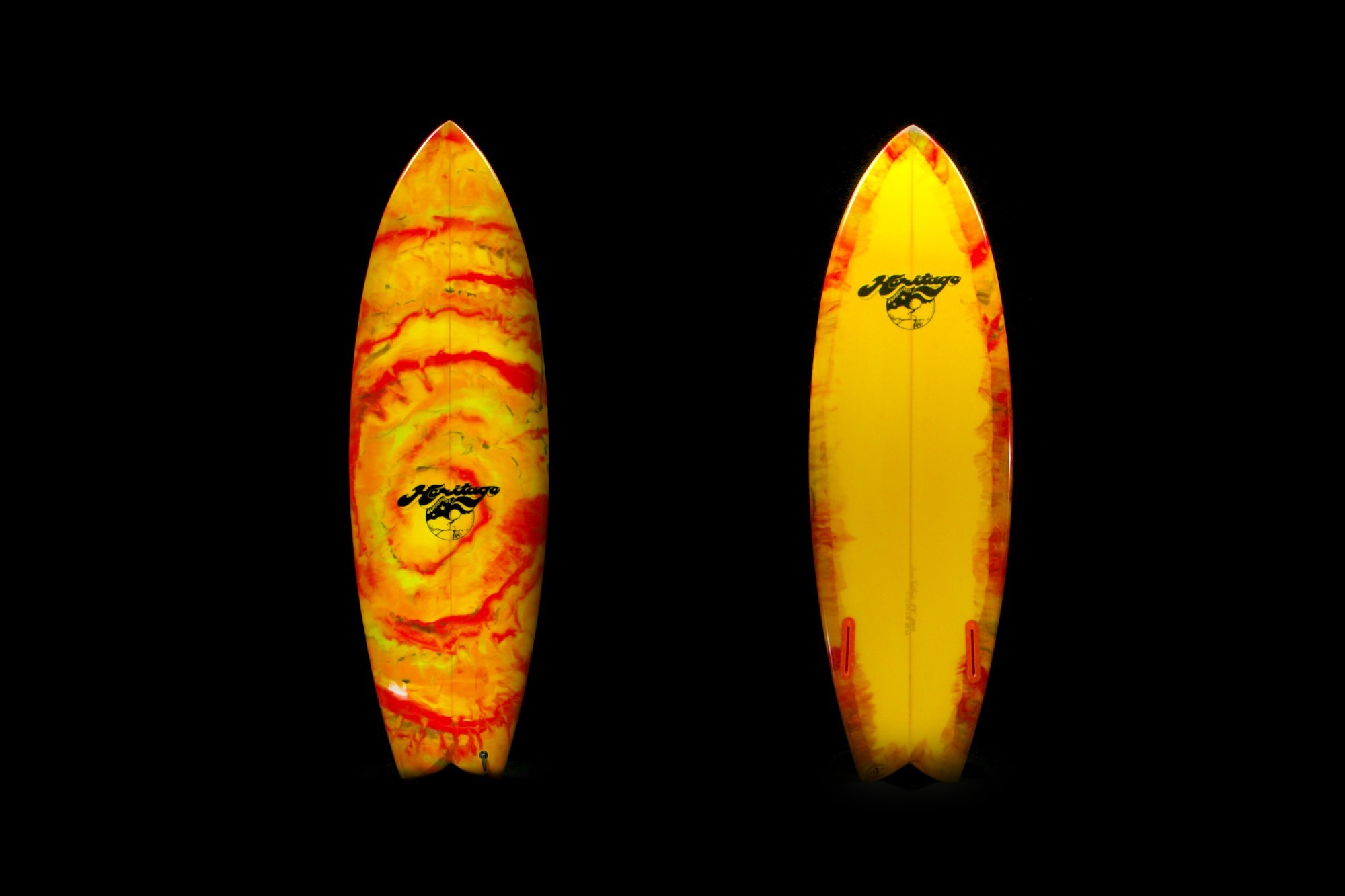 Round one of the Resin Roundup is in the books. And as the voting percentages show, they were all nail-biters — which means these will be some tough semifinal matchups.

In Heat 1, Heritage’s Brian Wynn and his unique spiral design took the win over Brian King’s moodier palate of smokey, dark reds. Heat 2 was a close race between two totally different approaches, with Mark Petrocelli of Faktion/Pilgrim pouring a modernist look just beating out HIC’s Jasper Heyne, who came in hot with a swoopy lava flow design. In Heat 3, another close one, Son of Cobra, teaming up with Lost/Catalyst, and his sunset-colored design took out Dustin Bernard and Surf Ride’s clean, punkish, pink-and-black stunner. Finally, voters in Heat 4 gave the nod to WRV’s Austin Walker and his tropical, ocean-vibed board over Mike Hurrin and Hansen’s resin swirl/rain band combo.

Stay tuned for the semis, which kick off tomorrow on SURFER’s Instagram stories where we’ll see Petrocelli of Faktion/Pilgrim take on Wynn/Heritage, and then Walker/WRV square off against Son of Cobra of …Lost/Catalyst on Friday.

Poured by Brian Wynn for Heritage. 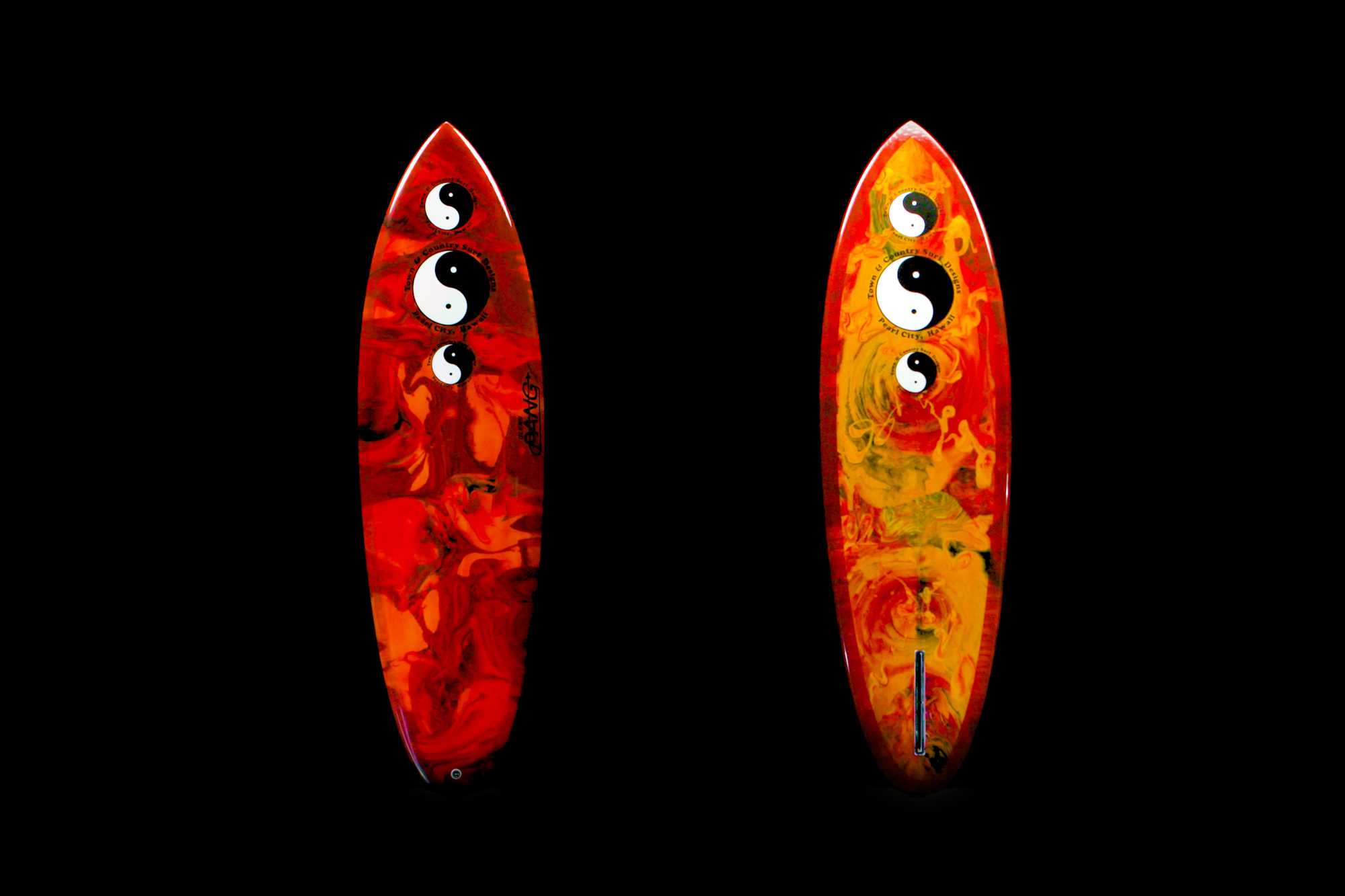 Poured by Brian King for T&C. 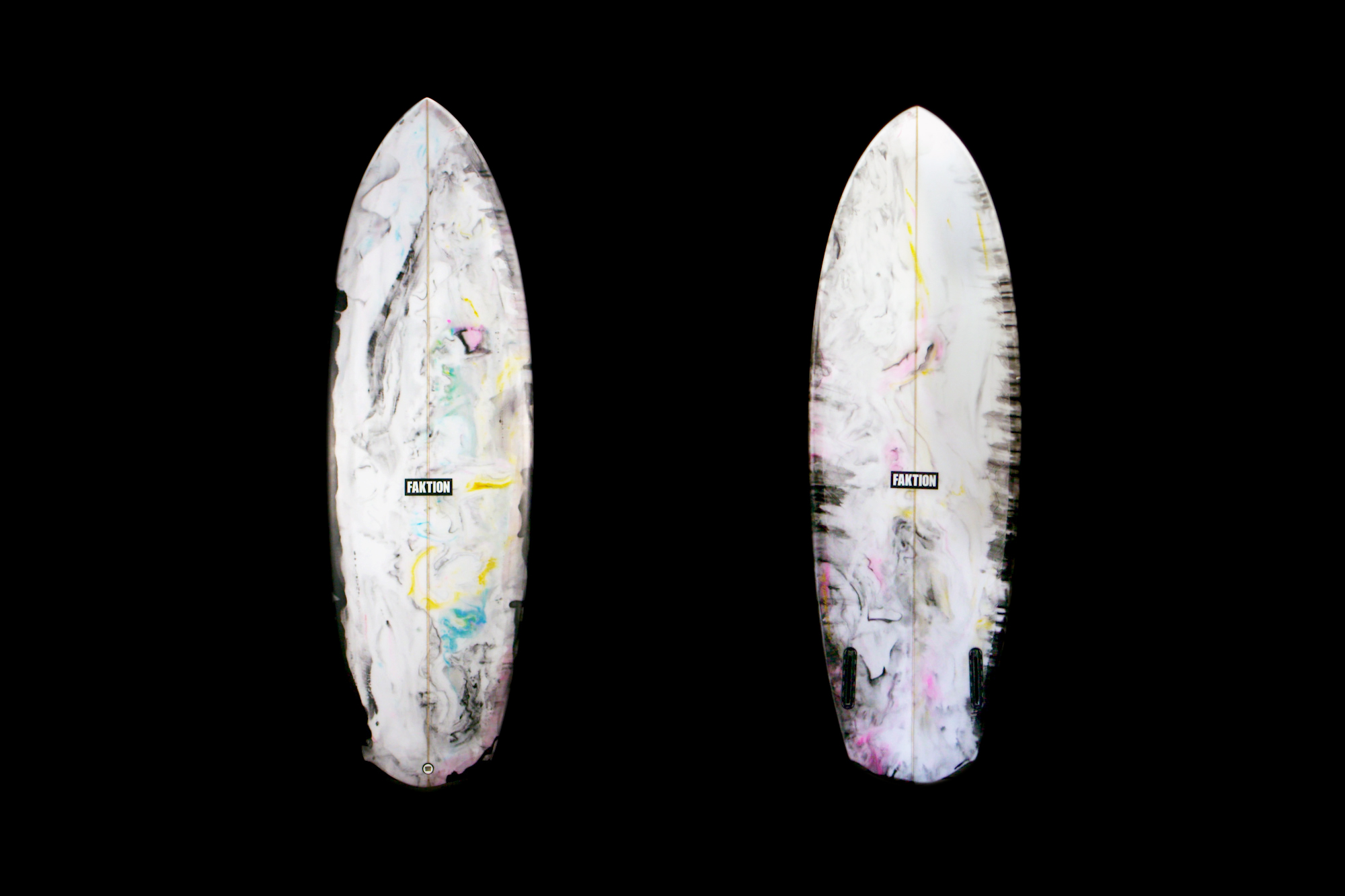 Poured by Mark Petrocelli for Faktion/Pilgrim. 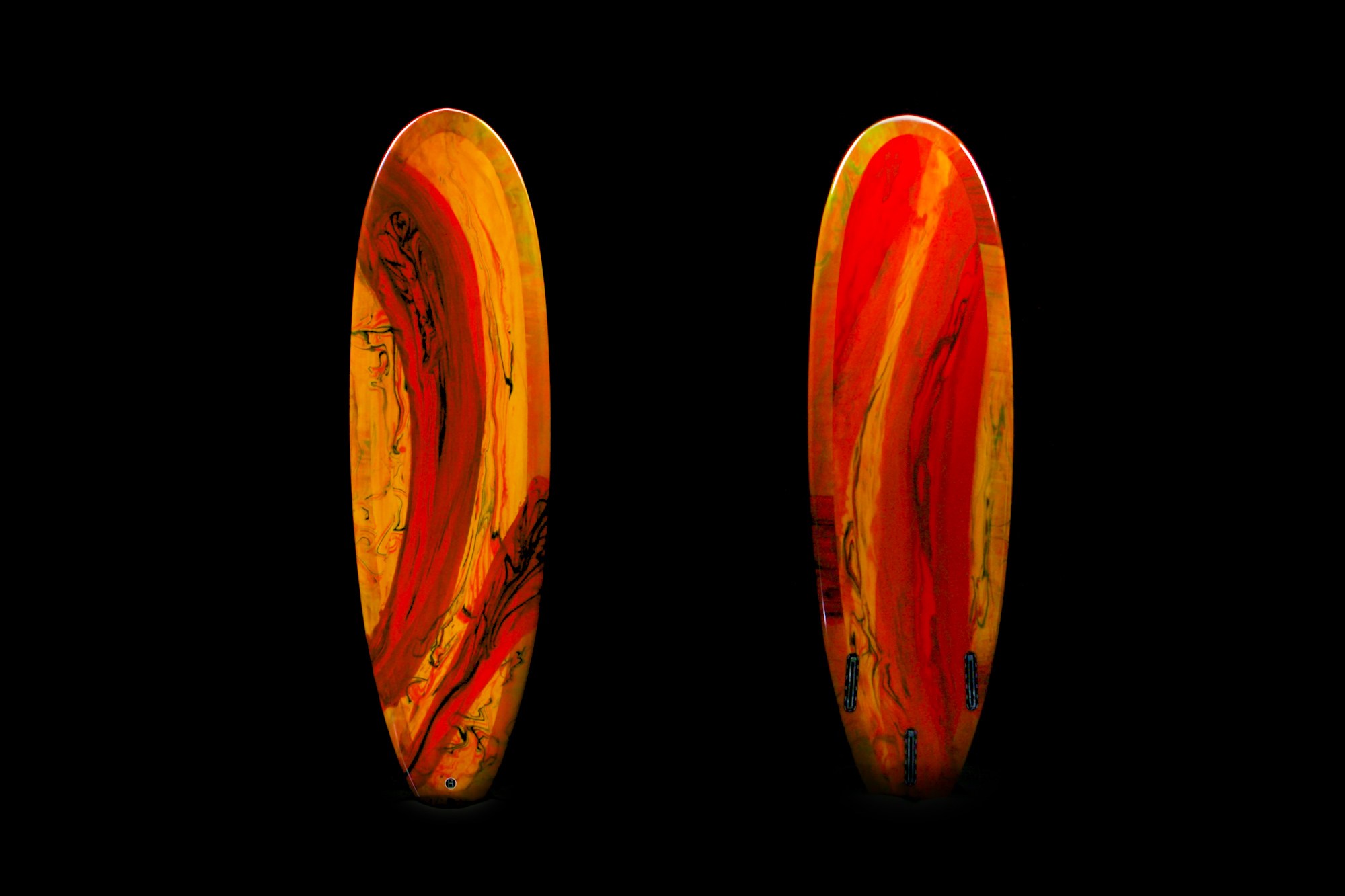 Poured by Jasper Heyne for HIC.