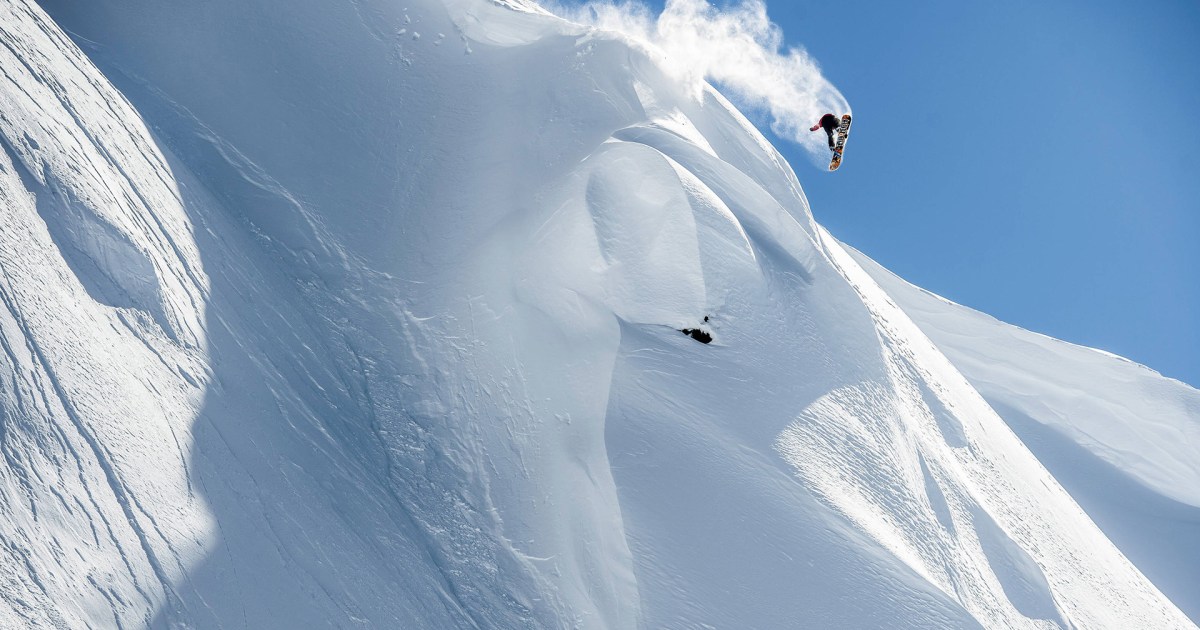 We think the names speak for themselves but if you would like to learn a bit more, we have their Natural Selection bios below (Vote here!):

Manuel Diaz
Known for his knack of big mountain lines and AK spines, Manuel Diaz is one of snowboarding’s most explosive riders. Featured in Absinthe Films’ biggest movies, Manuel is a crowd-favorite every time he drops in and the cameras turn on. Full-speed, no checks, straight to the bottom in style is his style of riding.

Danny Davis
One of snowboarding’s most beloved riders, Danny Davis is just as talented in a halfpipe as he is in the mountains. From parks to pipe to pow, Danny D can ride it all, as evident by his X Games hardware, Olympic appearances and standout film parts in deep powder. Danny D has what it takes to make it on the Natural Selection Tour.

Jake Blauvelt
One of the most talented backcountry freestyle riders of all-time, Jake Blauvelt thrives in natural terrain, making him a perfect fit for the Tour. Years ago, Jake stepped away from traditional backcountry freestyle snowboarding and focused his efforts on flowing through the mountains by his own vision, and it has paid off tenfold. Blauvelt is incredible and would fit right into the Natural Selection Tour’s mentality.

Bode Merrill
Multi-time Rider of the Year and Video Part of the Year winner, SLC’s Bode Merrill rips in any terrain. Be it X Games gold in Real Snow or the ender part in Absinthe Films, Bode is familiar with every genre of snowboarding. As of recent, he’s been more focused on backcountry snowboarding and his riding is sure to be insane every time he drops in. Will his edit be enough to get him a spot on the Natural Selection Tour? Only you and our judges can make that call.

John Jackson
John Jackson is one of the most celebrated backcountry snowboarders of this generation, as he has unlocked some of the craziest terrain from British Columbia to Alaska. Known for going massive and choosing the gnarliest line on the face, he’s equally adept on man-made backcountry booters, making him an imminent threat if he were to get a spot on the Tour.

Sammy Luebke
Sammy Luebke is one of the most technical big mountain riders alive today. Known recently for his accolades on the Freeride World Tour, Sammy always finds the craziest way down the mountain. The kid knows how to ride pow and what it would take to ride in the Natural Selection Tour. The question is: Will he get a spot?

Jason Robinson
Power, precision, and vision. That’s what Jason Robinson is all about. From the steeps of Alaska to the pillows of Interior British Columbia, J. Rob bounces down the mountain like no one else you’ve ever seen. While big mountain lines is his area of expertise, Jason’s other forte is big jumps into powder, which is what the Natural Selection Tour will incorporate at every stop this season. J. Rob is always ready to go. Just give him the green light and watch what he does.

Ståle Sandbech
With a plethora of X Games and Olympic hardware from years dominating the competitive circuit, Norway’s Ståle Sandbech has also proven that he can ride powder with the best of them. Usually followed closely by the legendary Gimbal God, Ståle’s exploits can be seen up close and personal all over the internet, and the next contest that he’s looking to dominate is the Natural Selection Tour.

Zoi Sadowski-Synnott
As if winning an Olympic gold medal wasn’t enough of an exclamation point on her young career, New Zealand’s Zoi Sadowski-Synnott now has her sights set on complete domination in the competitive snowboard space as she looks to secure a spot on the Natural Selection Tour. Like all greats, Zoi is expanding her vision beyond the terrain park, with her next objective in our sport being a spot on the Tour.

Mary Rand
A tried-and-true east coaster turned backcountry phenom, Mary Rand made the switch from the streets to powder years ago and it has certainly paid off. The Listen to the Eyes star filmed some of the most compelling footage of the season and proved that she can not only cut it off-piste but that she can stand out in a field of insanely talented riders on her own. She’s vying for a spot on the Tour and will showcase her skillset if given the opportunity.

Yuka Fujimori
Famed Japanese rider Yuka Fujimori is an incredible talent in snowboarding. Known initially for her competitive accolades, outside the park, Yuki is incredible. Growing up riding the deep snow and perfectly-spaced trees of Japan, Yuki’s vision mirrors her talent and if she wins a Wildcard spot on the Tour, she will impress the world every time she drops in. Guaranteed.