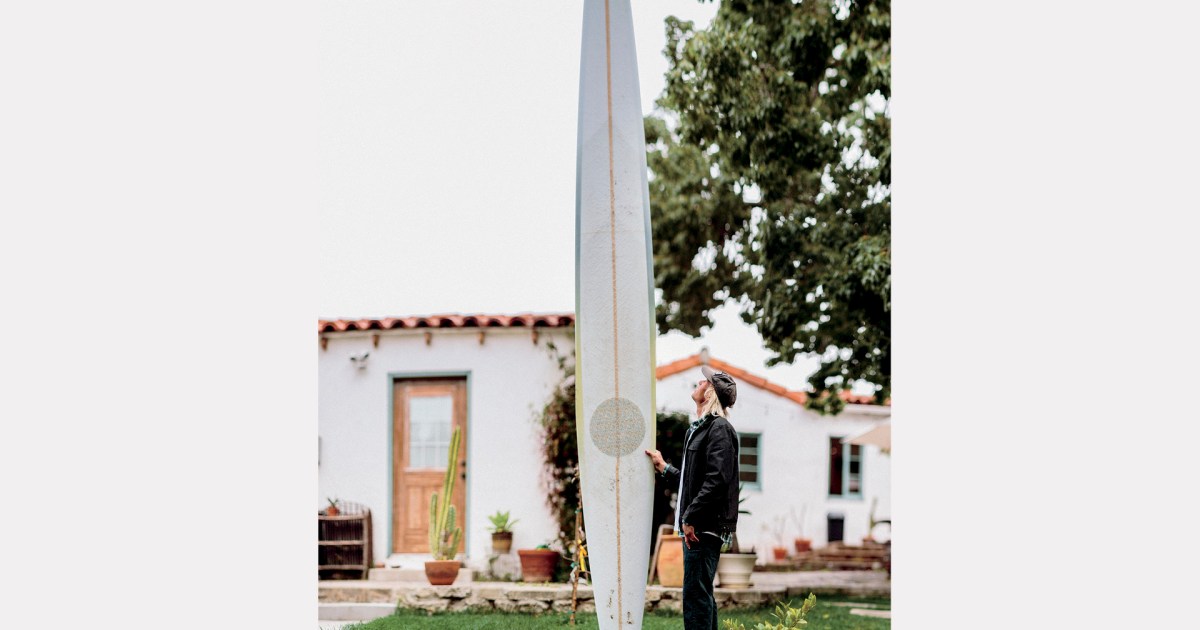 [This edition of “And Now a Gorgeous Surfboard” was originally published in SURFER Magazine Volume 60, Issue 3.]

“It’s longer than my car,” says Dane Gudauskas, recalling how strange his oversized craft looks when strapped to his roof. “I love this board. It’s wild. Donald’s idea was basically, ‘How can you make a 1-foot wave as thrilling as riding a 20-foot wave?’ He doesn’t actually consider this a glider, it’s more of an interpretation of a Hawaiian Olo, so it’s a bit longer and narrower than a traditional glider. The wide point it really far back, maybe 3 feet from the tail block, and then it gets narrower from there—it’s kind of like a tongue depressor shape. There’s a small single fin on it, so there’s not much drag, and when you’re riding a board that long and that narrow, when you find the pocket, it accelerates at such a speed that you’re not even familiar with as a surfer. It’s an entirely different type of trim experience. It’s like you’re levitating.”