Throwback: Is This The Best Wave Ever Paddled At Shipstern’s Bluff? 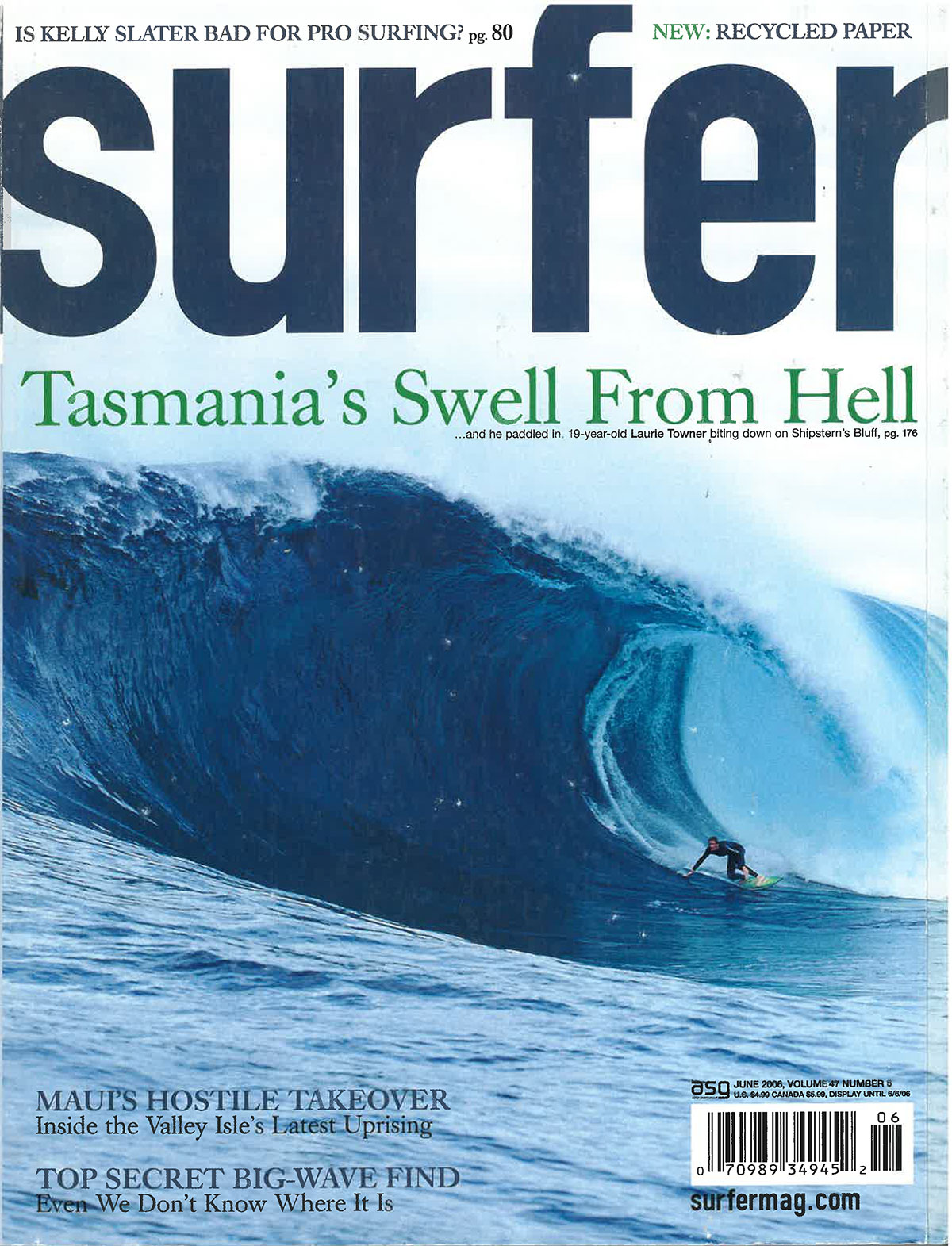 Laurie Towner is the world’s best unsponsored surfer. And he has been for a while. Laurie lost his main sponsor, Billabong, way back in 2014, two years after the now infamous “Code Red” swell of 2012 at Teahupo’o, when he dominated one of the wildest days in the history of surfing.

But Laurie is far from a one-swell wonder. Before that day in Tahiti, he’d had a couple of other standout waves: The first at Backdoor in 2005 (the same day Malik Joyeux tragically lost his life at Pipeline), and the second at Shipstern’s Bluff in Tasmania one year later, during a day when everyone—including Andy Irons and Joel Parkinson—were towing the bombs. While this entire 12-minute edit from that day is worth revisiting, click forward to 4:20 to see the wave that would end up on the cover of SURFER. If Laurie never gets another sponsor to help him fund strike trips to more waves like this around the world, he can rest easy knowing he already has a few of the best waves ever ridden to his name. This is definitely one of them.