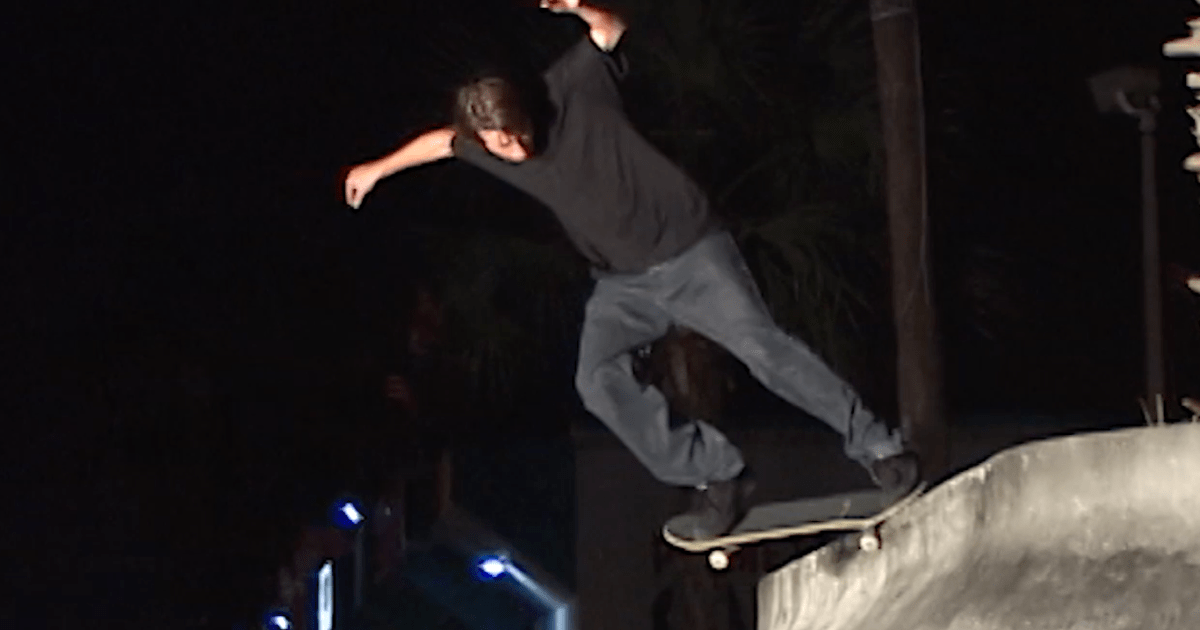 Like I said in the previous episodes, the trip was over, and with that the photographers left, as well as the TWS credit card. I did have my own TransWorld card, but I was a little scared to use it because the trip was supposed to be over but we opted to stay longer. So I was being cheap. I got us a hostel and man was it a shithole. I learned something: The shittier the hotel the less likely the guys will want to stop skating and go back to it.  So the hostel was great, because we skated almost every night, but also went partying every night so it was a catch 22. Either way we tried to spend the least amount of time in this shithole, and we got clips 🙂

Featuring Stefan Janoski, Kyle Leeper, Richard Angelides, Jon Newport and Bill Strobeck.
I start each video the same way, I pick two to five DV tapes (in order) from my TransWorld DV drawer. I read my log book and find out what’s in store for the next video. I line the deck up with the time code that coincides with what I have written down, and the memories start flowing. I’ll fiddle with the order depending on just how gnarly the tricks are, BUT these videos are chronological in the sense that I do not skip around to different tapes just to find “gnarlier” tricks to make the edits better. These edits play very closely to how the footage got recorded on each tape and what time frame I filmed each trick.