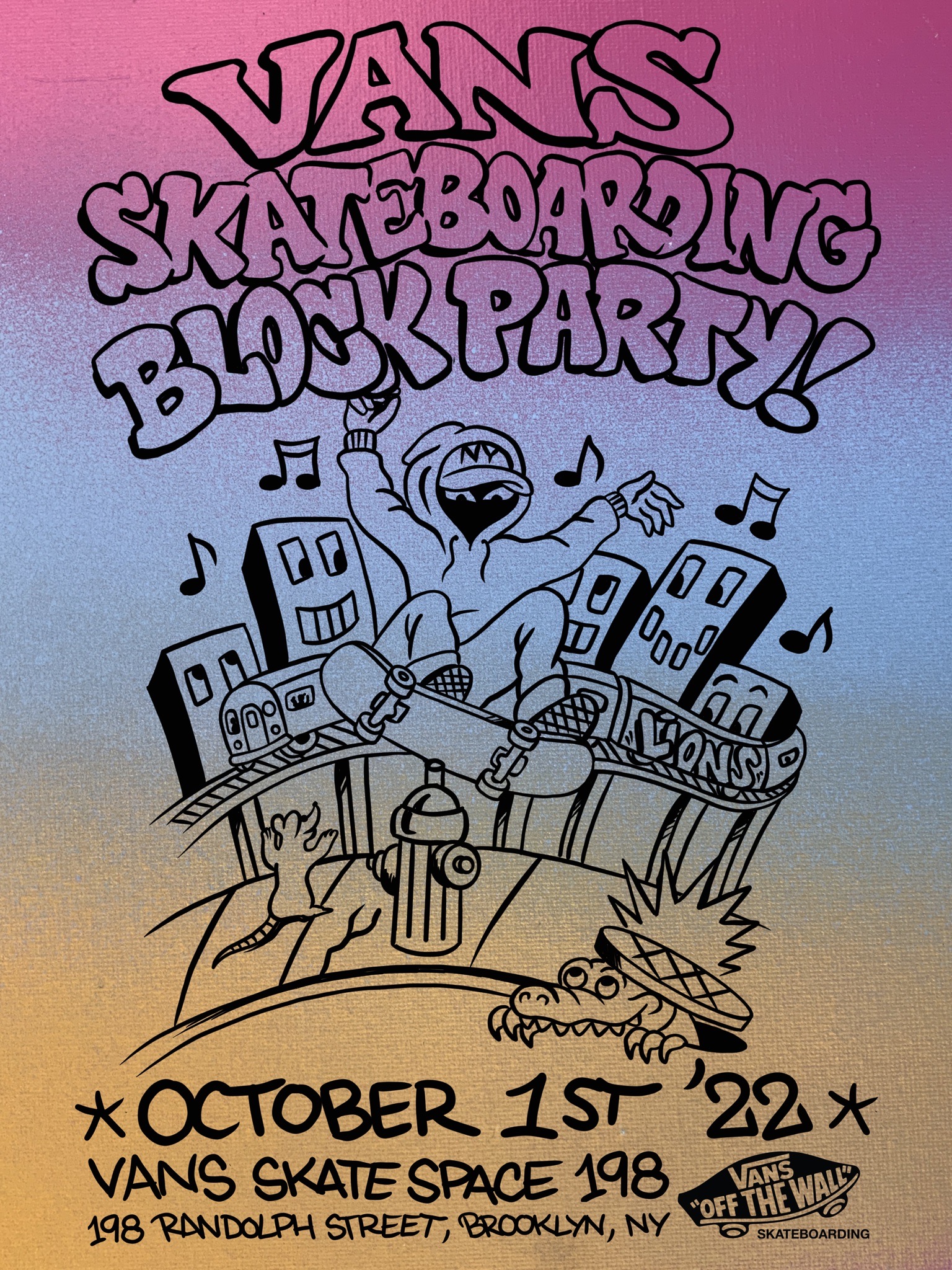 Located in Brooklyn’s bustling Bushwick neighborhood, Vans’ Skate Space 198 is an NYC skater’s oasis that first opened its doors to the city’s skateboarding community in January 2020. Now, more than two and a half years later, Vans Skateboarding is celebrating Skate Space 198’s reopening with a three-day slate of festivities centered around a bangin’ block party on October 1. The Block party is a community gathering of creativity that spotlights the best of NY skateboarding, from Unity/There to Labor and KCDC skate shops to Alltimers Skateboards, Bronze 56k, and more.

On October 1, it all goes down at Skate Space 198 with a grand reopening party. Ten hours of open skate for any and all NYC shredders will be accompanied by DJ sets from Vans Skateboarding friends and family — John Cardiel, Ben Kadow, Rory Milanes, DeDe Lovelace, and Alex Dondero —plus appearances from Vans team members like Beatrice Domond, Dick Rizzo, and Justin Henry and art from Fernando Lions. Food and beverage stands will also be present, with 20-percent of all sales going to the Vans’ Checkerboard Fund and Stoked Mentoring to aid Skate Space 198’s winter skate programming. To close out the day, Alltimers Skateboards will premiere their latest video, ‘You Deserve It,’ supported by Vans Skateboarding.

Finally, on October 2, Quartersnacks will present “The Hangover,” a brunch-style event at Bushwick hot spot Vacations.

Vans Skate Space 198 is located at 198 Randolph Street in Brooklyn, New York, a 6-minute walk from the L train’s Jefferson Avenue stop. The block party will run from 12:00 PM to 10:00 PM on October 1. More info on Vans Skate Space 198, its programming and its open skate hours going forward can be found at vans.com/skatespace198.