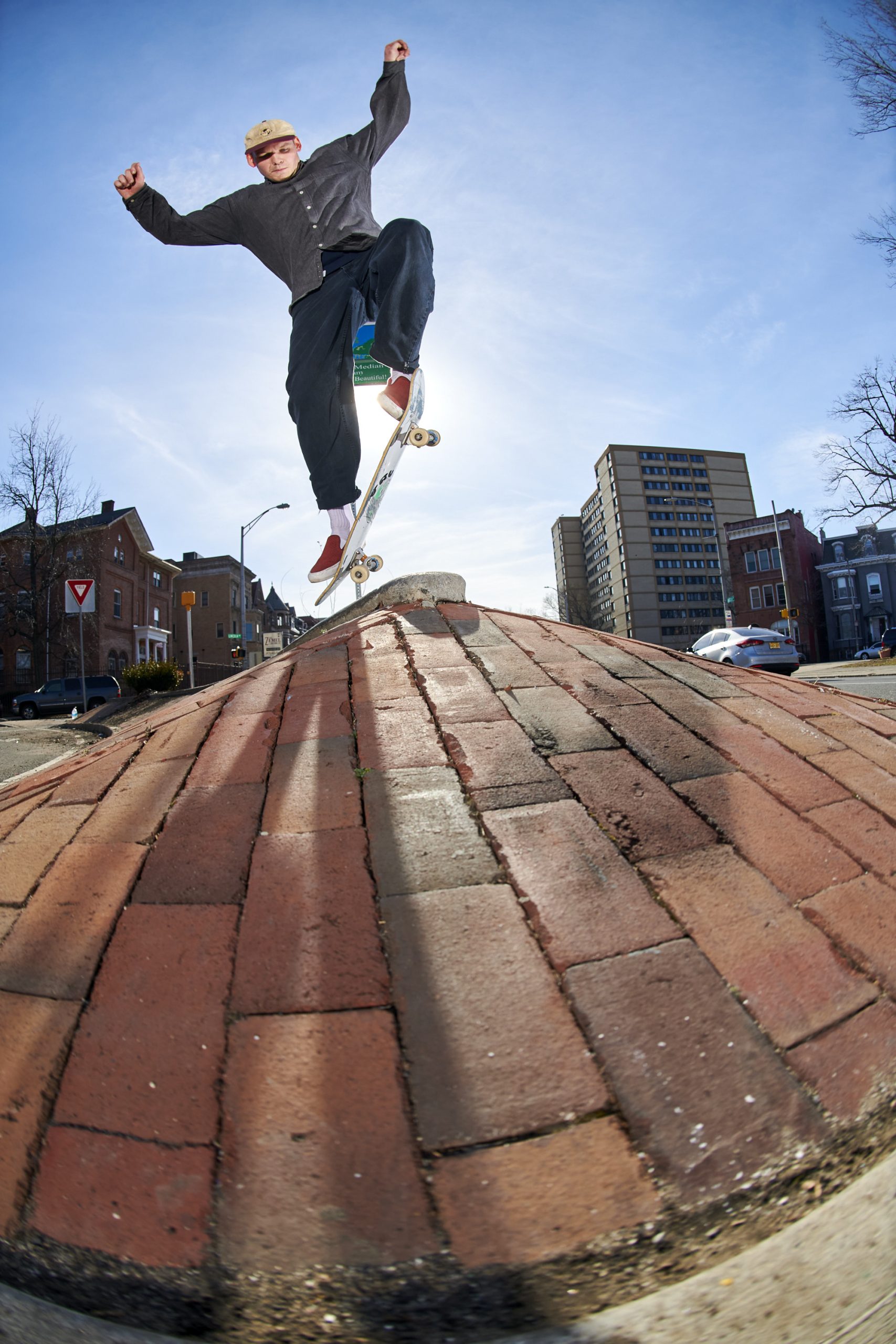 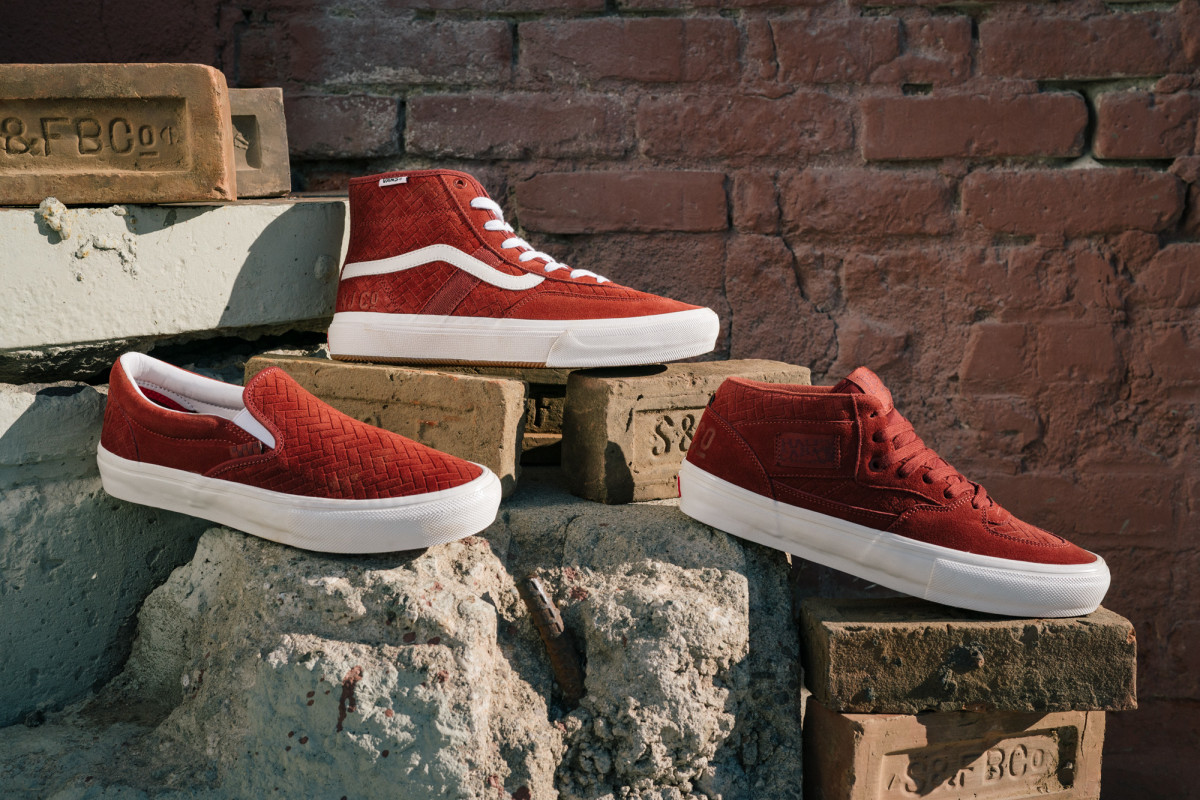 Vans is teaming up with NJ Skateshop on a collection that celebrates iconic brick company Sayre & Fisher, a local business that helped birth the shop’s hometown borough.

To pay homage to NJ Skateshop’s first location where they remained for a decade until closing after Hurricane Sandy, the skateshop and Vans unveil a NJ Co t-shirt and three limited-edition brick embossed suede skate shoes: the Half Cab, the Slip-On Pro and the Crockett High Pro. The collection pays tribute to the shop owners’ skateboarding roots, as well as Sayre & Fisher Brick Co. for their impact on the shop’s hometown.

In 2003, NJ Skateshop opened its original door at 389 Washington Road, Sayreville, New Jersey, home to NJ’s owners Steve Lenardo, Troy Jankowski and Chris Nieratko. The town was one big clay pit before being named Sayreville in the 1860s after James R. Sayre Jr., one half of the Sayre & Fisher Brick Company. During the 120 years that the Sayre & Fisher Brick Company was operational up until 1970, it became one of the largest brick manufacturing companies in the world, producing upwards of 6.2 billion bricks by 1950. The Sayre & Fisher Brick Co. built the base of the Statue of Liberty, the Empire State Building, and the World Trade Center, and also baked the bricks used to build up every East Coast city from Richmond to Boston. Additionally, Sayre & Fisher bricks were used to build some of the most iconic skateboard spots on the East Coast including the world revered Brooklyn Banks.

“Every skater everywhere feels that their scene is the center of the universe. We’re eternally grateful to Vans for the opportunity to shine a light on our childhood skate scene and to allow us to tell the story of how impactful our tiny town was to the overall East Coast scene.” – Steve Lenardo, NJ Skateshop

“The Borough of Sayreville is happy to be part of this special project and to promote the rich history of our town.” – Sayreville Town Hall Committee

The Vans x NJ Skate shop collection will only be available at 9am, March 20, 2021, at NJ Skateshop stores in New Brunswick and Jersey City and at NJSkateshop.com, and at finer skate shops across the US on March 27, 2021.