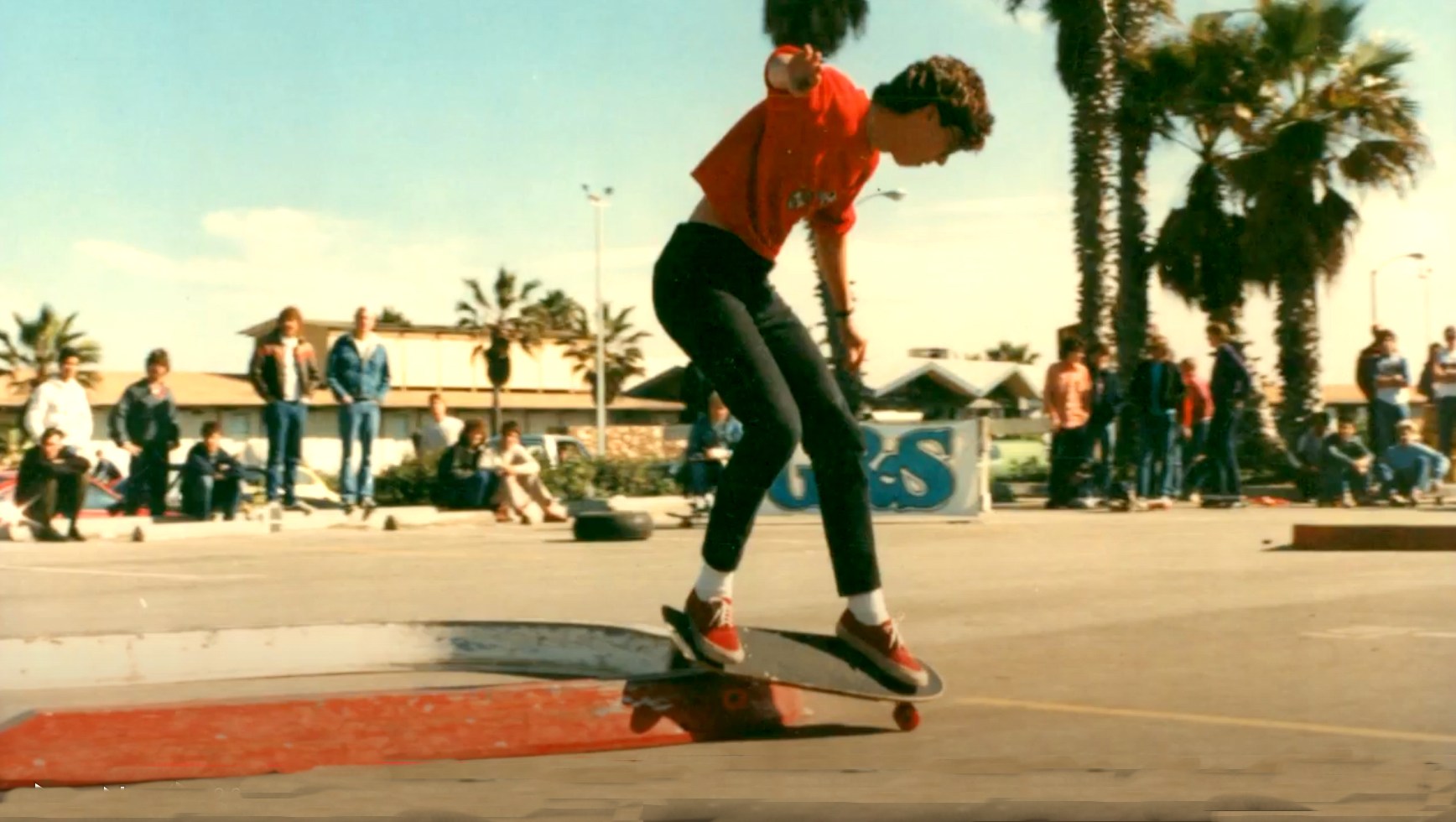 “In 1984 Derry Thompson, the chairman of the English Skateboard Association, convinced the UK government to give some cash to subsidize a trip for a group of English skateboarders to make the journey to America to go to the “World Open” in Huntington Beach California. The contest that year was previously called the ”Turkey Shoot” and were usually associated with pool contests at Upland and Whittier. This year the format was different, and Streetstyle and Freestyle were the two disciplines. Rumor has it that Derry had actually contacted the NSA to get them to call it the World Open so he could apply for the grant from the UK government so him and his crew could travel across the pond. Turns out skateboarders from far and wide were also making the trek so the name made a lot of sense. The crew from England traveled in two RVs for two weeks hitting up spots such as Delmar, Upland, Lance’s, as well as the Huntington Beach contest. Sit back and enjoy this amazing sliver of skateboard history with virtually unseen footage from the likes of Sean Goff, Neil Blender, Lance Mountain, Mark Gonzales, Tony Hawk, Kevin Stabb, Dobie, Steve Caballero, Billy Ruff, John Lucero, Eddie Reategui, Rodney Mullen, Rodga Harvey and Barry Abrook. All footage by Sean Goff. Accompanying photographs by Grant Brittain of TWS and Mark Waters, originally printed in Mark’s 408 Zine and as seen in issue 408 of @same0ld, out and available now at Same-old.com and/or finer skateboard shops.🎥 by @seangoff_toddtwist