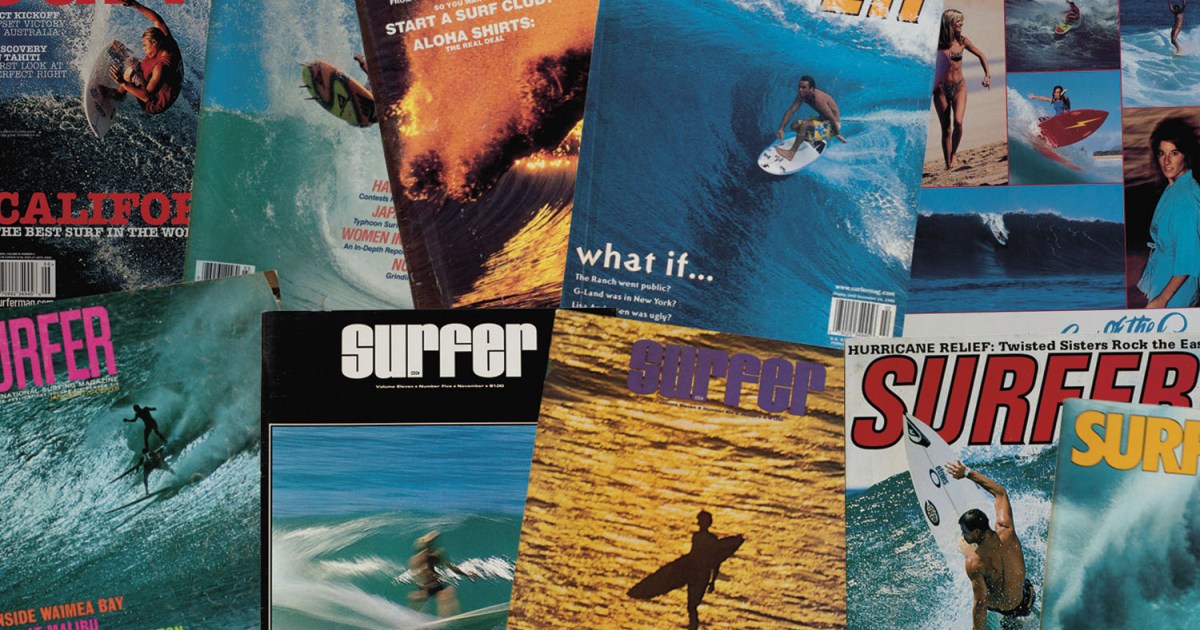 This might be the biggest goof in SURFER history. You probably couldn’t do worse, short of running the print upside-down or somehow backwards—though you might be able to pass that off as a stylistic choice. For the July 2003 issue, longtime SURFER contributor Kimball Taylor flew to Tahiti and wrote a fawning profile of Tahitian charger, eventual wavepool water safety guru and all-around nice guy Ramaina Van Bastolear. Terrific photos were taken, lovely words written, a layout carefully prepared for publication. So far, so good. But wait, what’s this? A postage stamp sized image of a topless Tahitian woman appeared in one of the photos. At the 11th hour, just before the printing press whirs to life, a directive from the publisher: nix that topless photo. There’s a scramble to reorder the photos, a whole new layout is organized, and the issue is sent to press.

In the haste to button everything up, however, disaster strikes. The text wasn’t put back together properly. Because the copy had already been proofed, nobody thought to read it again after the new layout. So in the actual printed article, you get the introduction to the story repeated twice on page 98 and 99. Worse still, Kimball set it up to paint a brooding picture of Van Bastolear, only to then reveal his soft, sweet side. Unfortunately, that part of the story was vaporized, replaced with the brooding words running again. We’re introduced to Van Bastolear as a local barking angrily at outsiders, then, oof, a missing redemptive arc. Suddenly, we’re reading about somebody named Henry (Henry Lucas, an iconic figure who helped popularize surfing in Tahiti in the 1970s) and we’ve zoomed off, leaving Van Bastolear in the dust, forever the angry local, at least according to  this piece, and never the smiling, gracious host.

A double-whammy of a screw-up, one lessened only by the fact that Van Bastolear is one of the nicest people you’ll ever meet. Shoot, that almost makes it worse, actually, doesn’t it? Either way, we’re sorry, Raimana. Still.