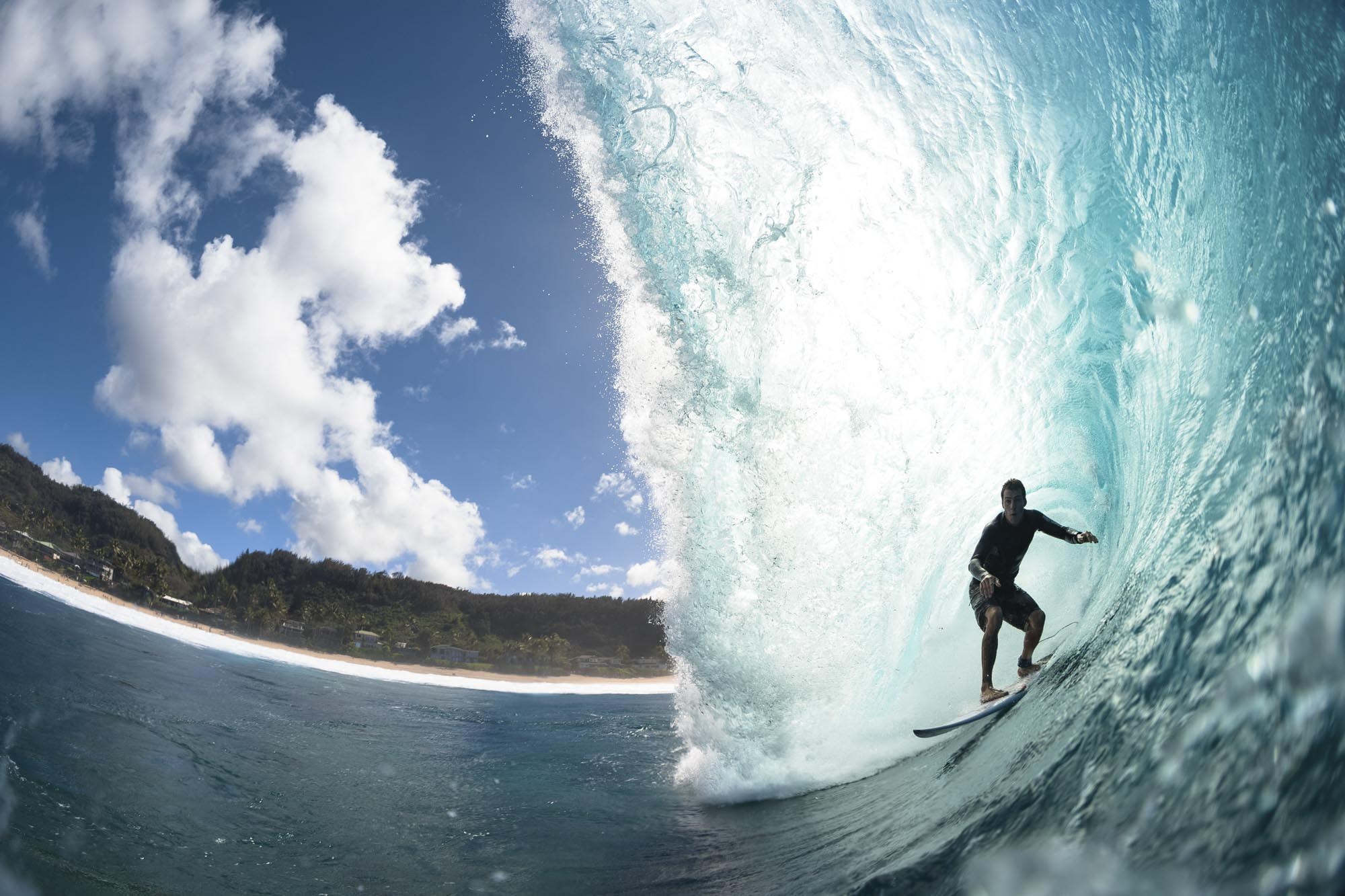 For the past few weeks, New York has been the epicenter of the COVID-19 outbreak in America. As of this writing, there are nearly 70,000 cases in the United States (with 20,000 in New York alone), with 50 percent of all new U.S. cases and nearly 1/3 of U.S. deaths originating in the NYC metro area alone. Like Italy, NYC is a hot spot that defies explanation. All we know is that it’s bad. And getting worse.

Wanting to hear from a surfer from the New York frontlines, we called Long Island, New York’s Balaram Stack to hear how he’s holding up. Like most surfers, Stack is taking things seriously and mostly self-quarantining at his mother’s house on Long Beach.

I know you were on a trip to Scotland when the COVID-19 outbreak got really bad and America banned travel from Europe and the UK. What was that like traveling during a pandemic?

Man, I tried my hardest to avoid being home during this whole pandemic, but the more serious it got, the more I needed to get home and be home. But yeah, I had been trying to get to Scotland for a while to finish this movie “Hail Mary” that I’ve been working on. The forecast was looking so good so we planned it out last minute. It was before the virus outbreak was really bad so we were just like “f–k it, we’re going.”

So we get over there, and on the fourth day we wake up to a bunch of texts telling us to get home because the border is closing. We kind of panicked because we didn’t want to get stuck over there, and even though we heard Americans were still gonna be allowed back in, we weren’t taking any chances. We ended up getting a flight back home the day before the restriction went into place.

Did you at least get to surf?

Yeah, we had three fun sessions. The forecast was looking good for weeks though, which made leaving really tough.

Now you’re home in New York, which is basically the epicenter of COVID-19 outbreaks in America. Have you just been posted up inside since Scotland?

Well, it probably wasn’t the smartest thing, but I actually went to Puerto Escondido for two days. Things have obviously been getting progressively worse, but 10 days ago it didn’t seem like a bad idea. Anyway, I flew down hoping to post up for the summer. But then I started realizing how bad things were getting worldwide and I didn’t want to take any chances getting stuck in Mex for however long, especially if things got really bad. So I got some barrels, flew home, and I’ve been home on Long Island since.

Being so close to the city, how are people in Long Island reacting to the pandemic?

I’m not sure it’s set in for a lot of people yet. The weather has been beautiful, and there have been soooo many people on the boardwalk. It’s an open space, but there have been more people on it than during the summer. It’s kind of wild. I don’t know. It feels like they think Long Beach is immortal or something.

Have they closed the beaches?

That’s the thing — they haven’t here yet. But I think they will as cases keep climbing. They’re basically quadrupling by the day in New York. I heard some places might close the beaches but not the ocean. I hope that’s all they do here, because there are fun waves coming. But if they shut surfing down for good I can respect that; I’ll just try to be productive and keep busy at home. At the same time, I feel like the ocean is one of the safest places to be, and surfing is the best way to get your mind off the news and the anxiety of the unknown and all of that. We’ll see if they agree. I guess it just depends on if city officials are surfers [laughs].

How about local businesses? Are surf shops shuttered?

Yeah, they’re all closed. They stayed open for as long as they could. Nelly [Mike Nelson, owner of Unsound Surf Shop], is tripping. It’s just nothing but uncertainty right now.

Do you have friends in the city? Have you spoken to them about what it’s like seeing one of the biggest cities in America go on full lockdown?

Yeah, it’s wild. My buddy is a fireman in the city and he’s just tripping going to work on a Monday morning at 7 am and there’s no traffic. Just not something he ever thought he’d see. I know the city is a ghost town and a lot of people there are getting the virus. They brought in a boat to add hospital beds last night. That’s how bad it’s getting. Apparently by tomorrow, the hospitals will all be at capacity [Ed Note: According to the NYT, all of the more than 1,800 intensive care beds in the city are expected to be full by Friday].

Being so close to the epicenter, does that make you nervous?

For sure. The news gets worse every day. The fact that people don’t seem to care here on Long Beach is kind of unsettling in itself. I know the chances of getting it living in New York are higher than most, and I’m mostly worried about getting it and giving it to my mom. That gets more worrisome with the day, for sure.

How about for you? What’s your daily routine look like?

I’ve just been working on this sauna in the backyard of my mom’s house. Just tinkering around here really. Working out on the bike a bunch. The more I move the more my head settles. As long as I can I’m still trying to surf, and stay away from everybody. Mostly just hoping for the best and for life to get back to normal sometime soon. Oh, and I’m also planning to give blood this week. It’s one thing I know I can do to help.

I know certain brands are struggling right now, with Volcom furloughing a big chunk of employees. Obviously a tough situation. Have you had conversations with friends there?

Yeah. There’s a bit of ease in the fact everyone is in this together. It makes it a bit more comfortable in a way, you know? I realize my paycheck is in jeopardy, but I’m OK with that. I’ll figure that out. I’m not trying to stress about something I can’t control. There’s too much uncertainty in the forecasts. We just don’t know.

For sure. No reason to get caught up in mass hysteria. It’s just not good for the mind.

Right. I can relate that to growing up traveling and getting in tough situations and finding my way out. It’s like losing my passport or my wallet overseas and handling it as it comes. That’s how I’m taking it anyway.

You’ve gone through enough to know everything is solve-able.

Have you thought about plans for the summer and beyond? Or whenever you can travel again?

Not in too many specifics. I just want to go on two more trips to finish this movie. It’s a project I’ve been working hard on — I’ve never put this much effort into something that helps explains a lot about myself. I want it to come out properly. I want it to feel right. It’ll be about going from a grom here in New York to surfing Pipe, and a bunch of shit in-between.