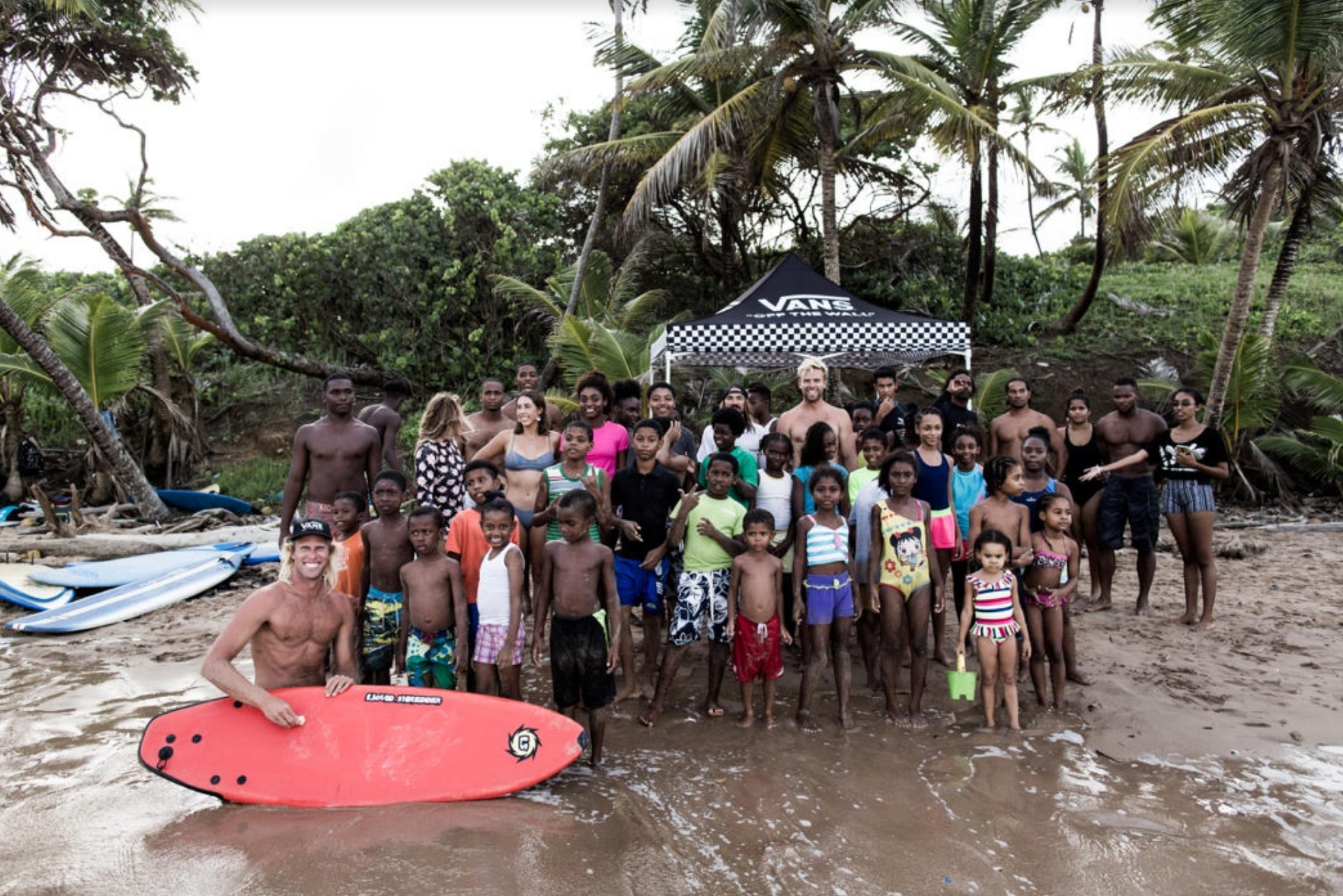 “It’s more than a board drive to us, it’s a human thing,” says Trinidad and Tobago surfer Chris Dennis in “Breaking Boundaries” (above), a new documentary from Vans highlighting Dennis’ life as a surfer and how he started a surf therapy program for at-risk youths in the rural communities of Trinidad. “If we share, and really care for each other, a lot of our problems will be solveable. So, it means the world.”

Dennis, who used to compete on the ‘QS, knows what it’s like to grow up with the cards stacked against him. While his home country is one of the richest in the Caribbean (thanks to its oil exports), the wealth is not equally distributed, with many communities living in poverty. Dennis, through surfing, found an escape at an early age — a way to avoid the pitfalls of poverty — and wanted to make sure the youth of today on T&T get an even better opportunity to explore the sport. He started Waves for Hope and began introducing locals kids to the healing power of the ocean.

Inspired by the success of past surfboard drives to Jamaica and South Africa, Dennis teamed up with Vans and the Positive Vibe Warriors to collect hand-me-down surfboards from all over the U.S. to ship down to Trinidad and Tobago. Surfing isn’t big in T&T, and surfboards and surf equipment are so scarce it would be impossible to introduce hundreds of kids at once to the sport without doing a board drive. Due to this board drive, hundreds of surfboards were delivered to kids all over the island, who now have a chance to fall in love with surfing, and the positive effects it provides.

“At its core, ‘Breaking Boundaries’ is about connection, within the global surf community and humanity as a whole,” says Vans, in the description alongside the film. “It is the hope of all involved in these board drives that they trigger a domino effect, encouraging surfers the world over to contribute to foundations like the Positive Vibe Warriors, Waves for Change and Waves for Hope, and launch socially beneficial initiatives of their own. By connecting surf scenes across the planet, and the individuals who drive them, we can affect much greater societal change. It’s an ethos that Chris believes can ripple far beyond the world of surfing.”

Click play above to watch the film in its entirety, with additional commentary from Dennis, Dylan Graves, the Gudauskas brothers and Leila Hurst.