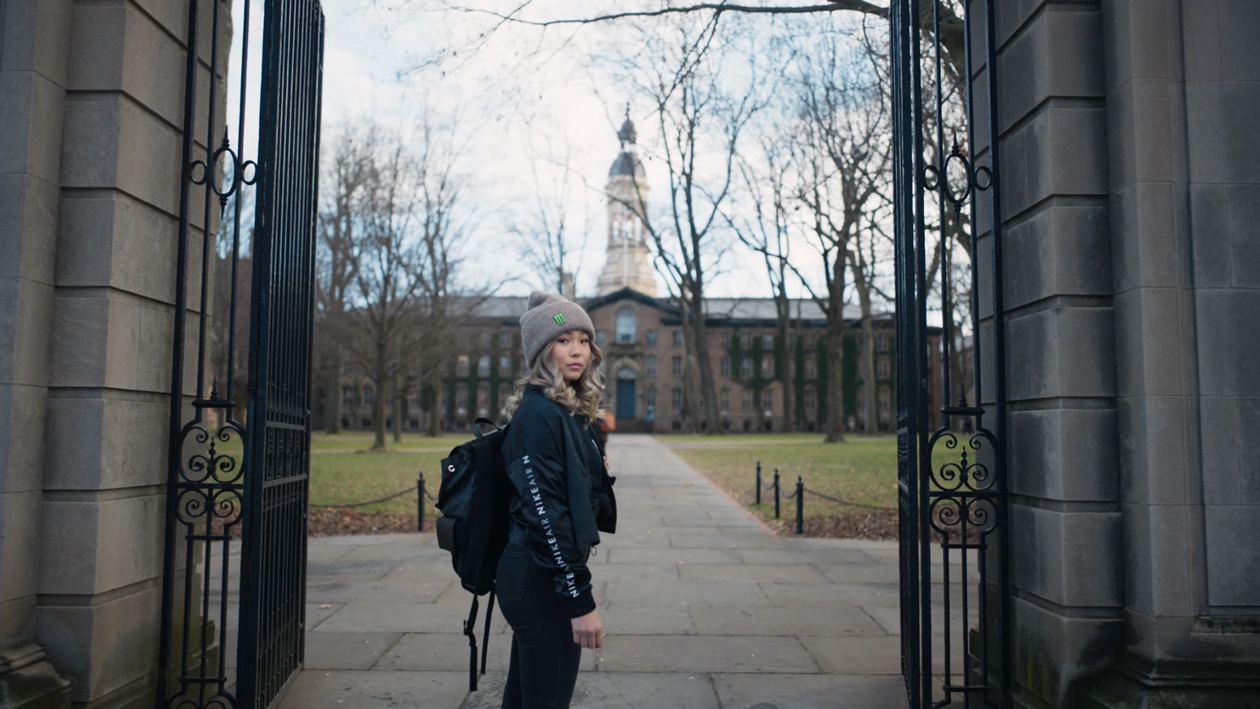 From Dew Tour:
This season, Chloe Kim made the dramatic switch from being a globe-trotting professional snowboarder to a normal college student almost overnight. Things like decorating a dorm room or setting her own schedule were foreign ideas to someone who was used to constantly being on the move, in a new city and hotel room every few days. “I did make a lot of sacrifices. I didn’t really go to school, so I was really socially awkward for a long time. I think I’m better now. I didn’t know anything but snowboarding,” says Chloe, “I’ve lived in a bubble until now, and that’s crazy to me.” Adjusting to a brand new life, a new schedule, as well as new places and friends, would be a daunting task for anyone, and Chloe is taking it all in stride. Hear more of her story in her second episode of Beyond the Bib SeasonFour, now playing on Snowboarder.com.