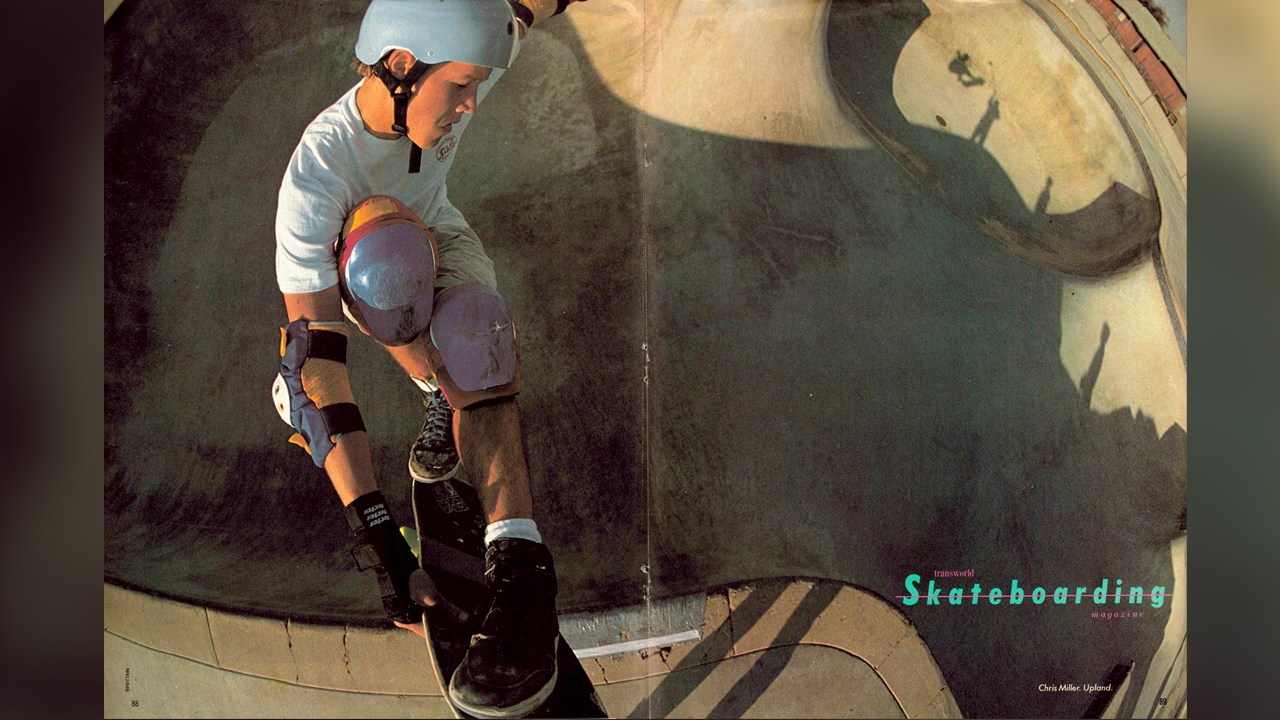 Our good friend and contributor, Eric Swisher, has an epic interview with the legendary Chris Miller he just posted to his site. Link below to the full interview. Dive in!

Chops: Alright Chris, I know you grew up skating the notorious Upland Pipeline, how much of that experience do you think influenced your “whole side of the ramp” style of vert skating?
Chris: Well, I grew up skating parks and bowls. The Combi, in particular. That’s what I really learned to skate on. And it’s been said a thousand times, but the old Combi really was much bigger and burlier than the new one that everyone knows now. But yeah, I do think that’s where my whole style of skating evolved from.

Once the parks started closing down, that’s when the backyard ramp scene started popping up. Suddenly, all of the contests were now on these portable ramps or at someone’s house. And these things were super narrow. It’s not like how it was later with the X-Games where ramps were 100-feet wide. These ramps were literally made to fit in someone’s backyard. Even the ones that weren’t personal ramps, I remember going to Kona and that ramp being maybe 16-feet wide. 20-feet max. It was skinny. Which meant that it felt even more confining for me because I grew up skating a massive bowl.

So I really had to adapt my style in order to fit in these things, which was difficult for me. I essentially had to compress my skating down. I did develop an edge-to-edge style, which some of that was intentional and other times, I just needed more room to do my tricks. Because I like to carve into my tricks instead of going straight up-and-down. And I wasn’t someone who had a million variations of every trick, either.

I basically had to become more trick-oriented as opposed to line-oriented, which took a while.

Continue to the full interview here!