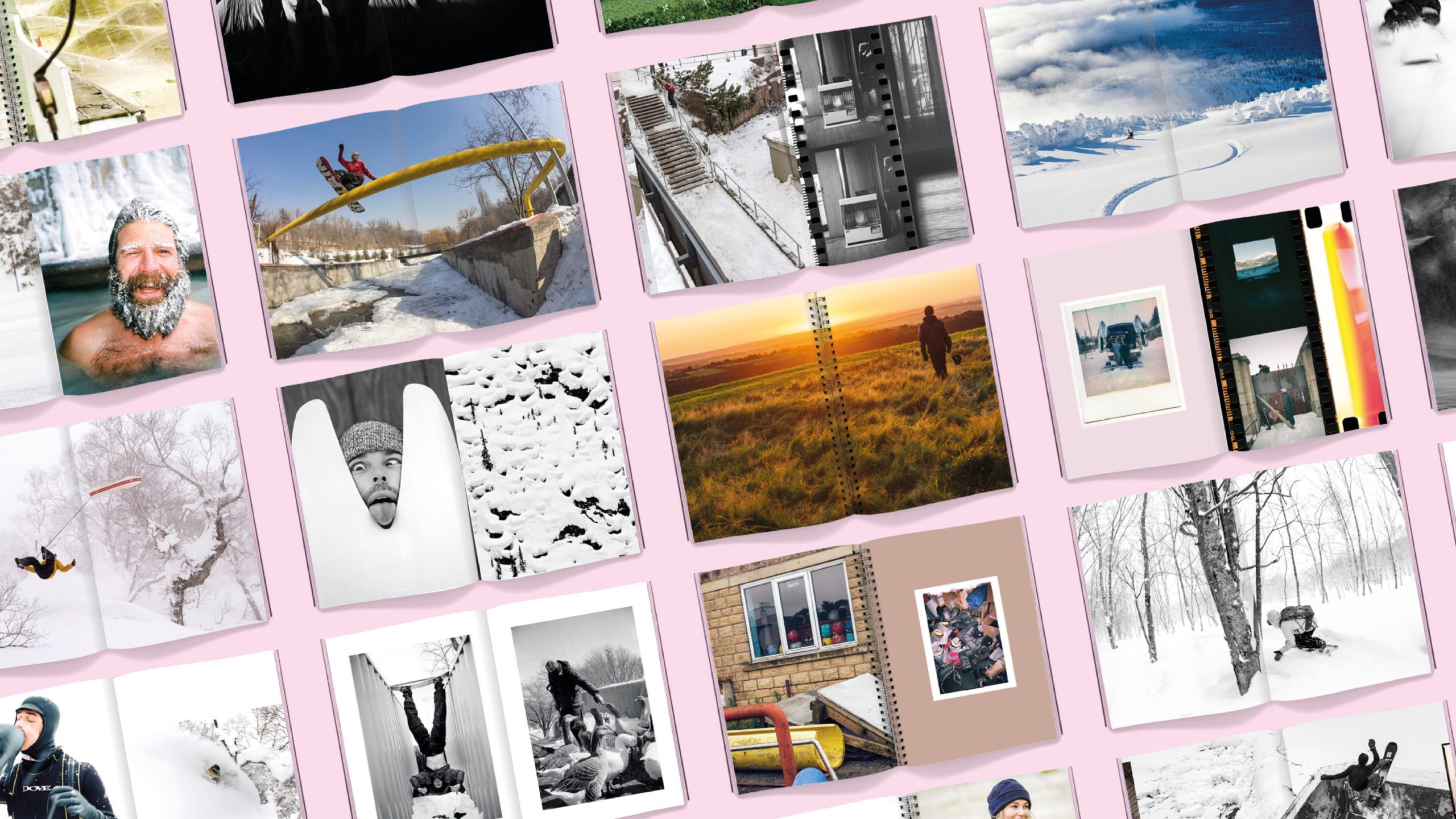 If you haven’t seen the pastel pink squares containing prints from an eclectic group of photographers on Instagram… congratulations, you aren’t spending that much time in front of your screen this quarantine. If you have, now is your chance to learn a bit more about them. “A new snowboard print initiative curated by photographers Matt Georges & Perly”, CLUB SANDWICH is a limited edition box set with five different zines from five different photographers sent straight to your house.  Dropping this past winter in collab with artist/snowboarder Will Smith, the 330 pages are still available to help pass the time off hill while staying off your phone. That being said, if you DO want to follow them on your phone, their Instagrams along with the interview with Matt are below.

It is you and (Photographer) Perly’s project right?
Around six months ago I found this nice archive black box with magnet closure and thought it could be cool to use it as kind of a gift box with zines, postcards, stickers etc. inside. I have worked a bit on the concept and asked Perly if he was keen to be part of the “Zine” Club. Turns out he was even more keen to invest time and money into the whole project so we partnered and made it happen. The concept can evolve in time but we want to make at least one thematic box a year, choose an artist from our snowboard culture to design a patch and a new lettering each time, and gather a couple photographers/artists to create a few zines.

How did you and Perly meet?
He was still a “pro” snowboarder when I have started to shoot snowboarding around 15 years ago so we crossed path a couple times. French snowboard scene is not huge and I guess we became friends within the years…or parties. 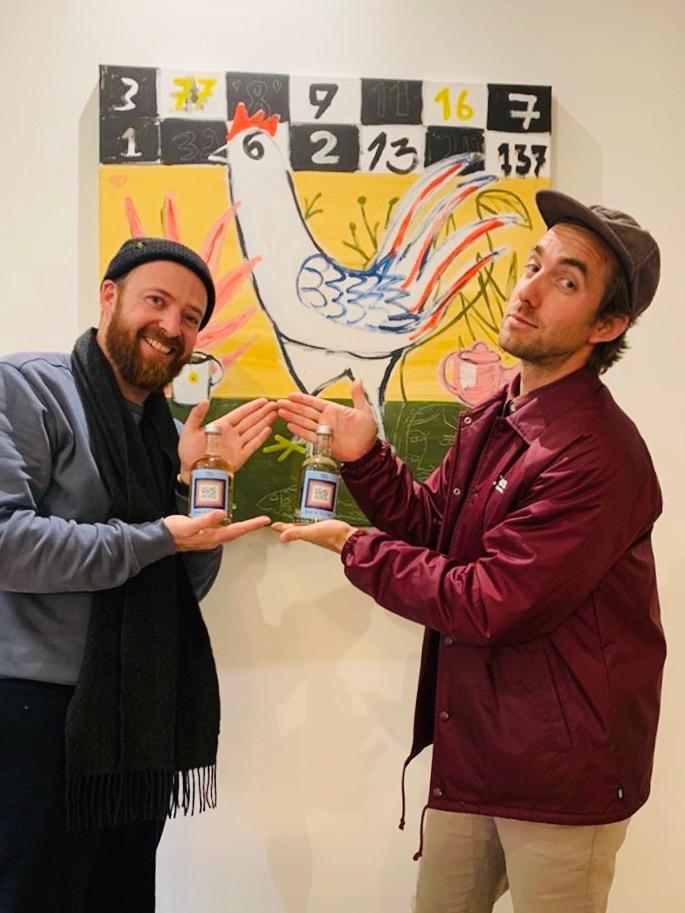 Have you guys worked together before?
Perly was on a trip with Absinthe in Norway, around May for the last glimpse of the winter. They had 2 terrible weeks with rains, crazy wind and bad snow and he was about to give up when I joined the crew. At one point after a few “weather days/party all day long”, he flew back home, I stayed there for 10 more days and exact same bad luck with conditions. When I gave up Jerome Tanon, also French photog and good friends, showed up and of course he scored the perfect days and came back with the best shots of his season!! Except that, we don’t really cross path during the winter as we avoid shooting the same crew at the same time. Especially when I know he is always following me around to steal my angles!

Why make Club Sandwich? Thoughts on the current print times?
Well, I have had a few hats since I began working in this industry from Art Director/Graphic designer to photo editor to photographer, so for me it just makes senses to create stuff and eventually print them. Couple years back when Benedek launched his book “Current State of Snowboarding”, it really pushed me harder to make my own projects. I see everyday how the skateboarding scene is creative and I think we kinda miss it a bit in snowboarding. Of course it’s different, our industry is more seasonal, everyone is off for couple months and back at it when winter starts again. It’s just crazy when you compare both scenes. There are so many little projects in skateboarding, and even surfing! So couple years back I really wanted to gather a bunch of photographers and create an annual and independent print project called THE.DIRTY.DOGS.* I took a couple binding classes and then made my own D.I.Y. Japanese handbound 200 pages book. That was the beginning of a lot of other print projects and more recently CLUB SANDWICH.

I just think it’s great to see people making projects about snowboarding in general, whatever medium it is. Movies, zines, books, magazines, blogs etc. We had a few nice print projects lately like CURATOR by Tassilo Hagger, ATAGGE/PLANETARIA Zine by Aaron Schwartz, ZABARDAST coffee table book by Jerome Tanon, TORMENT Mag, GEX by Silvano Zeiter, the Year Book from Erik Hoffman and all the First Layer and TRIPLE by Vans. Magazines are struggling or dying but we also see a bunch of projects happening all around. It’s a very stimulating time actually! 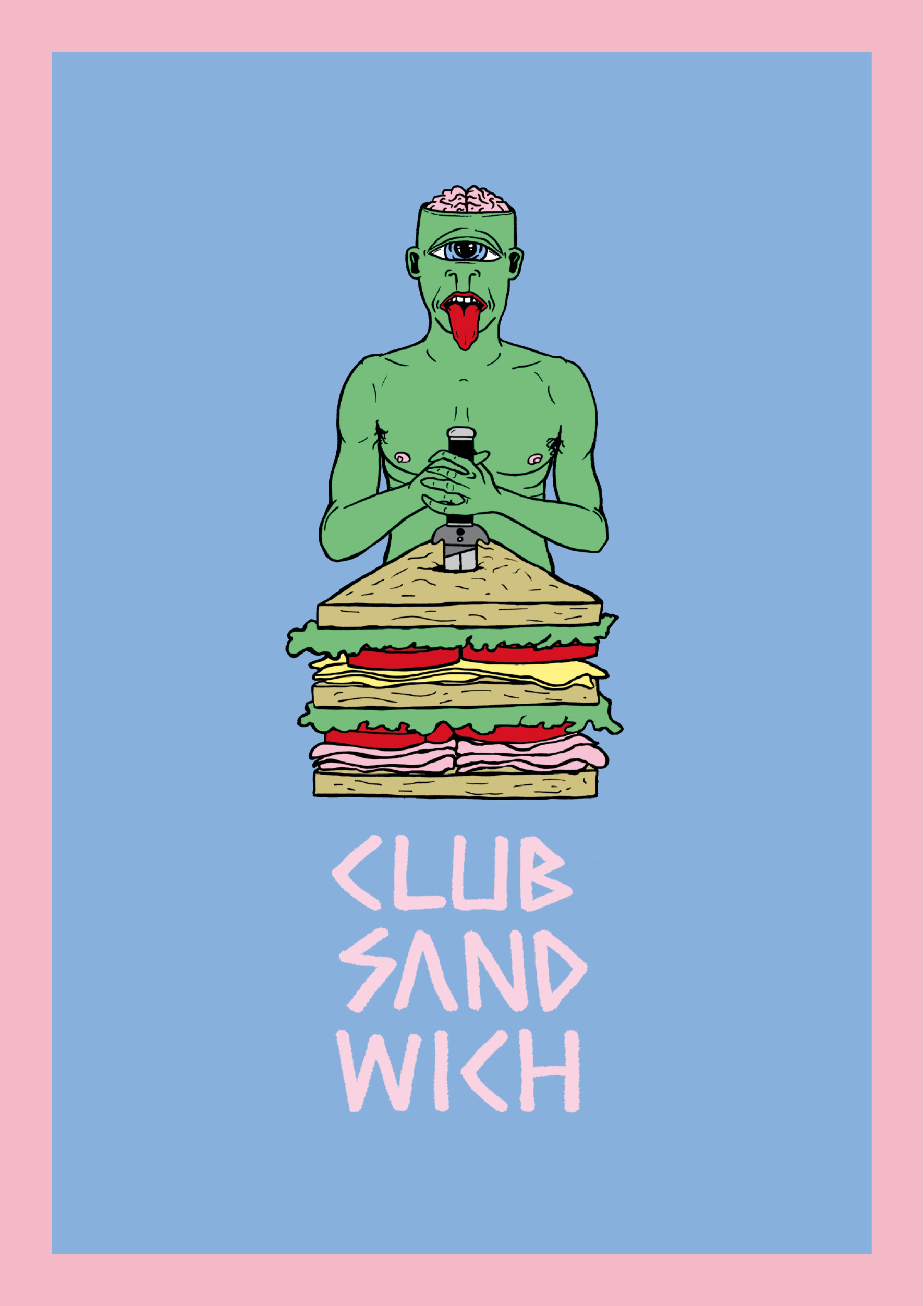 Besides the obvious answer of their talent alone, what drove you to work with the rest of the photographers featured?
The original concept was kind of random I believe. I wanted to show 5 different style of snowboarding from 5 different photographers. I really wanted to do something with my friend Andrew Miller who is, to my humble opinion, one of the greatest. He is really good at shooting powder in general and I thought about doing a black and white essay only with turns, lines and natural hits.

Perly is shooting a bunch of street snowboarding and spent a lot of time with Louif Paradis… so I have asked him to send me all his photos from the past 5 years. I know Rip Zinger photos since a long time but we never met so I wrote him to see if he was keen to send me a big folder of “snow surfing and surfing in winter” photos. I wanted to show the similitude and connection of both world. We got a bunch of snow/surf legends in his zine, it’s very colorful and quiet at the same time.

For the 4th zine I wanted to connect with a pro snowboarder that makes nice photos during his travel. At first I thought about Darrel Mathes who is a very good photographer but I’ve had already published a bunch of his polaroids in my last “THE.DIRTY.DOGS”. Perly suggested Cole Navin who is snapping around a lot and doodling bunch of things. He was keen to create his own zine from A to Z so I let him do it and we adjusted a couple details at the end. It’s mostly about his time traveling around shooting for Vans Landline and Together Forever.

And for my zine I really wanted to shoot a Dryslope in UK since a while so I hit up Jamie Nicholls and Katie Ormerod from Halifax, Yorkshire, to see if we could go back to their original snowboarding roots.. 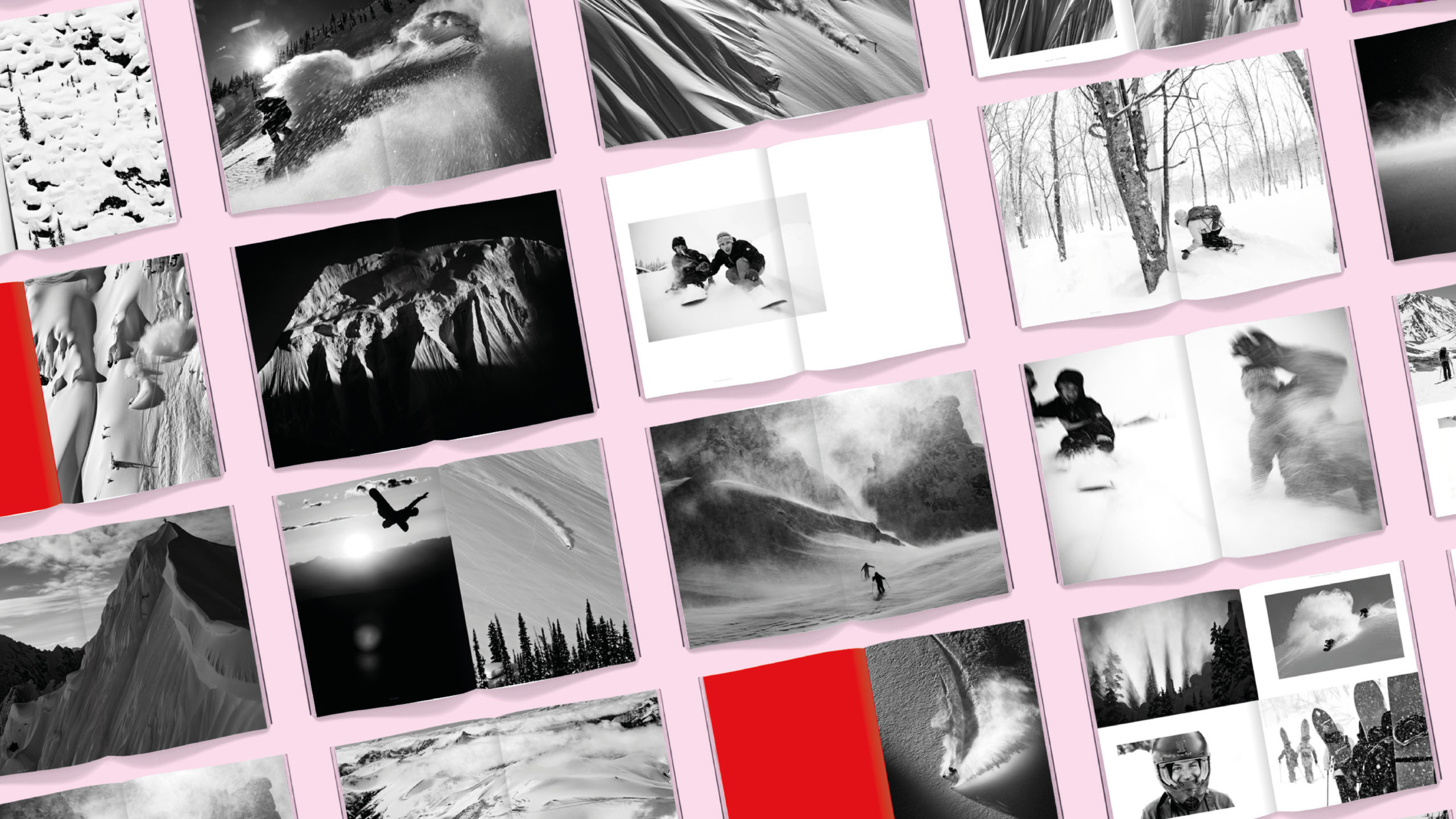 A selection from Andrew Miller’s zine.

Is this the first ever snowboarding print issue totally dedicated to dry slope? How did you approach shooting it?
I have no idea but I would say so. My zine is a 70 pages spiral little book only about our few days up there. At first we shot 2 days (actually just a couple hours) on the dry slope itself. The first day it was pouring rain, that was not so easy to work and walk around. The next day we shot at sunrise under a beautiful blue bird sky. Jamie and Katie are originally from this little village called Halifax, which is an hour away from Manchester. It’s really the English countryside as you can picture this. Very cliché but lovely at the same time. Local pub, farms, redbrick houses, hundreds of grass fields with thousands of cows and sheeps, and of course a bunch of rain! So after getting a couple action and lifestyle photos on the dry slope itself, I spent the rest of my week driving around the city and countryside. I really wanted to explore the surrounding of the area and try to answer why you become a snowboarder in a country where there is no mountains and barely any snow. When you think about it, they are both snowboarders as much as the guy riding down crazy lines in AK, or hitting rails in a ghetto neighborhood in Poland. That’s really this whole diversity of snowboarder that I wanted to show in Club Sandwich Vol. One.

There seem to be as many quiet moments as action shots, maybe even more…
All those moments, quiet or intense, are part of our culture and I wanted to show it, too. This project is 100% independent and we can do and show whatever we want. At some point each zine a photo essay too, each page resonate with the other one, we spent a lot of time on details.

It looks like a wonderful layout, was that you and Perly as well working on the design?
Thanks! Each zine has a different binding and paper and I have done all the art direction and design myself except Cole’s one which we adjusted a little. UK snowboarder/artist Will Smith designed the patch on the box, I just gave him a couple ideas and direction. Then together with Perly we spray painted, glued the patch and numbered each box, one by one. That’s about it. Each volume I’d like to have a total different design and style. I just want to keep the same format and concept. The first volume contains 5 zines (330 pages all together with different styles of paper and bindings) + 2 stickers + 1 postcard.

Will you be making another volume of Club Sandwich?
Of course! We have a few concepts already for the 2 upcoming ones. We still have 100 boxes left out of the 500 so we didn’t loose any money, that’s already a good start! It’s a non-profit project, we just want to create limited prints/objects at a very affordable price that make people stoked about snowboarding, arts, design and photography.

Any young photogs in Europe you are keeping an eye on?
Not sure if we can still call them “young” photogs but we enjoy the work of a few guys here in Europe of course! Carlos Blanchard and Silvano Zeiter being some of them but both are in the scene since a little while now. Unfortunately it’s becoming more and more complicated to get a living out of snowboard photography so we don’t really have any young photo ripper coming up. They were a few but they gave up after some time.

A depressing way to end an interview, but this was over email so that is all we have. No pleasantries were exchanged at the end, so we will say thanks here. THANKS, Matt!