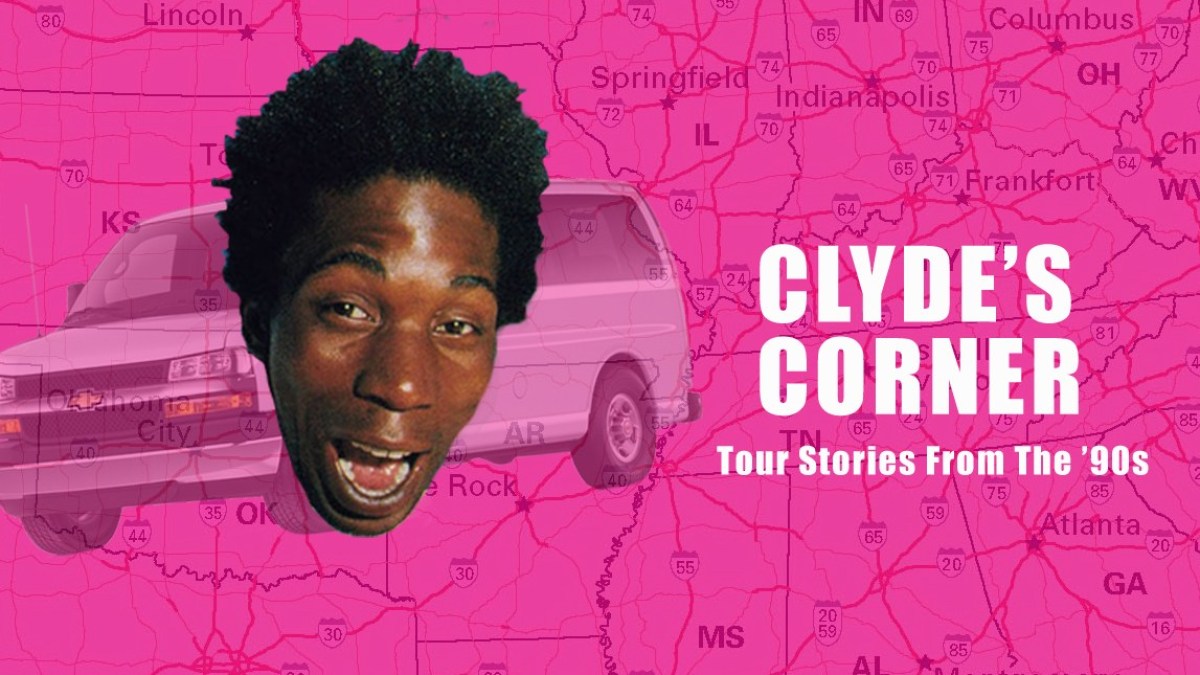 I was gonna write a piece on how bars are very similar to churches by pointing out how you all congregate, donate most of your earnings to them, and both are overrun with pseudo-rehabilitated hood boogers, but that probably ain’t the simple breakdown with facts you’re trying to hear at the moment. So, instead you’ll get these tour stories from the ’90s.

Accidentally Smashed Jason Dill’s Head Into The Passenger Door
Jason and I had a strange relationship. Like, one day we’d be best friends then the next, I’m accidentally slamming his head in the passenger door. We were in Rhode Island, I believe, or someplace where there’s only about four Black people, and I asked Natas to stop at this boardwalk arcade for snacks and video games. Not sure how y’all do it now, but back then, immediately when the keys shut off the van, you called your seat in the van. I don’t think Jason heard me call shotgun, and when I came back to the van, there he was sitting shotgun. I asked him to move and words were exchanged. I then went to pull him out the front seat. He held onto the seat belt and I heard a huge thud. Natas was pissed. I got my seat back and hopefully Jason sends me a nice Fucking Awesome package for remembering this story.

“I’m pretty sure someone also sold us cow shit as hash that night.”

Why You Never Call Call-Girls
I’m not gonna say who my teammates were, but me and Sal had nothing to do with this. So, these dudes decided to call some “sex workers” to the room, in of all places, New Orleans. We had adjoining rooms, so of course we always kept the doors unlocked between them. Next morning, we got a wake-up call to get up outta Dodge. I’m fumbling around the room, looking for my bags, and I say to myself, “Did I get that drunk, that I forgot my bags in the van?” Then, I hear “What the fuck? They got my brother’s Jordans man!” I’m sorry, but I cry laughing every time I think about that line. Anyhow, these dudes had called some “skrippers” late-night, passed out, and one of them left the room door cracked. These girls robbed all of us clean. Even took my Missy Elliot cassette, and that joint was hittin’ the whole tour. I’m pretty sure someone also sold us cow shit as hash that night, but that’s an entirely different story.

He Get It From His Momma
This was one of the strangest things I’ve ever encountered on tour. It was probably the night Rodney Mullen saved me from myself. We skated some raggedy ass parking lot demo in Virginia, and I just wanted to do anything but skate that raggedy ass parking lot. In steps some dude who was having a party that evening. He invited all of us to some house. First off, it was on the Mason-Dixon line, way off the main road. Not gonna lie, that joint was straight up creepy, but I was down! As the party gets weirder, and weirder, I’m making out with some girl who looked so bad that Rodney had to be a friend and step in. Then, as we were both going to gather everyone up. Dude who was having the party starts getting a bit rowdy. Then outta nowhere, this dude started grinding on his mom’s like Patrick Swayze in Dirty Dancing. Trippy thing was, not one person thought it was strange. They actually all hooted and “yeeeee-uhp’ed” dude into a sexual frenzy on his mom’s thigh. Moral to this story: skate raggedy parking lots kids.

“I’ve never folded my body so intricately behind a passenger seat in my life.”

Sundown Towns
I’d always heard of these kinds of places, and I’m being dead serious, these places still exist. I’m pretty sure it was in Kansas, or maybe it was Missouri. Either way, we arrived to the wrong Kansas City around 5 a.m. and subsequently slept in the van under the demo ramps. After the demo, we decided we needed some adult sodas, but it’s Sunday and the next town to get beer is a nice drive away. Seeing as there were some females in tow, my giddy ass decided I would volunteer to ride with the ladies to get alcohol. Boy, was that dumb. We got about 20 minutes out of the city, and there were straight-up militias on the side of the road chilling. I’ve never folded my body so intricately behind a passenger seat in my life. I made it back to the hotel a little over an hour later and told Matt Hensley about the whole thing. He then comforted me with some story from his EMT days, where some dude tried jumping off a bridge, then running his car in the garage, and I believe finally eating a bunch of pills, and lived! Oh, the joys of touring.

I gotta get outta here. Got beef with this ole ashy-ass, buck-toothed groundhog that keeps eating my crops, then coming right up on my bedroom window lookin’ at me like, “What’s up, cuz?” And to make matters even worse, my cat looked at me like, “What we goin’ do about this blood, man?” Anybody need a cat? Until next time, y’all be easy. Peace.