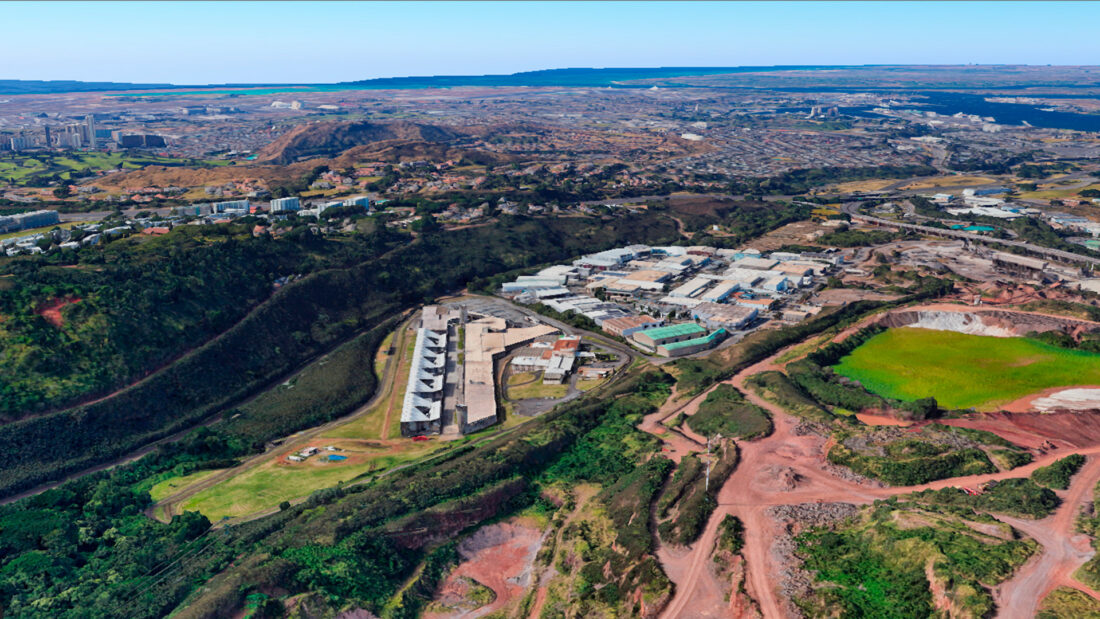 When residents on Oʻahu started noticing a fuel smell and taste in their water last month, it seemed the worst case scenario had come true. Over 80 years ago, the United States Navy built an underground bulk storage facility in Red Hill, just west of Moanalua, to store up to 250 million gallons of jet fuel for World War II. Each of the 18 operational tanks are 250 feet tall, large enough to fit the Aloha Tower within each tank, and they act as a source of fuel for the military’s ships and planes.

If the sheer volume of these tanks isn’t alarming enough, they lie rusting no more than 100 feet over Oʻahu’s main aquifer, which supplies the island’s freshwater from Halawa to Hawaii Kai. Half of Oʻahu’s residents, along with millions of visitors, depend upon this irreplaceable water source. If contamination spreads, the impact is unconscionable. What would hospitals do to access clean water? How would families shower, do their laundry, clean their dishes or cook food? Every part of our lives depends upon clean water, and this critical resource is now threatened.

With the tanks continuing to corrode with no preventative action, and some parts being no thicker than that of a dime, it’s no wonder our water supply has been poisoned. If one of the fuel storage tanks was shrunk to the size of a Hydro Flask, the wall would be as thin as aluminum foil. After over 80 years since its construction and the last major Pacific war, these fuel tanks are still in use and continue to pose catastrophic threats to Oahu’s people and its environment.

Since 1943, almost 200,000 gallons of jet fuel have leaked from the Red Hill facility into our freshwater supply and environment. This includes the 27,000 gallon fuel spill that occurred in 2014 alone.

Just last month on November 20, another 14,000 gallons of fuel from Red Hill leaked, and just a week later, reports of sickness and a fuel smell and taste started to roll in. Now we know that over 100,000 people have been affected by the fuel leak, with 2,800 displaced, and some even hospitalized.

The impacted population includes the Navy’s own families at Joint Base Pearl Harbor-Hickam, which includes military housing, schools and a day care center, along with the Aliamanu Military Reservation. This crisis has occurred solely at the fault of the Navy’s persistent inaction despite knowledge of these threats for decades.

The Surfrider Foundation was horrified when the Navy then released this fuel-contaminated water straight into our storm drains, flooding directly into our oceans, streams and surrounding environment. Now, people on Oʻahu not only need to be afraid of the water they drink, cook and shower with, but they also have to be hesitant of swimming and surfing in our nearshore waters. In addition, our corals, fish, birds, and other organisms are at risk of ingesting jet fuel, jeopardizing their health and the wellbeing of our coastal ecosystems.

Not only did the Navy double down on their acts of mass pollution, they are also fighting the recent emergency orders from Governor Ige and the Hawai’i Department of Health to drain the fuel tanks. This wasn’t an isolated event either. In 2020, a bill was proposed to effectively shut down the Red Hill tanks by 2028. The Navy lobbied extensively against this bill, and they succeeded. In May of this year, a 1,000 gallon fuel leak occurred. Recovered emails revealed that the Navy had evidence that this leakage was active, but they waited months to report it to the Department of Health.

The Navy’s own studies cite that there is a nearly 1 in 3 chance that the facility could leak up to 30,000 gallons of fuel every year. Despite this alarming data, the Navy still refuses to take adequate action to prevent this. On top of that, their studies state that a sudden release of 120,000 gallons or a slow release of 2,300 gallons of jet fuel per year per tank “would have, at most, a minimal impact on groundwater.” As we can see by this recent spill of 14,000 gallons causing multiple hospitalizations, the impact is significantly more than “minimal”.

Everyone deserves the right to clean water. How many times must people be hospitalized, their health threatened and our environments destroyed before enough is enough? Do we wait for an earthquake or another large leak to poison our water source once again, before we demand quick and decisive action?

We must make sure that this is the last time that our water supply and our interconnected environment are contaminated. We must guarantee that the Navy follows the orders of the Department of Health and drains the fuel tanks. We must ensure that the Navy no longer has the ability to threaten the health and wellbeing of Oʻahu’s people, ecosystems, and communities. We must fight for our neighbors, for our keiki, for our families. We can do it, but we need the help of the entire community to be aware and stand up against these harmful practices.

One important action is the passage of Bill 48, which was introduced this month by the Honolulu City Council, and which would effectively require the shutdown of these tanks due to their persistent leaks and proximity to our aquifer. Another call to action is to call for the Biden administration to order the tanks to be de-fueled and decommissioned. Storage alternatives exist for the Navy, and they have an urgent duty to take action immediately to prevent any further leaks or damage to our water source and to the public trust.

The Sierra Club of Hawaiʻi has been a leader on this issue for several years. For more information about how you can get involved and for the latest updates on this issue, visit @sierraclubhi on instagram and subscribe to their email list at sierraclubhawaii.org/redhill.

The Surfrider Foundation Oʻahu Chapter stands in solidarity with organizations who have shown leadership on this issue, and we call for all surfers and ocean lovers to be aware, spread the word, and take action to protect our precious natural resources.