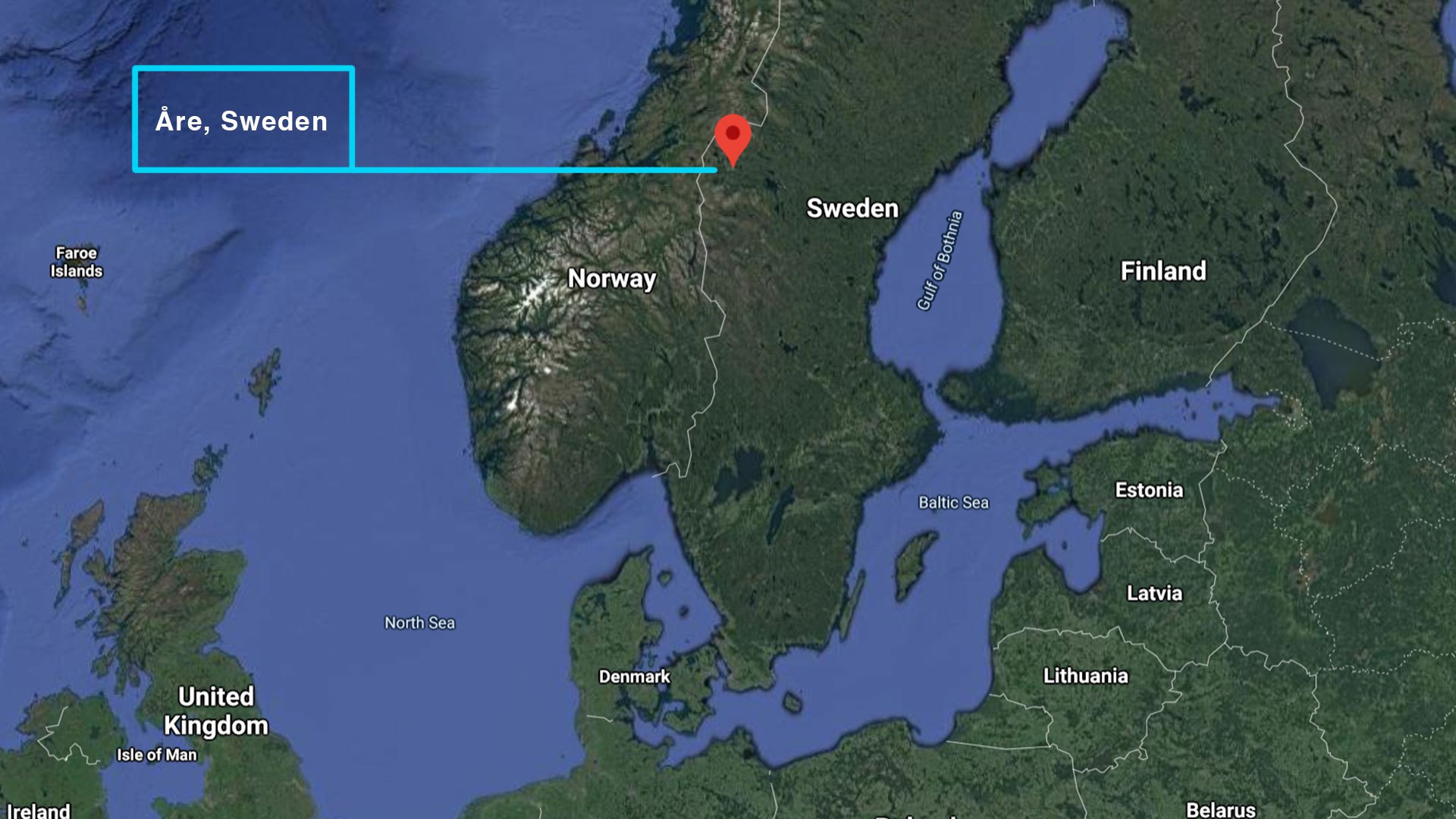 “I am pretty stoked that the ski areas in Sweden are staying open. When compared to the rest of the world where everything is locked up, I feel pretty lucky” stated Swedish pro rider and 2020 Winter X Games Aspen big air bronze medalist, Sven Thorgren. “The problem isn’t with people who are going to ride and ski, as the areas are closing lodges and limiting how close people can get, like only one person can ride in a gondola. It doesn’t seem like coronavirus is spreading here as quickly as it did in other areas, like Italy, for example. The issue there wasn’t people going to the hill to ride, but people going just to party and make out during apres.” Currently Sven is in Northern Sweden with his Scandalnavians film crew stacking street clips. According to Sven “We are being really careful and sanitizing our hands and keeping a safe distance from each other. It has been pretty productive.” And when asked about how crowded the slopes were these days, Sven remarked, “It’s pretty much as busy as it normally is. In general, everything in Sweden feels like normal, still.”

That being said, Sven can still rip at home:

Sweden, which has 121 resorts accounting for over two million annual visits, is an anomaly in the winter sports world in that it isn’t forcing the closure of its alpine institutions as a measure to “flatten the curve.” According to statistics released on March 26, 2020, Sweden, with its population of slightly more than ten million people, has had 2,806 reported cases. While the Public Health Agency of Sweden has issued some mandates, including the cancellation of any events involving more than 500 people, they have communicated that operating lifts and resorts is still permissible. This hands-off approach puts much of the granular response to coronavirus on the shoulders of the SLOA or Swedish Ski Area Industry Association and its individual members. To that end, certain guidelines have been enacted, including the cancellation of any apres, limited use of gondolas, lift line spacing, the permanent opening of ski lift shields, and diminished baselodge amenities. This, despite a national address made by the Prime Minister of Sweden, Stefan Lofven, on March 22nd where in stern language he stated, “The new coronavirus is testing our country, our society, and us as human beings. Each and every one needs to prepare mentally for what lies ahead. The infection is spreading in Sweden. Life, health, and jobs are threatened. More people will fall ill, more will have to bid a loved one their last farewell. The only way of handling this is to face the crisis as a society where everyone takes responsibility for themselves, for each other, and for our country.” Further remarks by Lofven included the above decree, banning gatherings of over 500 people.

Unlike most parts of North America, Scandinavia’s northern location affords its resorts the opportunity to stay open much later into spring and in some cases until early summer. In turn, Easter is a much more robust time to be on the slopes than it is here in The States. With Lofven’s remarks being somewhat rhetorical due to the lack of any hard closures, there are many in the remote alpine regions of Sweden who have practical concerns about what kind of impact an influx of weekend and holiday vacationers, some inevitably carrying the virus, could have on their scaled-down regional health services.

Hampus Mosesson is an absolute legend.

Hampus Mosesson, Robotfood alumnus, 2005 Air & Style Champion, and one-time SNOWBOARDER Rookie of the Year, currently lives in the Swedish resort town closest to Are, one of Sweden’s two largest ski areas, where he owns a shred shop named Inlandet with fellow retired pro rider, Jakob Wilhelmsson. The two are also working on launching their own board company called, Tur. With a reported 30,000 visitors trekking to Are last weekend, a town of only 2,800 full-time residents, Hampus was eager to relay to SNOWBOARDER his concerns regarding the coronavirus and the unique situation Swede’s like him are forced to manage. “I am a bit confused by everything” said Mosseson, who is now married with two sons. “To be honest, I think it is great for the local people. But they have advised that anyone in Sweden shouldn’t be traveling. So if they say they can run the resorts how can they expect it to only be locals? By being open they will still bring in tourists, which can cause real problems for the towns where we have ski resorts because the intensive care units in these places are super small. I live in the town closest to Are and we only have eight machines which can be used to treat people with the virus.”

As a small business owner Hampus realizes this is a complex issue. “The economic part of everything is hard to manage, as well. With our shop you have to be able to walk around and be with people who are touching stuff. It is definitely a hard time for all small businesses in Sweden. I don’t even know how many small businesses have declared bankruptcy here in the last two weeks.” And how is Inlandet coping, specifically? Hampus assured us that they are prepared for making their wares available via inlandet.se for pickup or delivery as well as having limited staff on site taking the necessary precautionary measures for employee and customer well-being. He added, “We are prepared as a business, but the question is, do people need what we are selling right now?”

As the state epidemiologist for the aforementioned Public Health Agency of Sweden, Anders Tegnell, a veteran of the World Health Organization, has taken the lead in how the country tackles the coronavirus pandemic. Many Swedish news outlets have speculated that Tengell is employing a controversial “herd immunity” strategy to combat coronavirus. For those unfamiliar with this train of thought, herd immunity involves a population combating an outbreak by allowing for transmission in hopes of biological immunity emerging in ever greater numbers within the populace. In other words this tactic is contrary to “flattening the curve.” Beyond the obvious strain this direction puts on health services the primary flaw with this approach is that it doesn’t protect those who are least equipped to survive a bout with coronavirus which includes the elderly and those with pre-existing conditions that affect respiratory and immunity functions. While Tendell has denied that he has been involved in implementing a herd immunity approach, he has also stated that it was “not contradictory” to their plans.

Specific to the current policy of keeping ski resort areas open, Anders was quoted by Sweden’s Dagens Nyheter news outlet saying, “We already know that there is a risk of infection there.” It is the latter circumstance that truly hits home for Mosseson. With noticeable concern Hampus explained, “Our oldest son is six-and-a-half years old and he has type 1 diabetes. So he really is a part of a high risk group. That is quite a big concern for us. What should we do? That is making our situation a whole lot worse and why I am concerned that a tourist might possibly take up one of the ICU units that we might need for our son.”

Regardless of whether Sweden’s approach ultimately proves to be immaterial as their dealings with the virus remains contained, or fool hearted in the face of a mounting public health crisis, it does combat the underlying issues of mental health and short term fiscal prudence in a way that more stringent quarantine measures put into question. As many of our readers are on lockdown or grappling with conflicting narratives from state to state and even within their respective national leadership, SNOWBOARDER urges our audience to not only take the necessary measures for their own well-being but also that of their neighbors during these turbulent times.

One more of Hampus just for fun: