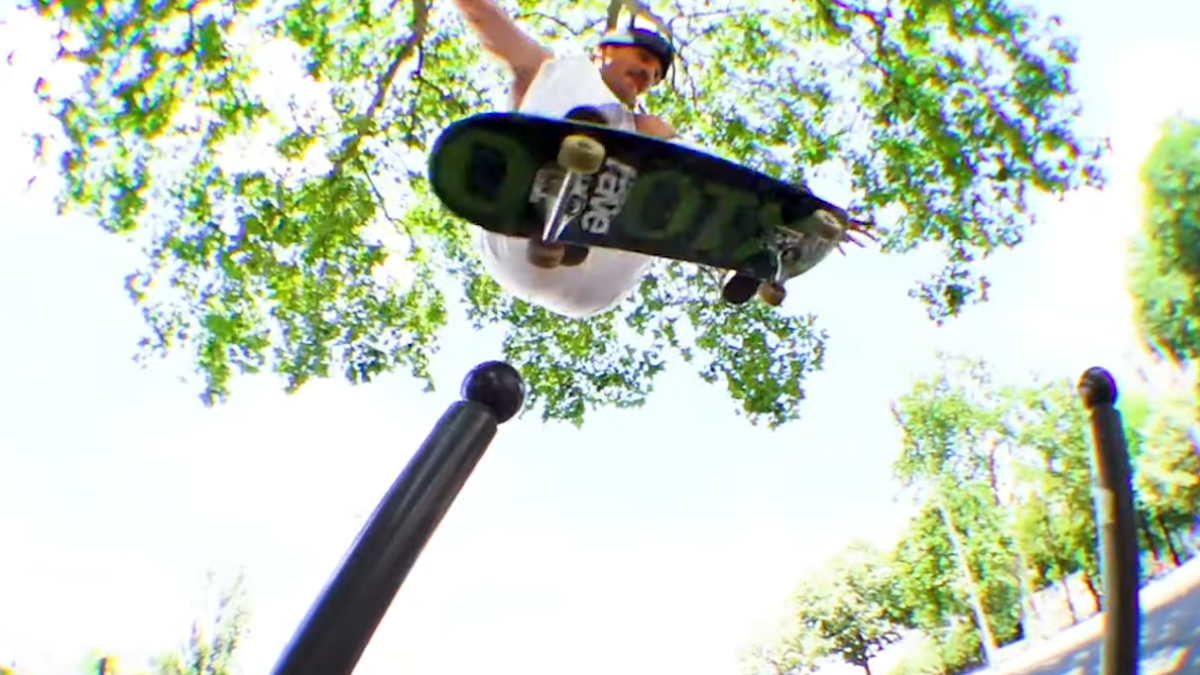 After Edouard Depaz’s part in Romain Batard’s Giddy #11, ‘The Long One’, his interview in the latest Vague Mag and facing a lengthy time out due to a life risking injury. Edouard Depaz is back at it releasing this part for RAVE Skateboards and Vague.

PJ Chapuis: “Mostly filmed in the last 6 months, between Marseille, Bordeaux & Paris, Edouard’s part was edited as multiple short stories reflecting bits of what we came through with when were out in the streets, either skating or filming.”

Edited and mainly filmed by PJ Chapuis, you can find some additional footage from homies Romain Batard, Jimmy Cholley, Andrea Dupre, Thomas Vigoureux and Pierre Patissou.
Artwork courtesy of Edouard himself, support his belter work on @delapaix__ for any tattoos inquiries!