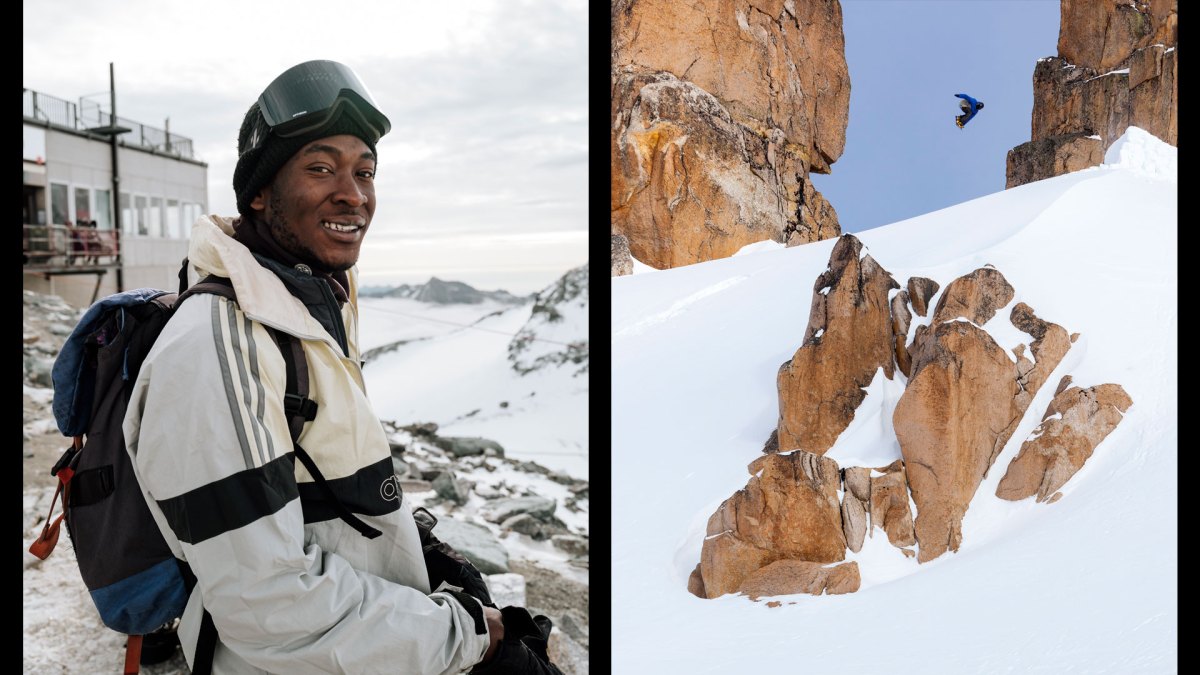 Born in Kampala, Uganda, Brolin Mawejje gained the attention of action sports at large with the 2017 release of Far From Home, a documentary that paints a vivid picture of Brolin’s past and present trials and tribulations in representing an African nation in the Winter Olympics. From double corks to studying to be a doctor, Brolin’s story is nothing short of inspiring for anyone who rides.
_____

My participation in this sport wasn’t exactly a match. Soccer, track, and boxing are intertwined into Africa’s daily life, but skateboarding captured my attention after seeing it on TV in Disney movies like Brink—what I thought then was American culture. I started to wonder if I’d ever be able to try it myself, knowing that it would be unlikely considering where I was from.

I was reunited with my mother and sisters in the States in 2005, and received a hand-me-down skateboard on my first birthday here. Something I only dreamt of in Uganda was now a reality, a key to the culture I admired, and full of possibility. It gave me an activity after school and the community I thought I lost after moving from Kampala started to replicate itself in newfound friendships. Thankfully, the board seamlessly transitioned from summer to winter, and when I joined an after-school program that took at-risk youth to Nashoba Valley in Massachusetts, riding that board on snow became heaven to me.

My life in Boston was unstable; a strained relationship with my mother led to leaving home and ill health in the family that took me in created a more uncertain atmosphere. I relied on skateboarding and snowboarding to embody the family and stability I didn’t have. They became my safe space to comfort the anxieties of my unknown future and my pathway to relation-ships, friends, and inclusivity that have led to many blessings.

Good people and a lot of luck have guided me on my path. A family that would later take me in as one of their own, introduced me to the US Open and a meet-and-greet with riders like Keir Dillon, Pat Moore, Danny Kass, and Jake Burton, who became heroes. A move to Jackson, Wyoming, led me to once again lean on boardsports to establish connections and ﬁnd my place. Local teams introduced a heightened level of snowboarding and uncovered an unmatched culture of camaraderie and support—a family. Travis Rice, John Rod, Mark Carter, Bryan Iguchi, Blake Paul, and Cam Fitz became the riders to emulate, mentors in navigating the terrain of the Tetons, and the best people to catch at the mountain.

Over the years, snowboarding and my identity have fused and provided me opportunities around the world. The community I desired as a young boy in Kampala, Uganda, and placed faith in during life’s toughest stages has continuously welcomed me for what I was: just another rider. That’s the magic.

When I pull up to the mountain, whether Brighton, Jackson, Hood, or Keystone, I am a snowboarder, welcomed by others after the same stoke. I recognize that differences exist between myself and nearly everyone there—my race and culture being most prominent—and though not always easily accepted in affluent mountain towns, while strapped in, we are one and the same. The sport and the unique community behind me have given me the freedom to explore my identity beyond being the African kid, and have privileged me and supported me with opportunities to display my immigrant background and inspire others. I have been blessed to learn the skills to the degree I have, and continuously look up to the incredible talents around me, but also see my participation as opening a door for another at-risk youth, migrant, or child of a snowless nation. If someone told that young Ugandan boy wishing for a skateboard that it would change his life when it touched snow, he’d think it was a dream—and every day on that board is, so let’s share it.