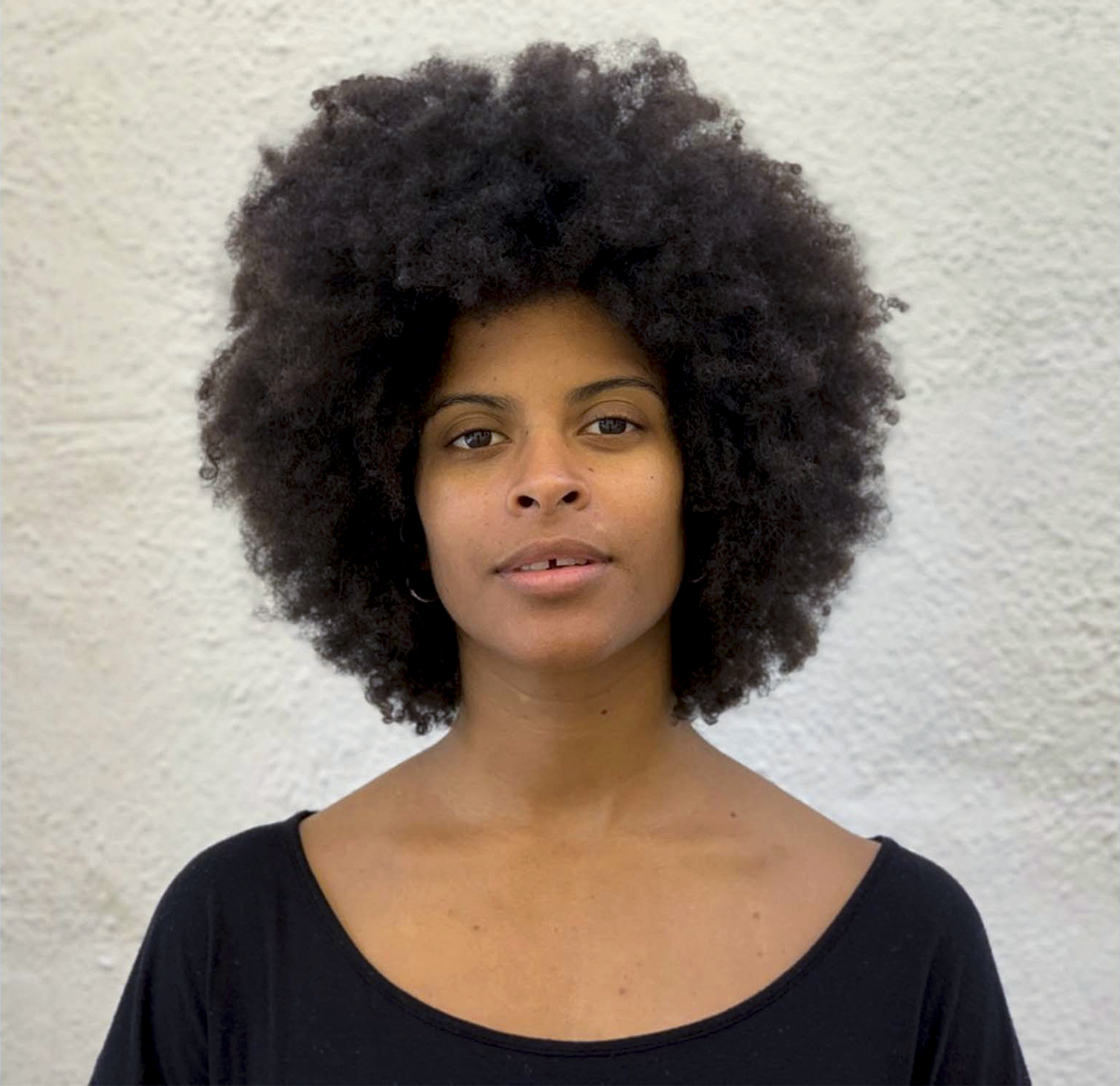 Gabby Maiden is the ﬁrst Black female professional snowboarder. The SoCal native gained acclaim in the mid-2000s for her rail riding talent and was a regular in Peep Show videos, putting together a memorable part in 2011’s Winter Wars. Her unmistakable style, both on and off the board, injected creativity into wherever she was riding—and continues to do so whenever she straps in at Bear Mountain near her home base in Los Angeles. Possessing endless artistry off the slopes, as well, Gabby is a talented actress and musician, and can be seen in shows like Netflix’s Stranger Things 2 and Showtime’s SMILF.

As quarantine started and has progressed, I’ve been doing a lot of meditating and inward thinking, checking in with myself and asking hard-hitting questions regarding how I feel about the current climate involving increasing social injustices, politics, and the conversation of harsh realities about systemic racism. There are many people who have been victimized by it or are unaware that they were even causing it. I, myself, have been victimized by it, as I reminisce on my own snowboarding career. Snowboarding is a white-male-dominated industry and I’ve repressed a lot of my insecurities and discomfort that accumulated over the years. It hasn’t been easy to share my true feelings about this subject. It’s difficult to unpack. I had such wonderful personal experiences during my snowboarding career, but as they were mixed with larger systemic racial issues, it’s been very hard for me to put things into words.

I broke my thoughts down into two main questions that fueled my anxiety when I entered the industry. These are subconscious questions I would ask myself throughout the years. I kept these queries hidden deep inside, because I didn’t want people to see me at my most vulnerable.

Question 1: How did you really feel when you were named the ﬁrst African American woman professional snowboarder?

I felt inadequate. I was 19 or 20 and still very shy at the time. I would turtle in my shell once I received any major attention. Sticking out of the crowd as the only Black woman on the hill, while having to make sure to be accepted in this white-male-dominated sport simultaneously, was a lot to process. I wouldn’t have survived being in the snow world if I hadn’t gotten over my shyness. I had to put myself out there and just go for it. It was a bit nerve-racking, but also the most gratifying time of my life. I just wished the snowboard industry had more of a desire to spotlight the fact that I was the ﬁrst African American woman professional snowboarder. Helped me celebrate and embrace it. If me being the ﬁrst was mentioned in conversation, the energy was silent. Like it wasn’t a big deal. It made me feel uncomfortable and confused. So, I repressed any feelings of excitement or even acknowledging the fact that I was the ﬁrst, as much as possible. For years, this would slowly dim a part of my light inside. It made me feel bad for being named something so profound. Thankfully, my mother reminded me every day of the importance of me being the ﬁrst, even though I would get uncomfortable when she would talk about it so positively. I wasn’t able to believe in myself within those surroundings yet. My mom, no matter what, reminded me of my power and tried to keep my spirit lifted. If she hadn’t done that going forward, I think that positive light inside of me would have dimmed out completely.

Question 2: How did you feel about being objectiﬁed as a model more than featured as a snowboarder during your career?

I felt underutilized. I entered the snowboarding world wanting to be a snowboarder like every-body else. I was being seen in countless ads in snowboarding and fashion magazines all over the world throughout the years, representing my sponsors as a model/personality and not much as a rider. I truly appreciate all of the amazing places I got to travel, and the opportunity to represent those companies, but I didn’t sign up to be just a face. Over time, I became hurt and frustrated. I didn’t understand why I never had an opportunity to shoot a legit action shot for my sponsors to advertise in magazines. Being seen mostly as a model progressively hurt my spirit. That’s why my Winter Wars video part was so important to me. Up until that point in 2011, I didn’t feel like the snowboard industry had taken me seriously as a snowboarder. Sometimes I still don’t. Since I was ﬁnally getting the opportunity to have my own video part (not just shared), I was ecstatic. I was asked to make an original song for the video. I wrote, sang, and played ukulele, and called it, “Long Way to Go”. It also featured my awesomely talented dad on fun, random instruments. It wound up being my official video part song. A dream within itself, for me.

When everyone was giving me props and praises for my part, it was an emotional realization because at that moment, I ﬁnally felt seen by my snowboarding peers. It took years for it to happen, but better late than never. It was a beautiful feeling that I will never forget. I held that empowering moment in my heart, but felt that it was time to transition out of the snow world and stretch myself more creatively. Since then, I have graciously been applying my incredible adventures and life lessons that I learned throughout my snowboarding career onto my very ﬁrst love of acting, again.

Reﬂections.
Nature captured my heart. The mountains are my home. It’s a place where I feel my biggest strength, where I can breathe with-out any judgment. It’s a place where I can let my ‘fro out and embrace my creativity to the fullest. When I first strapped in on a snowboard, I felt truly in my power. I knew I found my instrument, just like I did when I found my love of acting as a child and my ukulele a few years after that. Sometimes you just know. It becomes electric. My energy has always been grounded to the earth and my spirit flowing like the wind.
I can’t help but smile on the mountain, all day, every day. Snowboarding is my therapy. It’s my love. It’s my heart. Every mountain view takes my breath away. I instantly feel at peace and no one can ever take that away from me, even if I’m feeling at my lowest. Taking a few park laps, traversing to an untracked run on a beautiful powder day, or fiercely hiking a rail wanting to land that one trick just right, would always warm my soul. Snowboarding is an independent sport, though we get the added bonus of frolicking around with some of the most interesting, adventurous, and most bonded friends that you’ll ever have the pleasure to know. Snowboarding is my special getaway. I’m a spirit of love and positive energy and the culture within snowboarding is built on exactly that. The mountains are my canvas and my board is my brush. I can create what-ever I want, anywhere I want. I’ve traveled the world, where I made friends that I will cherish forever. I’ve had travel experiences and random encounters that I think about fondly and constantly. A lot of these things have shaped me to be who I am today. No amount of negativity can ever take my love of snowboarding away, because snowboarding is freedom to me. Free to self-express and free to live however you want to live.

I am the first African American woman professional snowboarder, though I won’t be the last. My hope is that the next generation of Black women entering the snow world is treated more like comrades as opposed to being exoticized. I hope the snow industry will help elevate them, truly support them and make them feel like they’re part of that world wholeheartedly. I will continue to ride and shine the light of positivity through endless creative possibilities, whether it’s on the mountains, musically, or through ﬁlm and television. We as humans must embrace our creativity while we thrive on this looney and gorgeous planet. Keep living in the now. This is a time for massive change and openness to personal and collective growth. I’m very thankful to be part of it. I hope we can keep the momentum going.