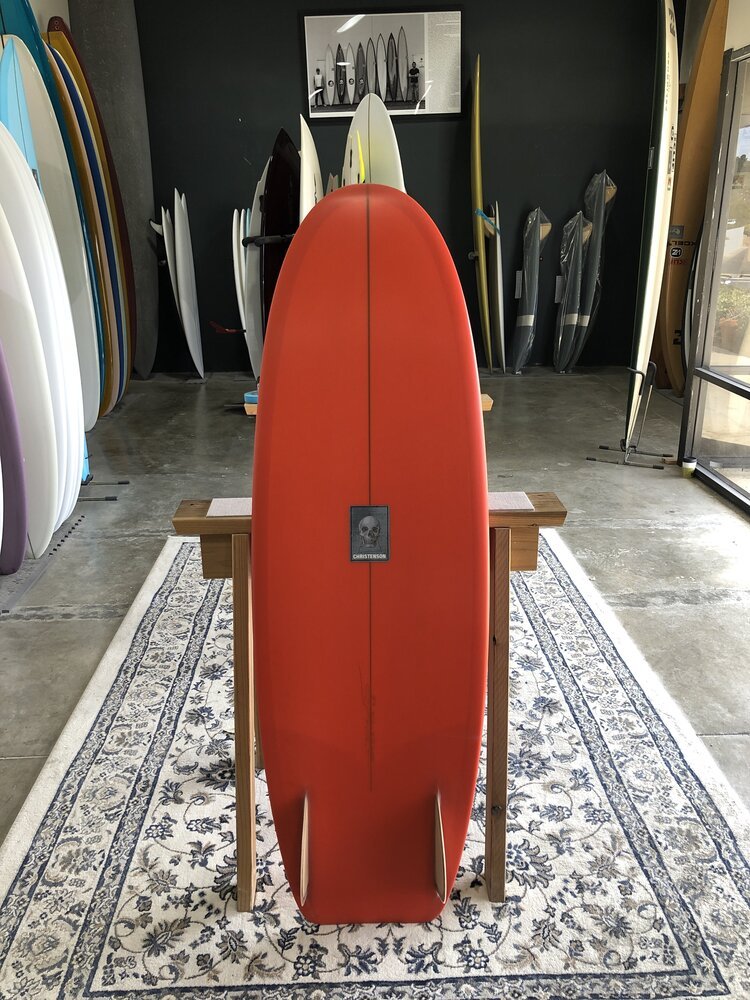 In all seriousness, while summer has never been the most exciting season for Californians surf-wise, it’s always been a great time for experimentation. In expanding the old quiver, we can unlock new sensations in the surf and turn even the most listless conditions into some kind of aquatic thrill. Below, you’ll find the summer craft that the SURFER staff is most excited by, and feel free to throw your own suggestions for doldrum-busting boards in the comment section at the bottom.

The fact that Christenson donated a bunch of N95 masks to healthcare workers early on in the COVID crisis would be reason enough to support his surfboard business, so the fact that he’s also known as one of San Diego’s most talented board builders – perhaps especially when it comes to craft meant for milking small, gutless waves for all they’re worth – is just a really fantastic bonus. Christenson’s stubby “Ocean Racer” came on my radar after watching Gulf Coast micro-wave-master Sterling Spencer go to town on some tiny peaks (click here for his breakdown of the board). Flat and wide enough to maximize speed in the small stuff, short enough to be able to push through turns, this thing has summer written all over it. The Dalai Lama once said, “Why work hard for fun when you can pick a board that brings the fun to you?” He was talking about the “Ocean Racer”. — Todd Prodanovich, Ed-in-Chief 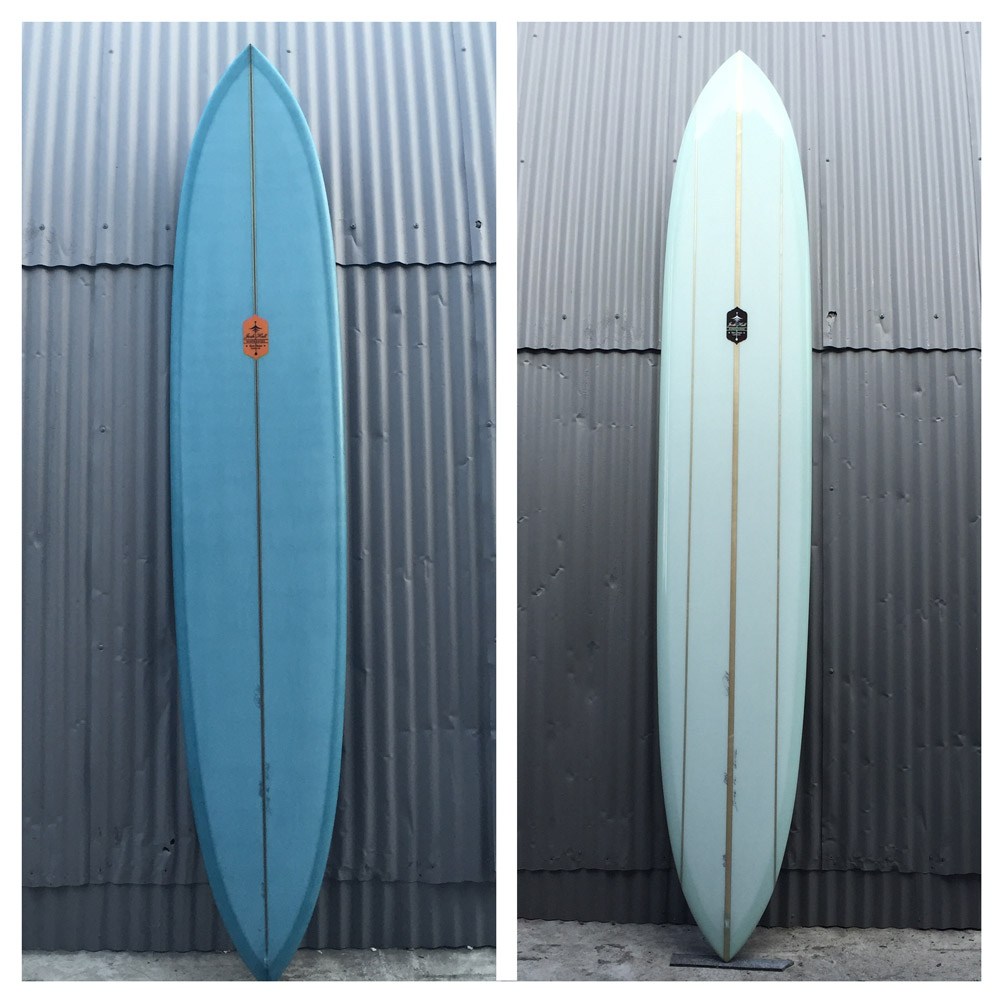 One Summer Story: It was a solid 6 to 12 inches and the temperature was in the high 90s. The only respite from the heat was a surf. As I paddled out on a “groveler” — one that would still require a lot of Huntington hopping to actually surf the double over-anklers — I saw something awesome happen. From way outside, a surfer stroked into a glassy ripple, stood up, cut right, then faded back to the left before the wave even broke. As the minuscule wave peeled, the surfer went parallel stance right in the pocket and began to accelerate like a Cigarette boat. He crouched down and put one hand in the lip and the other in the water by his outside rail. Spray shot into the air from his hands as he tried to bleed off speed whilst staying in the tiny pocket. Effortless speed and glide, it was the most dramatic way I’ve ever seen a 1-foot wave surfed. As the surfer paddled past me on his way back out, I asked what the hell he was riding. “This is an 11-foot glider,” he said. And I’ve wanted one for the dog days ever since. — Ben Waldron, Social Media Editor

I watched Noel Salas ride this with the keel-quad setup and he makes a very strong argument for why this might be the best small-wave board on the market. Plus the board looks so lively. Summertime for this goofyfoot means lots of lefts, so the whole backside quad dilemma goes out the window for me. I actually don’t go backside anymore, anyways. Gimmie, gimmie! — Peter Taras, Digital Director 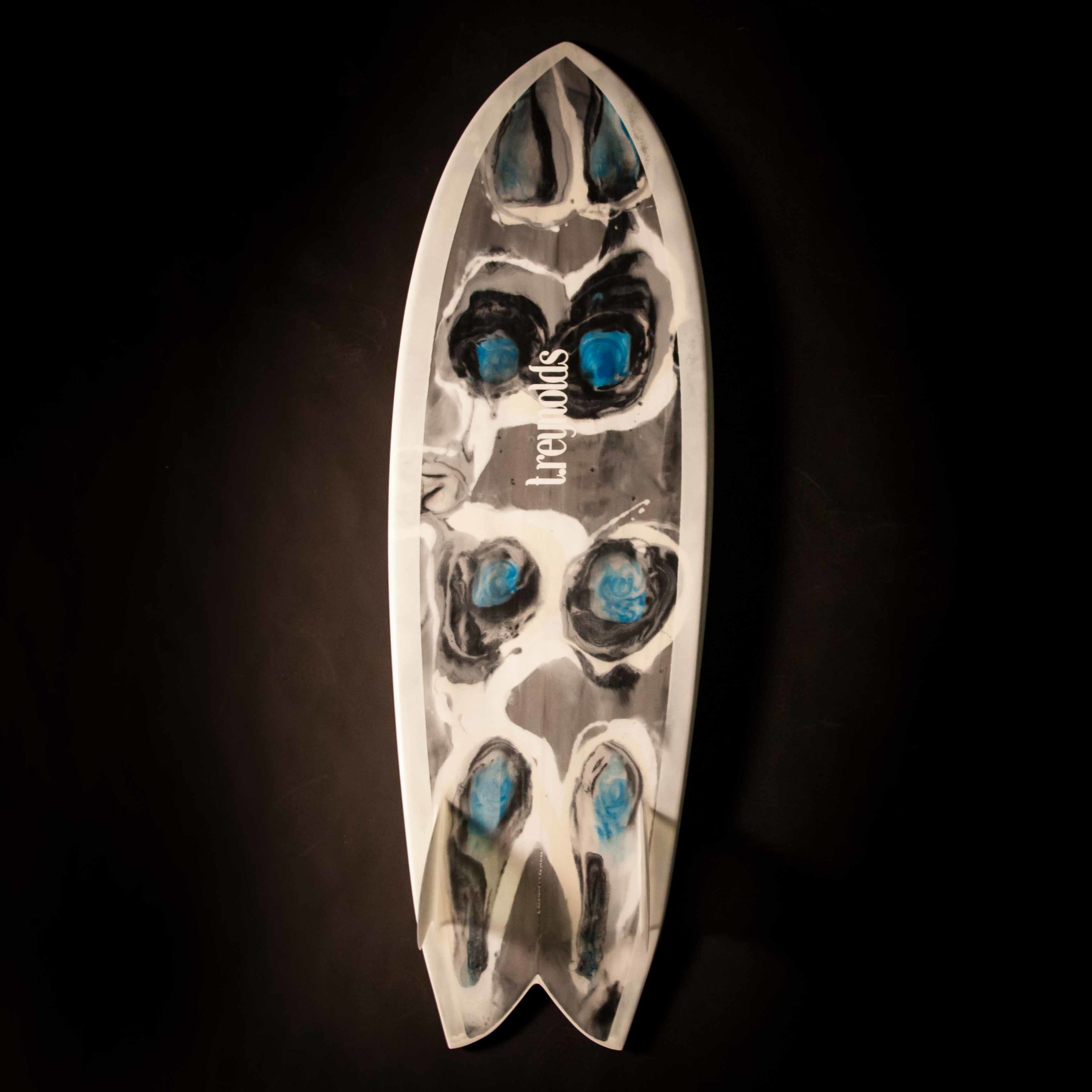 I don’t have my eye on any new boards for summer, because I already have this one, which is as good as summer boards get. I’d heard of Travis Reynolds before, but a few years ago when I got a chance to shoot a video of him actually making a board — and he does the whole process himself, from shaping to glassing to artwork — I knew I had to order one. He’s a master craftsman, and his “Sweetish Fish” is that perfect balance of fast, fishy craft that actually still turns really well and doesn’t just wanna go straight. When I ordered the board, I asked him to do the resin art to look like my dog and sent him 50 or so photos of her. I think he was rattled by that, but he did the board anyway and it came out incredible. I love this board. Surfing should be fun, and this is a fun surfboard. — Alex Kilauano, Video Director 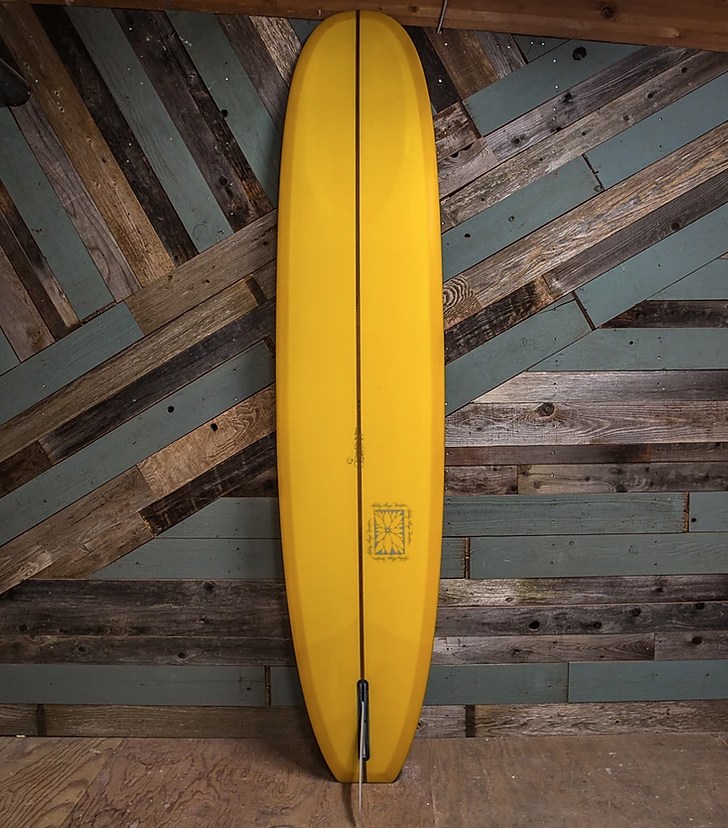 Almost a year ago, I spent a few days hanging out and surfing with a stylish crew of teenage loggers who run the Queens lineup on the South Shore of Oahu. As they surfed stylish and effortless circles around me, I vowed then and there to purchase a well-crafted noserider when I returned home from Waikiki and to spend more time studying the classic style of longboarding. I failed to do either of those, slipping back to my shortboarding ways, but I am now once again on a mission to buy a hand-shaped log from a talented craftsperson — like the one above from shaper Ashley Lloyd Thompson. Lloyd Thompson is a talented logger herself and has spent the last 15+ years mowing down foam out of her Santa Cruz shaping bay, churning out customs for surfers all over California. Plus, she’s big on experimenting with environmentally friendly alternatives to traditional poly resin (read here about her use of “flax cloth”). The “Tip Timer” (the beautiful wall-hanger you see above) boasts a wide nose, 50/50 rails, a square tail and a heavy nose concave — all the right design elements for those looking to perfect their noseriding game this summer. — Ashtyn Douglas-Rosa, Executive Editor