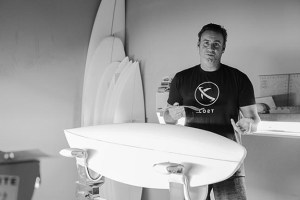 Duke Kahanamoku’s dream of surfing in the Olympics came to life with the inclusion of surfing in the Tokyo summer Olympics and with that 40 of the best surfers from around the world started to gear up themselves and their equipment.

Freesurf gets straight to the heart of this subject and talks story with two of the best board makers on the planet, Timmy Patterson owner shaper @TPattersonsurfboards and Matt Biolos owner shaper @lostsurboards by Mayhem. Both of these men had equipment under the feet of Gold Medal athletes Italo Ferreira and Carissa Moore respectively.

FSM: Aloha Matt, congratulations. How does it feel to be hold medalist shaper?
MB: It feels great! I can’t really explain it but Carissa did all the work!

FSM: What do you think about surfing in the Olympics?
MB. It’s positive, I like it. I can’t wait for the next Olympic games which (the surfing) will be in Tahiti 2024. That should really showcase surfing.

FSM: How did you prepare going into the Olympics?
MB: I’ve surfed there before at Chiba beach, so I’m familiar with the break. I also watched the surf cam consistently for about month. We knew it might be small, so I started building boards for small conditions.

FSM: What preparations and words for Carissa?
MB: I just kept pushing her to train in small conditions and practice on her equipment. Carissa is so focused she’s a fierce competitive surfer.

FSM: Let’s talk about her boards.
MB: She been training on our new Light Speed technology 2.0
She was riding a 5’8 epoxy sub driver for her training in the wave park and her first rounds of the games. It was built for small waves, a little wider and thicker in all the right places and a little more volume to help in small conditions. She looked great on it! The conditions changed dramatically for the final. A typhoon (swell) came in. Carissa took out her 5’10 EPS Step Driver. It’s your everyday board. It had her new aloha print. She told me in the final there was so much water she felt like she was gonna drown.

FSM: Did you see this coming?
MB: In a way yes. All the calls were made and we got to work. It was on!!! Carissa was focused and knew exactly what she wanted. Respectively the two, #1’s came out on top – Carissa Moore (USA) and Italo Ferreira (BRA).

FSM: Now that the sport has hit the mainstream, what does this mean for surfing?
MB: It’s bitchin! It’s super positive for surfers and competitors. More surfboards, more surfers, more wave pools. Wave pools are a great training facility!

FSM: What’s does this mean for lost and Mayhem.
MB: Just another feather in our cap! Moving forward, building and shaping boards for surfers and competitors.

After 5 decades with a planer in hand, Timmy Patterson is still captivated with the art of making surfboards. No matter the skill level of the athlete or customer, Timmy just wants to make the best board out there.

FSM: How long have you been surfing and shaping
TP: I’ve been surfing for about 53yrs and I’ve been making boards for about 30yrs.
I grew up surfing Pochi Reef since I was 5 years old. All there was to do growing up was surf, skate and bike. I grew up w some the some of the best innovators of the time.

FSM: Who where you biggest influences?
TP: Buttons was a huge influence, he had it all, but I was surrounded by the Hobie brothers. Henry Ford, the Fletchers, Terry Martin and the Smith twins. The 80’s were a huge change. Christian Fletcher brought about a different style and approach to surfing, a non-conventional way. All we wanted to do was skate on water and we became mad scientists, chopping and building new board concepts. I could make a board in 24 hours from start to finish and have feedback the same day. I made Christian a board called the 94′ flying saucer. The thing was awesome!

FSM: How long have you been working with Italo?
TP: Someone told me ‘You have to check out this happy go lucky kid,’ and that humble kid was Italo. When Italo came aboard it just clicked. Italo is like a kid in a candy factory when it comes to boards We are constantly communicating on equipment and feedback. I’ve been working with Italo for about 13years.

FSM: How many boards did he take w him to the Olympics.
TP: I think 10. The funny thing is I could make him 100 boards and he will still go the rack and pull one down and win! He surfs every heat like a final!

FSM: Let’s talk about the boards he used in the final and the Billabong logo?
TP: The boards he used where his signature model the Stoke-ed. He broke his board on the very first wave of the finals, came down with the close out and snapped his board in half. So he went to the black back up board, which was co-produced, @tpattersonsurfboards_brazil, operated by the two brothers, Tiko and Teco. Big up to those guys! The TPatterson logo and the Billabong logo was a co – branding thing we had been working on for Italo’s signature model, the Stoke- Ed. It started back in 2019, before the Olympics, as the games got closer, we did our research, read all the rules, submitted our paperwork for review and it passed.

FSM: How do you feel about surfing in the Olympics?
TP: I had my doubts and what not, but after seeing the event take place in natural conditions it was cool to watch. The playing field was pretty even with the conditions of the surf. The elements of surfing and mother nature where in full form. I enjoyed it.

FSM: How did you prepare going into the Olympics.
TP. Well we made a lot of boards and what Italo rides is amazing. He can ride anything and make it look good. He’s been riding a board called the synthetic 84′ model. The thing is, he’s riding over 50 yrs of innovation. It’s cool because Italo surfs the way I shape- no boundaries.
It’s been a lot of trial and error, not just w Italo but w other test pilots as well, Pat O’Connell, Christian Fletcher, Mike Parsons, Matt Archibald, the progression of surfing is here. People just want to ride what the pros ride.

FSM: Did you see this coming?
TP: Yeah, I could see it with Italo. He’s such an amazing person in and out of the water. The humble surfer and happy go lucky. He trains hard. He puts the time in. He’s fearless and he surfs heats like it’s his last. He’s just enjoying life and where he’s at in his career. He can manifest his win from start to finish. Italo rode the first wave in the Olympics and went on to win gold. World No.1 is on top for a reason.

FSM: What does this mean for the Timmy Patterson team?
TP: I just keep doing my thing, keep shaping, re-innovating. Keep building boards for surfers and competitors. I just want say thank you to the entire Timmy Patterson team, big ups to Scott Metzger (GM) always taking care of things! Thank you