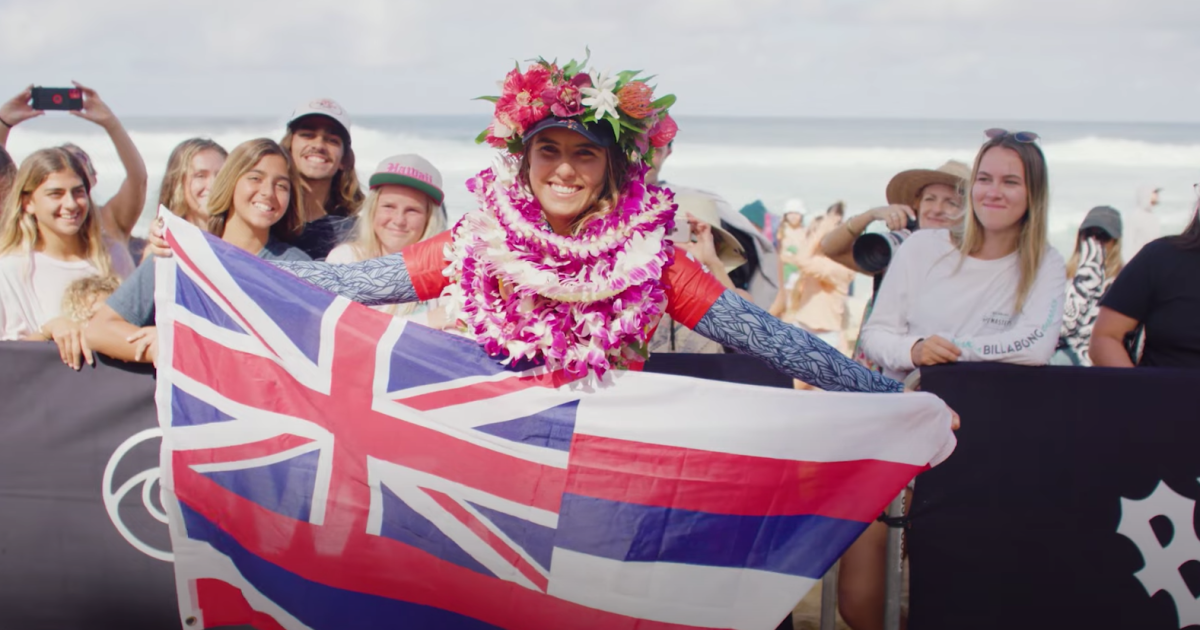 The start of the 2023 ‘CT season is just around the corner, with the window of Billabong Pipe Pro opening January 29th. It’s a big year for 2024 Olympic hopefuls, marking the start of the qualification process (for ‘CTers) for the Paris Olympic Games.

Yesterday French powerhouse Johanne Defay–who finished third last year–announced she would be withdrawing from the first two events of the Hawaiian leg due to fracturing her foot during training while at home in France. She’ll be spending the next five weeks rehabing so she can tackle to rest of the year with full strength. Portuguese ripper and 2020 Olympian Teresa Bonvalot will be taing Defay’s place in the first two events.

Moana Jones Wong was appropriately given the wildcard slot–a move that makes total sense considering she won the whole shebang as a wildcard in 2022 (and has been bagging waves of the day at Pipe recently). All eyes will be on the Hawaiian tube-fiend to claim the title once more.

On the men’s side of the draw, fan fave Imaikalani deVault and standout Pipe secialist (and past trials winner) Josh Moniz got the call-up to fill in the last two open spots of the event. With lots of activity on the North Shore over the past few weeks, here’s to hoping we’ll see more all-time waves during the contest window. Continue on to get a glimpse at the Round 1 match-ups.