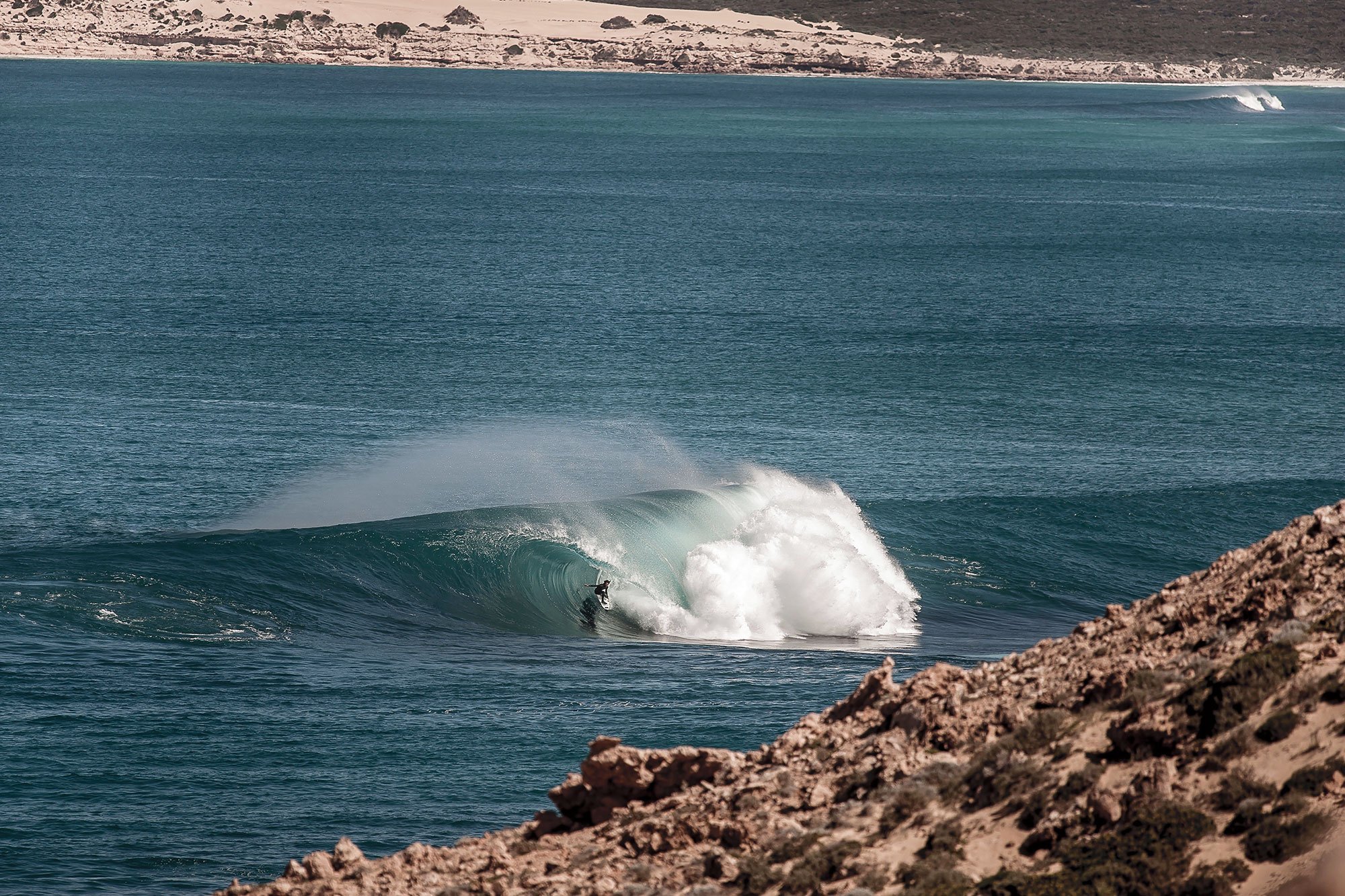 Craig Anderson, taking a break from blowing up the comment section on Equinor’s Instagram page to pack this evil-looking thing.

Regarded as the most underground and localized surfing coast in the country, the Bight has long been off-limits to surf photographers. This unspoken agreement dates back to the ‘70s when Cactus became a sanctuary for surfers fleeing life in the east. They lived in corrugated iron shacks in the dunes, smoked high-grade bush weed and took their chances with the great whites. The solitude and the freedom were exquisite, but the one rule they had was that you couldn’t shoot it. That rule still applies today to Cactus and a whole bunch of other trophy waves down in the Bight. Pull a camera out at the wrong spot and you’re likely to have it smashed in the dirt.

One guy, however, has been given license to show the Bight to the world, and his photography was key to saving the place. People needed to see what they were fighting for. Hayden Richards — “Richo” to the crew down in the Bight, “SA Rips” (his Instagram handle) to everyone else—took up surf photography after a surfing accident where he was stuffed into an underwater cave at Blacks, outside of Elliston where he lives. He survived the three-wave hold down but badly buckled his arm. He considered himself lucky. Blacks had been the scene of a fatal shark attack a few years before. A big white took a local surfer right under the cliffs. Local lore says it roared like a lion when it breached.

The coastline Richo has brought to life doesn’t look like anywhere else on earth. It’s where the dusty brown billiard table of the Australian continent falls abruptly into the Southern Ocean, and the cliffs that overlook the Bight have an almost gothic feel. The landscape is dry and sparse. The color has been leached out of it over millions of years. By contrast, the ocean seems like Xanadu. The water is an electric cobalt and teems with marine life. There are whales, seals, sharks…the only thing missing from most of Richo’s shots are people. He shoots them if they’re around, but most of the time they’re not. When they appear in his photos they feel like they’ve wandered into frame by accident. Richo’s shots walk a fine line: They showcase one of the world’s most breathtaking coastlines, but at the same time carry a faintly sinister, unwelcoming feel to them. Like, where is everyone? You can almost imagine crew from over east looking at them and thinking, “Man, that’s so beautiful. I’ll paddle out to save it, but I’m not driving 2 days to surf it.”