How Billy Kemper Recovered From His Injury in Morocco 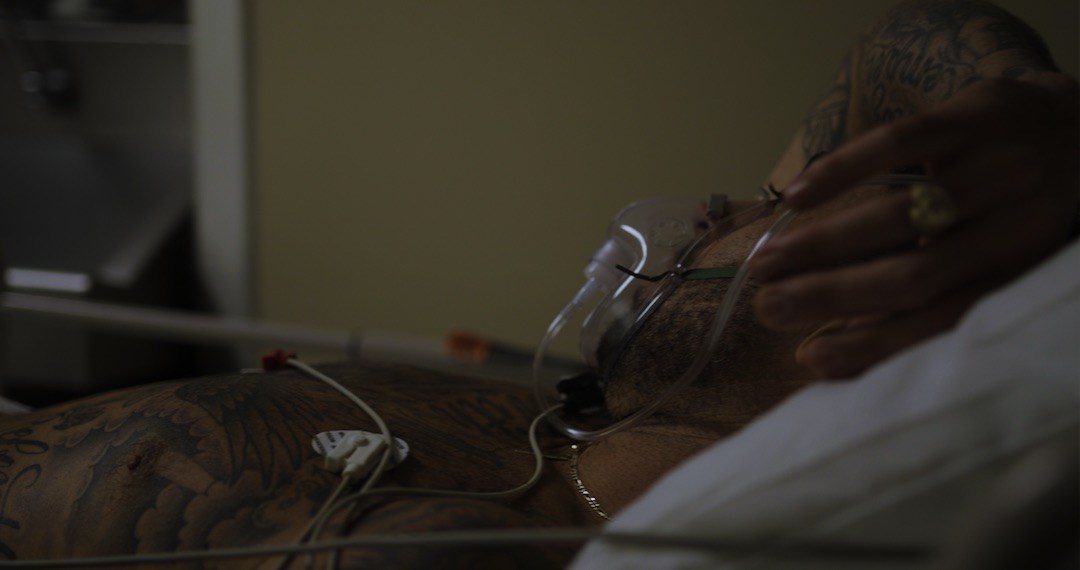 Let’s go down the list of what was bothering Billy Kemper:

One year ago, at the peak of his career with a wife and four children, 30-year-old Billy Kemper found himself broken—and not in the emotional sense. The middle of his body was literally cracked in half. And yet, by early December 2020, Kemper was back out at Jaws in Maui, the ultimate big-wave venue.

Had he allowed himself to break emotionally, he would have never even made it back home.

Riding on his fourth Jaws Big Wave Championship title, earned while simultaneously surfing among the world’s best at the Pipeline Masters and a win at the Sunset Open in early 2020, Kemper got on a plane and headed to Morocco for a massive series of Atlantic swells.

It was there that a nasty imploding barrel cracked Kemper like an egg on the shallow bottom, delivering the aforementioned grocery list of injuries.

Recently, the World Surf League released the first episodes of a six-part docu-series directed by Layne Stratton on one of the greatest recoveries in sports history.

The first several episodes introduce Kemper, his family, and his rise to being arguably the greatest big-wave surfer in the world. It runs through the strike mission to Morocco where he, Luke Davis, and Koa Smith score back-to-back swells of massive right tubes until Kemper goes over the handlebars in a heavy barrel and straight into a rock. They get him to a hospital, where he fights for life and eventually boards a medical flight out of Morocco. Then comes the drama of the WSL trying to get him back into the states as the COVID-19 pandemic shuts down the world.

There were weeks of pelvis surgery, pain management, basic physical therapy, hamstring grafts, knee surgeries, and four different stem-cell transplants. He went from not being able to lift his leg an inch off the bed to six months of the most grueling work to rebuild his warrior physique.

“This was so far above anything I’ve ever done,” Kemper explains. “My quad, my hamstring, my calf, my glute, I had to rebuild them all from the bottom up.”

Rehabilitation in the Golden State

Kemper credits his rehabilitation to XPT Training, a philosophy that combines breath, movement, and recovery designed to enhance performance through exposure to natural elements, the program developed by big-wave pioneer Laird Hamilton and his wife, professional volleyball player Gabby Reece. Kemper has actually been an elite certified XPT trainer since 2019.

He remained in California, away from his family. The beginning stages were simply learning how to walk again.

He would start his days in Venice with strength and conditioning at 6:30 a.m. From there it was up to Hamilton’s house for the water training. Then he headed to Kobe Bryant’s Mamba Sports Academy in Thousand Oaks for physical therapy. Each afternoon it was down to Costa Mesa for tissue and fascia work. He would finish up by getting back to Venice around 6 p.m., 250 miles roundtrip.

“Laird and Gabby were a huge part of this thing.” Kemper says. “They brought CrossFit underwater. They’ve created workouts in an environment that’s relatable to what I do. And they’ve implemented recovery as the number one tool to performing at your highest level. I am the proof of that.”

Surfing has changed over the decades

Professional surfing through the ’70s, ’80s, and ’90s was far more about keg stands than shoulder stands. There were different periods when tour surfers or big-wave chargers would dive into fitness routines. However, it wasn’t until the mid-2000s that it became more about athletics than all-nighters and it timed well with the dawn of Kemper’s career. Certainly, he took notice of Hamilton (now 57) and his approach from a young age.

“Laird was interested in taking care of your body long before any other surfer,” he explains. He took his interest in breath work and oxygenating your blood cells and spun it into a performance program with techniques to recover better and faster. He’s combined it with his fitness knowledge for really preparing yourself.”

Kemper had a long history of engaging in strength and conditioning, CrossFit, boxing, foundation workouts, and gymnastics.

“There are so many things I’ve done to prepare for my winter seasons, but XPT has been by far the most beneficial,” Kemper says. “That’s what separated this from other recoveries. Just learning to walk again in water, especially for someone like myself. I have to be in the ocean. But when you can’t surf for months at a time, being in the water is the next best thing. It fueled me on the mental side. Laird sees that. The mental healing is just as important as the physical.”

Building strength in the water

Kemper started by merely walking in the pool and then treading water. He rebuilt his thrashed lung with breath holds and he gradually saw progress.

Eventually, he was joining Hamilton in ludicrous behavior like putting the squat rack underwater for workouts and doing 60-second sprints on an assault bike in an over 200-degree sauna. They were doing cleans and jerks with 80-pound dumbbells at the bottom of a 12-foot deep pool.

“The training escalated,” laughs Kemper. “The timing was great. We were in Malibu for the summer. The water was our gym. With the pandemic, what was there to focus on besides getting in the best shape of your life?”

Getting back to the waves

His first surf session was at the Surf Ranch, which the WSL had purchased from Kelly Slater’s holding group. In a controlled environment, he was able to concentrate on the mechanics of surfing rather than the crowds, wind, and the other variables the ocean is known for. It gave Kemper good confidence to get back into the ocean: “I feel like I rebuilt my body the way I wish I had built it 10 years ago.”

Doctors, trainers, therapists and his local coach, Kahea Hart, were all supportive when he got back to Hawaii and paddled out. And when the monster blobs started spiking the buoy readings, he was ready.

“I wasn’t able to fully come through until I returned to what made me who I am, and that’s surfing big waves,” he says. “There were so many boxes to check off and I felt like the last thing to check off was a big box that said, ‘Jaws.’ Could my body handle this mentally and physically?

“That day…that first wave was it. I’m very grateful for all these opportunities.”

[This article originally appeared on mensjournal.com and was republished with permission. To read more, click here].