In The Shaping Bay: Jon Pyzel 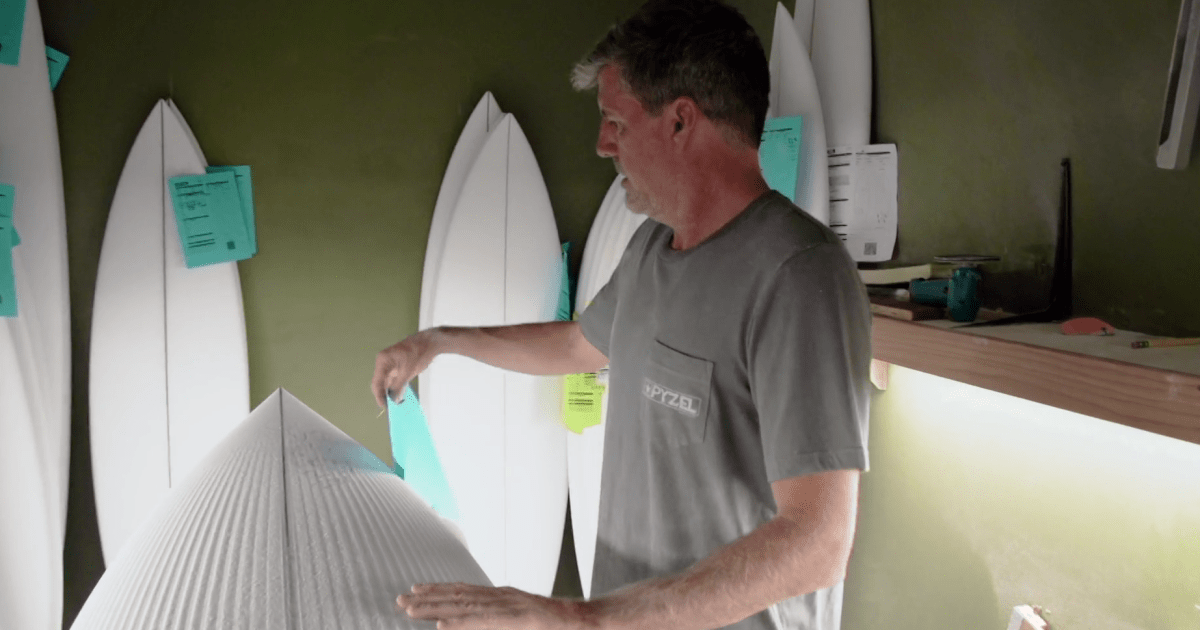 Shape just one. If it turned out poorly, he’d quit. That was the deal Jon Pyzel made to himself when he decided to shape, glass, sand, and wax up his first board as a young Santa Barbara transplant to Oahu’s North Shore. The ultimatum seems unbelievable in hindsight, considering Pyzel is now one of the most recognizable shapers in surfing, and the board oracle to the most talented surfer in the world. And he was going all-or-nothing on his debut ride, bringing no direct shaping experience with him to the island when he moved from California as a 23 year old. But for years, Pyzel’s observant study of Santa Barbara’s Matt Moore taught him the subtle intricacies of board design — enough for him to eventually test the techniques himself. He paddled out for the test run. The board, in Pyzel’s words, “wasn’t that bad.” Two-and-a half-decades and a world title-winning team rider later, Pyzel can hardly keep his boards on the shelves, as models like The Bastard (Now named The Radius) are the craft of progression for the North Shore’s elite, and beyond. The this episode of In The Shaping Bay takes us to Pyzel’s Waialua headquarters, where Jon reveals the personal details of his shaping journey, his relationship with John Florence, his thoughts on the future of surfboard construction, and more.

[Editor’s Note: This article and video were originally published in 2017]